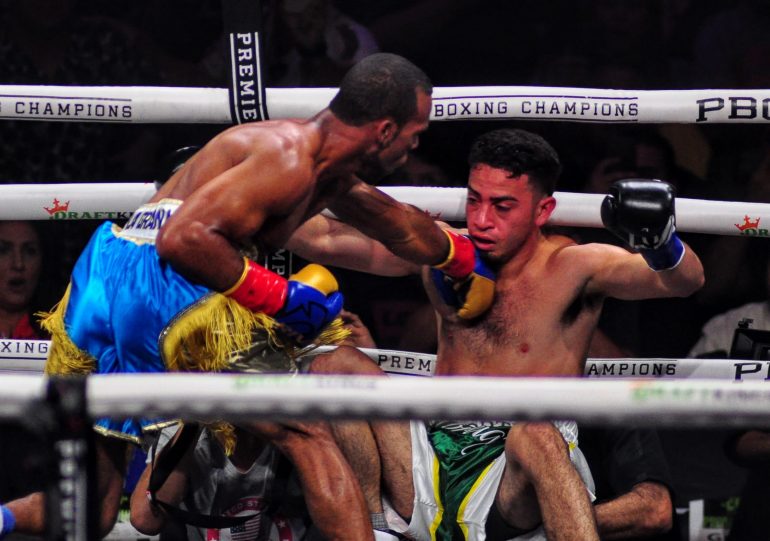 LOS ANGELES – Edwin De Los Santos was an unknown fighter a few weeks, but made a name for himself Sunday night at the expense of highly-touted prospect Jose Valenzuela.

De Los Santos overcame a knockdown to stop Valenzuela in round 3 before a boisterous crowd at Crypto.com Arena (formerly known as Staples Center).

Both southpaw fighters had their moments in the first round as Valenzuela landed the more telling punches early on.

Midway during the second round, Valenzuela landed a left to the body, following by a left cross to the head that dropped De Los Santos to the canvas. De Los Santos beat the count and stunned Valenzuela with a left of his own.

De Los Santos, who is promoted by Sampson Lewkowicz, took the fight against Valenzuela last week after original opponent, former contender Jezreel Corrales, withdrew from the fight due to visa issues.

Valenzuela, who is originally from Los Mochis, Mexico and now trains in Seattle, Washington, falls to 12-1, 8 KOs. In his previous fight on April 16, Valenzuela knocked out former world junior lightweight titleholder Francisco Vargas in the opening round.

The fight was void of action as both worked behind a jab. When they did engage, Spencer landed the more-effective punches throughout the fight.