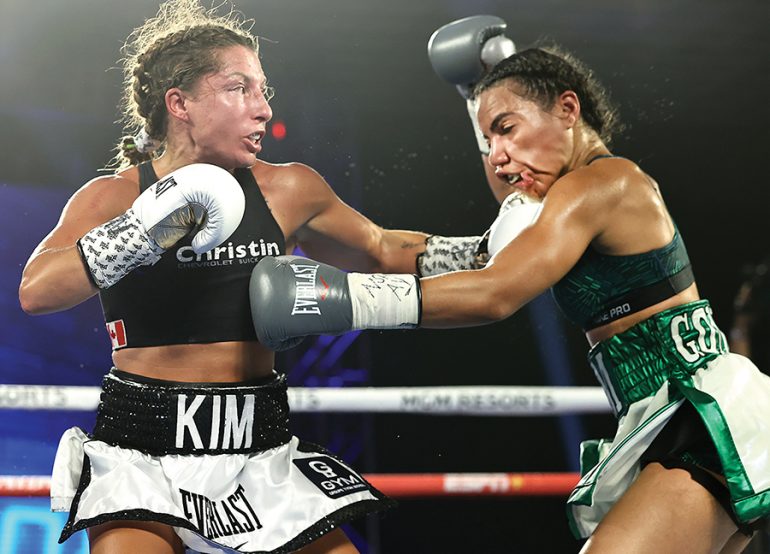 The 10-round bout will take place at the Place Bell in Laval, Canada, near Clavel’s hometown of Montreal.

Clavel-Nery is a clash between junior flyweights ranked in the top five of The Ring’s Female rankings. The 31-year-old Clavel and Nery are ranked No. 3 and 5, respectively.

“It’s been a long time since we’ve seen a local pugilist arouse so many passions,” said Michel, who runs Groupe Yvon Michel (GYM). “It was without hesitation that we took the gamble of reserving Place Bell for this first unification world championship in the history of boxing in Quebec, by a boxer in our region. We will be able to welcome the many fans of our new champion and allow them to attend this historic event.”

Clavel (16-0, 3 knockouts) won the WBC female title on July 29, defeating Yesenia Gomez of Mexico by unanimous decision. In her previous fight on March 11, Clavel stopped Bolivia’s Mariela Ribera Valverde after the fourth round.

During the height of the COVID-19 pandemic in 2020, Clavel dedicated her time as a nurse tending to the elderly in hospitals and nursing homes. Her work did not go unnoticed as she was awarded Pat Tillman Award for Service at that year’s ESPY Awards.

After winning the world title from Gomez, Clavel was grateful for the outpouring of support from fans.

“Since my conquest of the WBC world title, I have received thousands of extraordinary testimonies that touched me enormously,” said Clavel. “On December 1, I want to thank all my supporters for their support by launching me into this unique challenge to become unified champion. I promise not to disappoint you.”

Nery (28-2, 3 KOs), who resides in Mexico City, defeated Yesica Bopp on March 11 to win the WBA World Female Super junior flyweight title. The 28-year-old has won her last seven fights, all by decision, since losing to Kenia Enriquez in November 2017.

Despite defeating Bopp in Panama City, Nery does not mind again fighting abroad.

“I won my WBA title by dethroning champion Yesica Bopp in Panama, so I’m not afraid to go to Canada for this major fight in my career,” said Nery. “This unification is what I have been longing for a long time and it comes at the right time when I am at the peak of my career. My goal has always been to face the best. Kim Clavel is part of this category, and I am grateful to her for having accepted this duel.”

Francisco A. Salazar has written for The Ring since October 2013 and has covered boxing in Southern California and abroad since 2000. Francisco also covers boxing for the Ventura County (California) Star newspaper. He can be reached at [email protected] or on Twitter at FSalazarBoxing