Born on this day: Marlon Starling 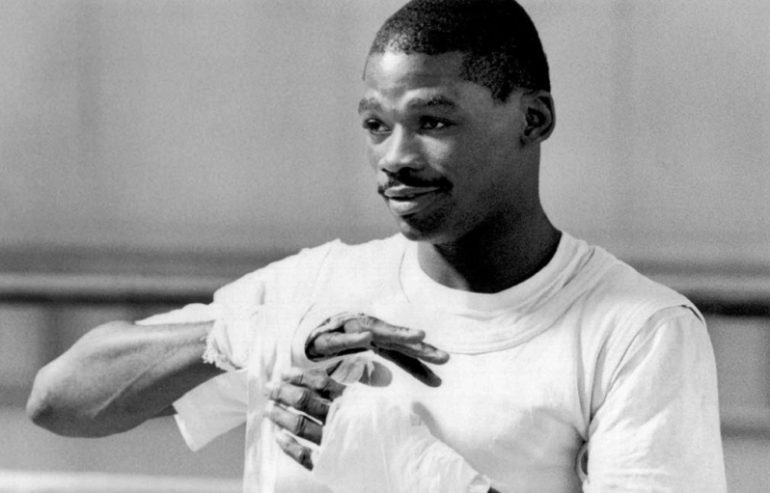 He was a two-time champion who fought some of the best men of his era, and he is turning 63-years-old today.

Marlon Starling was born in Hartford, Connecticut in 1959. Trained by Johnny Duke, he had a successful amateur career that culminated in 1979, when Starling turned pro and proceeded to score 25 straight wins until he ran into the great Donald Curry, dropping a 12-round split decision with a regional title at stake.

Seven fights later, and this time with the welterweight belts of both the WBA and the recently created IBF on the line, Starling lost the rematch against Curry over 15 rounds. He bounced back with wins over Floyd Mayweather Sr. and Simon Brown, until he finally had a new chance to grab a belt when he faced former Olympic sensation Marc Breland in a vacant WBA title bout.

Sterling won, and defended the belt against Japan’s Fujio Ozaki and later against Breland in a rematch (a draw). But then things got weird.

In his third title defense against Colombia’s Tomas Molinares, Starling was hit with a punch right on the bell at the end of the sixth episode. After going down to the canvas for the only time in his career, the referee counted Starling out and Molinares was declared the new champion by stoppage. The decision was later changed to a no-contest after a review, but Molinares was allowed to keep the WBA title.

One fight later, Starling defeated Lloyd Honeyghan for the WBC version of the title, and defended it once against Young Kil Jund.

That win would be the last one of his career. He lost a title bout by unanimous decision against Michael Nunn in a jump to the middleweight division, only to drop back down to 147 and lose his belt to Maurice Blocker in what became his last fight in 1990. He retired with a record of 45-6-1-1 (27 knockouts).