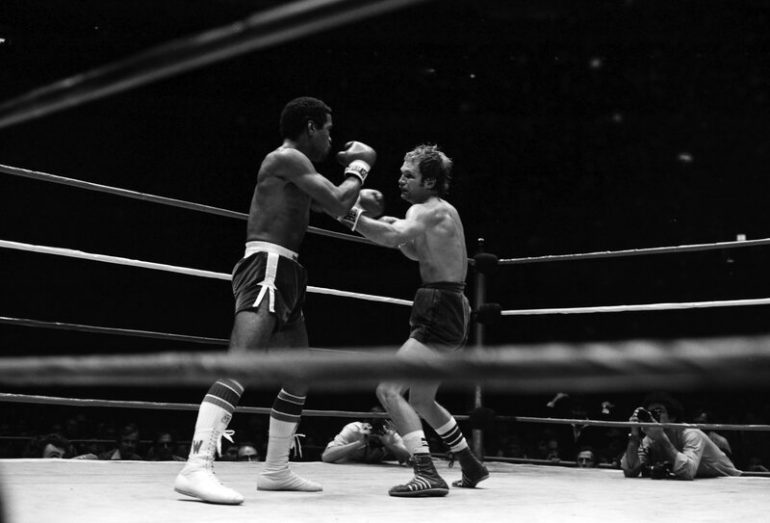 “El Radar” at his brilliant best.

Benitez, who was the reigning Ring champ at junior welterweight, was now campaigning at 147 pounds. The unbeaten Puerto Rican phenom was coming off a pair of very tough decision wins over Bruce Curry, but he was far more convincing in this fight.

A highly touted prospect, Shields (31-3) turned professional at lightweight. Back-to-back losses to Mexico’s Vicente Mijares – the second of which was a title eliminator – forced him to move up and he’d had mixed success. The amiable Californian was impressive against Ray Lampkin (TKO 3), but succumbed to a stoppage defeat at the hands of Pete Ranzany (TKO 11).

Against Benitez, who remains the youngest fighter to ever win a world title (17 years, five months and 24 days), Shields was a step or two behind once again.

Up close and at distance, Benitez was the superior fighter. Shields, a former amateur standout, was competitive at points, but the bout was slipping away from him entering the middle rounds.

Midway through the sixth, Shields was nailed by a stiff right behind the ear that had an immediate effect. Benitez followed up quickly with a left hook that set up an explosive right-hand knockdown. Shields managed to fight back, but he was woozy at the bell and pulled out of the fight.

Benitez, who improved to 35-0-1, would dethrone the excellent Carlos Palomino (SD 15) to pick up Ring and WBC welterweight titles in January 1979.

Shields would go 10 rounds with Sugar Ray Leonard in his very next fight before losing on points. He would also suffer setbacks to future Hall of Famers Pipino Cuevas (UD 15) and Thomas Hearns (TKO 12) in welterweight title bouts.