The heavyweight division could be Jared Anderson’s playground 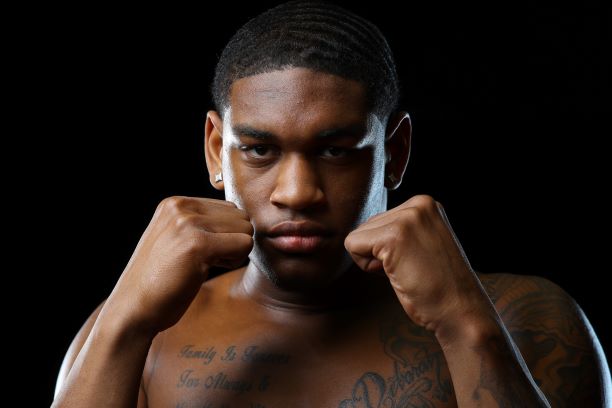 Jared “The Real Big Baby” Anderson is 22 years old. The undefeated Top Rank heavyweight has no problem coming out and saying that he sees himself on top of the heavyweight picture. Tyson Fury, the reigning WBC heavyweight titlist and former heavyweight world champ, last week relinquished The Ring belt. “The Gypsy King” is retiring one moment and coming back the next. Oleksandr Usyk, the current Ring, IBF, WBA and WBO world champion, claims he’s going to retire if Fury is not his next opponent.

Deontay Wilder is returning to the ring in October, and everyone in The Ring’s top-10 ranked heavyweights are 30 and over, with Joseph Parker, Frank Sanchez and Filip Hrgovic sitting right at 30, and Cuban expatriate Luis Ortiz playing the granddad of the bunch at 43.

So, everything is out there for Anderson (11-0, 11 knockouts) to take. He’s the puppy dog among the old guys. He’s looking at 28-year-old Serbian Miljan Rovcanin (24-2, 16 KOs) as a minor stumbling block along the way, when the two meet in a 10-round co-feature of the Top Rank 10-round main event between junior lightweights Jose Pedraza and Richard Commey that will be broadcast live this Saturday on ESPN, ESPN Deportes and ESPN+ from the Hard Rock Hotel & Casino Tulsa in Tulsa, Oklahoma.

“I see myself at the top (of the heavyweights) and I base that on my skill, my ability and my IQ,” said Anderson, who will be returning to the ring for the first time since December when he knocked out Oleksandr Teslenko in two on the Vasiliy Lomachenko-Richard Commey undercard. “I’m the fighter I want to be every day I wake up. I also try to be 1-percent better. I don’t have much to say (about Rovcanin). I know his record is decent and I plan on stopping him. I push myself every day. I push myself in every workout that I do.

When asked what he sees when he looks at the heavyweight division, Anderson says he sees “a playground. I see the climbers over here and the monkey bars over there (as he’s motioning with his hands); the slide over here. It’s a jungle gym. I’m 22. I won’t be 23 until November. I feel like it’s approaching me soon (where he’ll be too dangerous for the division elite, and too good for the gatekeepers). It’s why I’m trying to get to those names in the division quicker. I would like to face Hrgovic (who struggled last weekend on the Usyk-Anthony Joshua undercard against previously undefeated Zhilei Zhang).

“There are a few others like (Arslanbek) Makhmudov, and Carlos Takam out there.”

Right now, Anderson says he’s most pleased with his jab, and he stresses he can always improve on his defense.

“My fun comes from the peer moments, working with the kids and sparring with Shakur Stevenson (at J Prince’s Boxing Gym in Houston). I see the little kids working, and just being in the gym when no one is watching, those are fun moments. A few months ago, I sparred Shakur. I know there is a size difference (laughs). It’s a challenge for him, and it’s a challenge for me.

“But it’s mostly about giving each other a hard time (laughs). We both gain from it. I know my team has my best interest. I’m still being trained by Daryl Riley. I got to fill my time (away from the ring) working with kids and trying to build an elite amateur program in Houston. The kids are from 7 to 18 years old. It’s really rewarding.”

The kids look up to Anderson. It may just be a matter of time for the heavyweight division to look up to him, too.

“I’m excited to see how this (future) unfolds and I know that I’m one of the best, if not the best, fighter right now, so I’m real confident,” Anderson said. “I don’t know anyone that can beat me, until they prove me wrong.”

No one has yet.