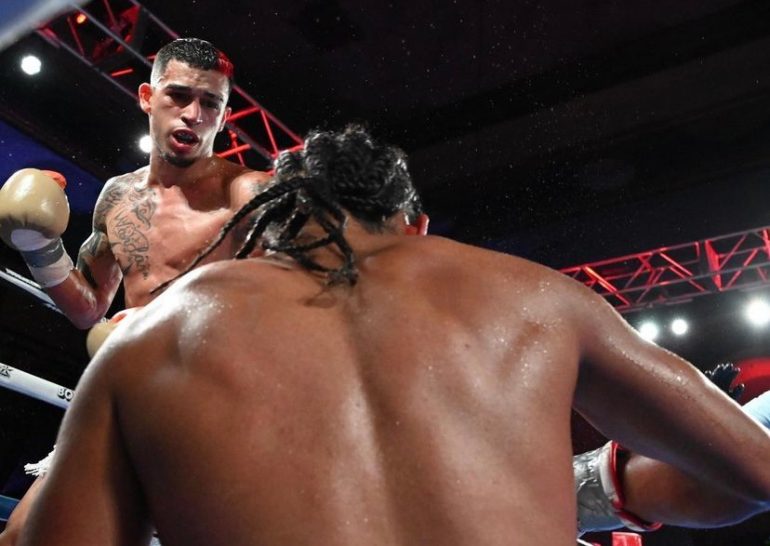 ATLANTIC CITY — Bantamweight prospect Emmanuel “Salserito” Rodriguez had no trouble in his first ten-round assignment, knocking Frank Gonzalez down three times to win by fourth round stoppage on Saturday at Boardwalk Hall in Atlantic City, N.J.

Rodriguez (12-0, 7 knockouts) of Newark, N.J. by way of Quebradillas, Puerto Rico says he hopes to be back in the ring in October or November in Puerto Rico.

The 29-year-old spoke to The Ring’s Ryan Songalia after the fight about climbing up the 118-pound rankings, gaining more experience as a contender and representing his Taíno roots with his ring attire.