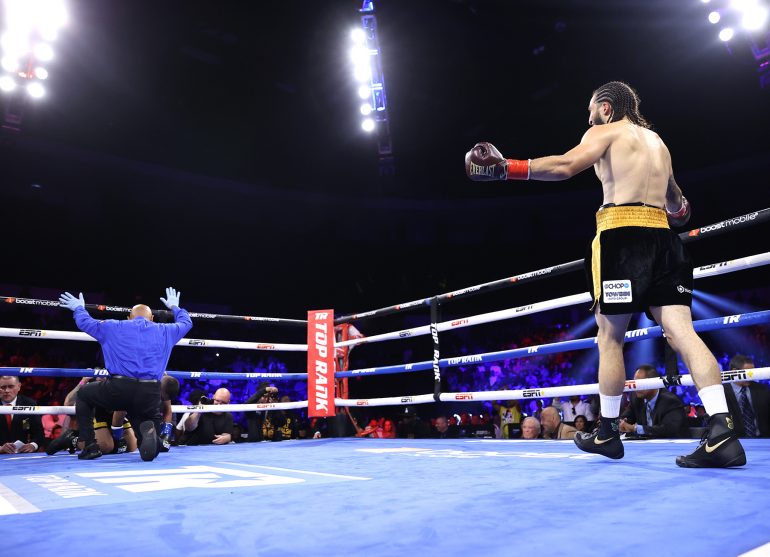 Fighting in the same arena where his grandfather, Muhammad Ali, suffered a broken jaw in his clash against Ken Norton in 1973, Walsh worked behind a consistent jab as Reyes looked to counter from the opening bell.

During the last 30 seconds of the second round, Walsh landed a two-punch combination to the body that dropped Sanchez to both knees. Referee Eddie Hernandez counted Sanchez out at 2:45.

Saturday’s fight against Sanchez was a rematch of their December 11 clash, which Walsh won by majority decision. Walsh did not like how he performed and how close the fight was and asked for the rematch.

Walsh was pleased with his performance in the rematch and looks forward to his next fight.

“It was everything that I was working towards,” said Walsh after the fight. “The hard work is showing in the ring. It’s a new me.”

Walsh is now being trained by Kay Koroma.