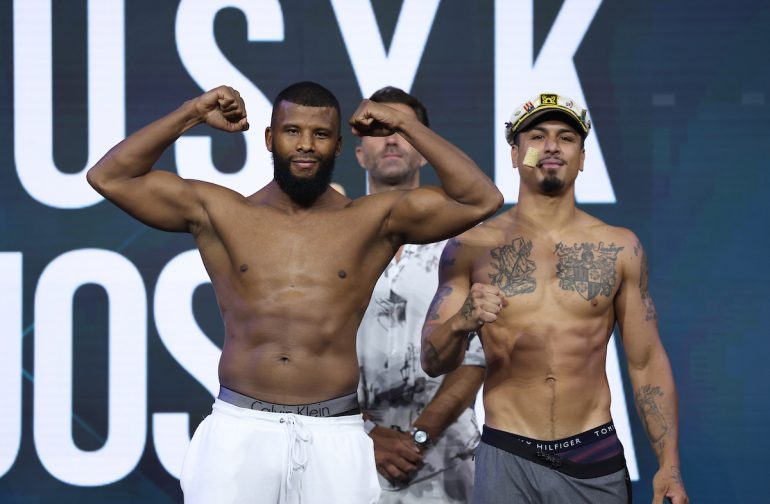 Badou Jack scoffs at it. When he’s reminded again that he’s 38, the former two-division titlist laughs so loud that he could have heard him all the way from Jeddah, Saudi Arabia, where he had just landed Thursday night to be on the Oleksandr Usyk-Anthony Joshua II undercard this Saturday.

“I really don’t know too much about Rivera, but I can tell you this is the first time that he’s fought on this kind of level,” said Jack, who is fighting for the second time this year and carries a four-fight winning streak into the bout after his taut split-decision loss to then-WBA/WBC light heavyweight titlist Jean Pascal in December 2019. “I’ve trained hard for this fight, like I do every fight. I train like I’m fighting a champion.

“Cruiserweight is a little bigger for me, but I think Rivera is coming up in weight, too. It just became too tough for me in the last few years when I was fighting at super middleweight. I always felt that I was a natural light heavyweight and then I struggled a little there, too. I have more energy, I feel fast, and I’m a young-38.”

Jack takes a lot of pride in how he takes care of his body.

“I haven’t slowed down and my numbers are getting better and better,” Jack said. “My punches per round in sparring are still good. The name of the game is that I hit you and you don’t hit me. What’s been a big help, too, is my last three fights have been in this part of the world (he stopped Hany Atiyo in one in May in Abu Dhabi; and stopped Samuel Crossed in two in November 2021 in Dubai). My body is used to the time difference. I’m always welcome here in this part of the world.

“Coming in a few days before is not that much of a problem. This guy has not really fought anyone. I’m fighting this guy to stay busy and look to fight again before the end of the year. I have a great team around me. They keep me going.”

Jonathan Banks trained Jack in Las Vegas and will be arriving in Saudi Arabia on Friday. Banks shared time between training Jack in the morning and making the drive back to Big Bear, California, to train Gennadiy Golovkin for his September 17 showdown with Canelo Alvarez in Las Vegas.

Jack said he got some good sparring in. He said he saw about 20 seconds of Rivera’s herky-jerky, awkward style, which he’s faced before.

“A lot of guys I came up with, guys two, three, four years younger than me are all out of boxing; they retired a long time ago,” Jack said, laughing. “I’m still here. I’m not making any more 8-mile morning runs, but I’m getting my miles in. I still love to eat good food, and it’s why I’m probably a cruiserweight (laughs). I’m going to get this ‘W.’ This guy doesn’t know who he is in the ring with.”