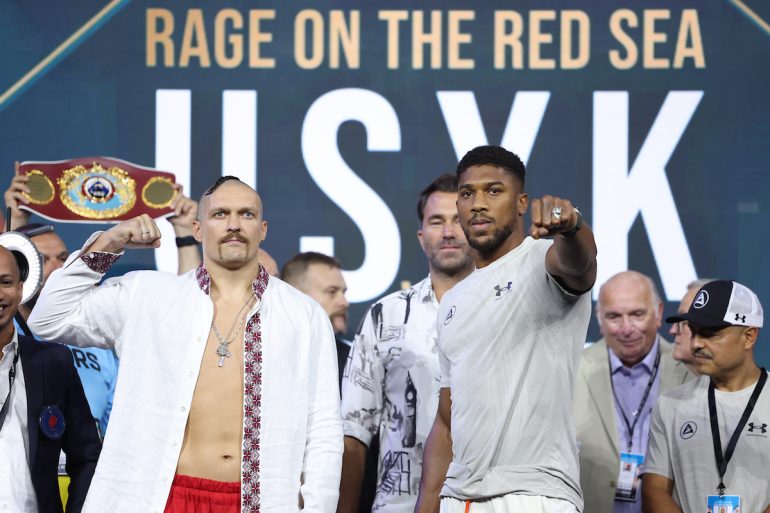 Oleksandr Usyk and Anthony Joshua have weighed in ahead of Saturday’s eagerly anticipated rematch at the Jeddah Superdome and both men registered numbers close to what they brought into chapter one.

Usyk, 35, will be defending IBF, WBO and WBA titles against the very man he soundly outpointed in London last September. The Ukrainian southpaw came in at 221.5 pounds, which is just a quarter-pound heavier than last time.

“We’ll see what happens tomorrow. Thank you very much. Lord help us.”

Joshua, 32, came in at 244.5 pounds, four pounds heavier than last year. In terms of revenge assignments, this is not the former unified titleholder’s first rodeo. In December 2019, he soundly outboxed Andy Ruiz (UD 12) to avenge a shocking seventh-round stoppage defeat six months earlier.

Following Tyson Fury’s recent retirement announcement, The Ring’s vacant heavyweight title will also be at stake in this fight. Usyk and Joshua are rated No. 1 and No. 2, respectively. 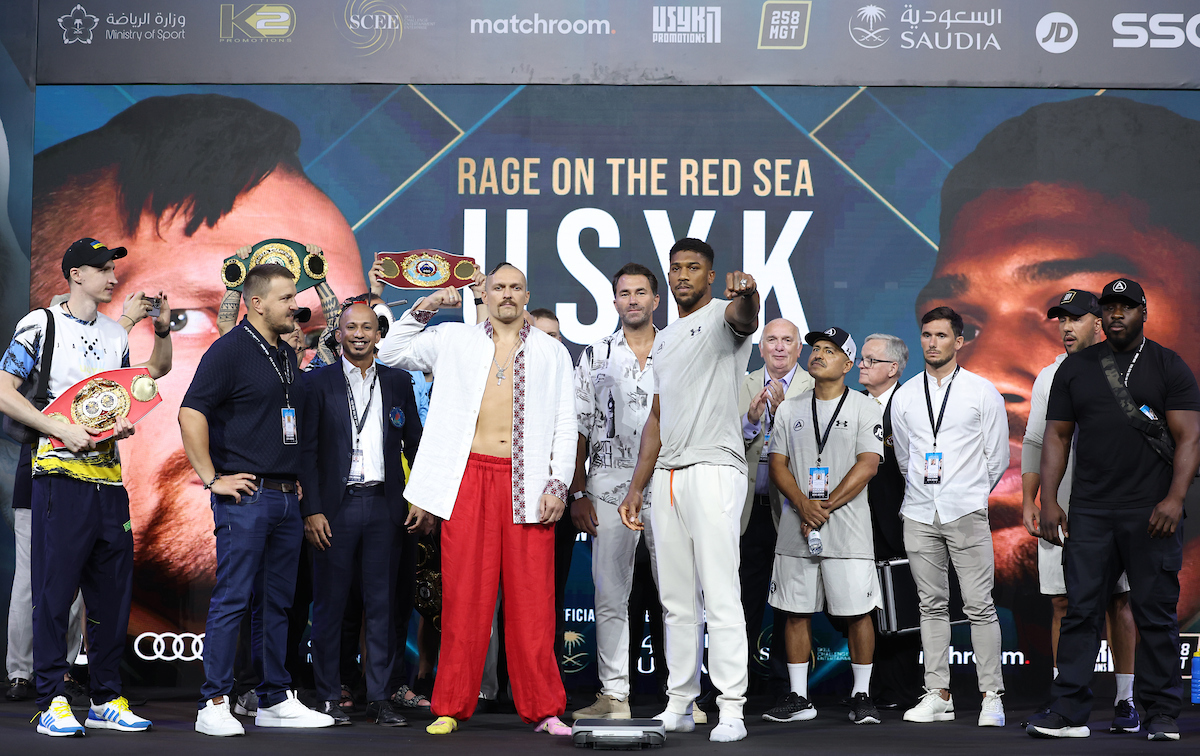 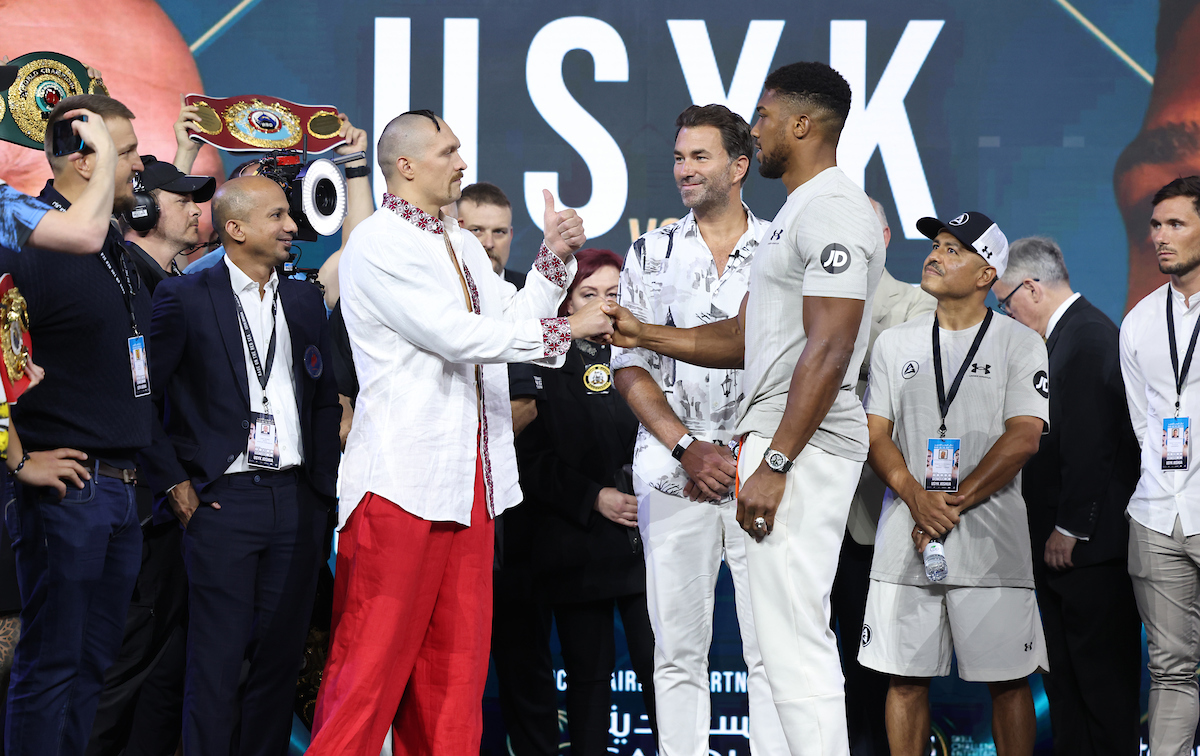 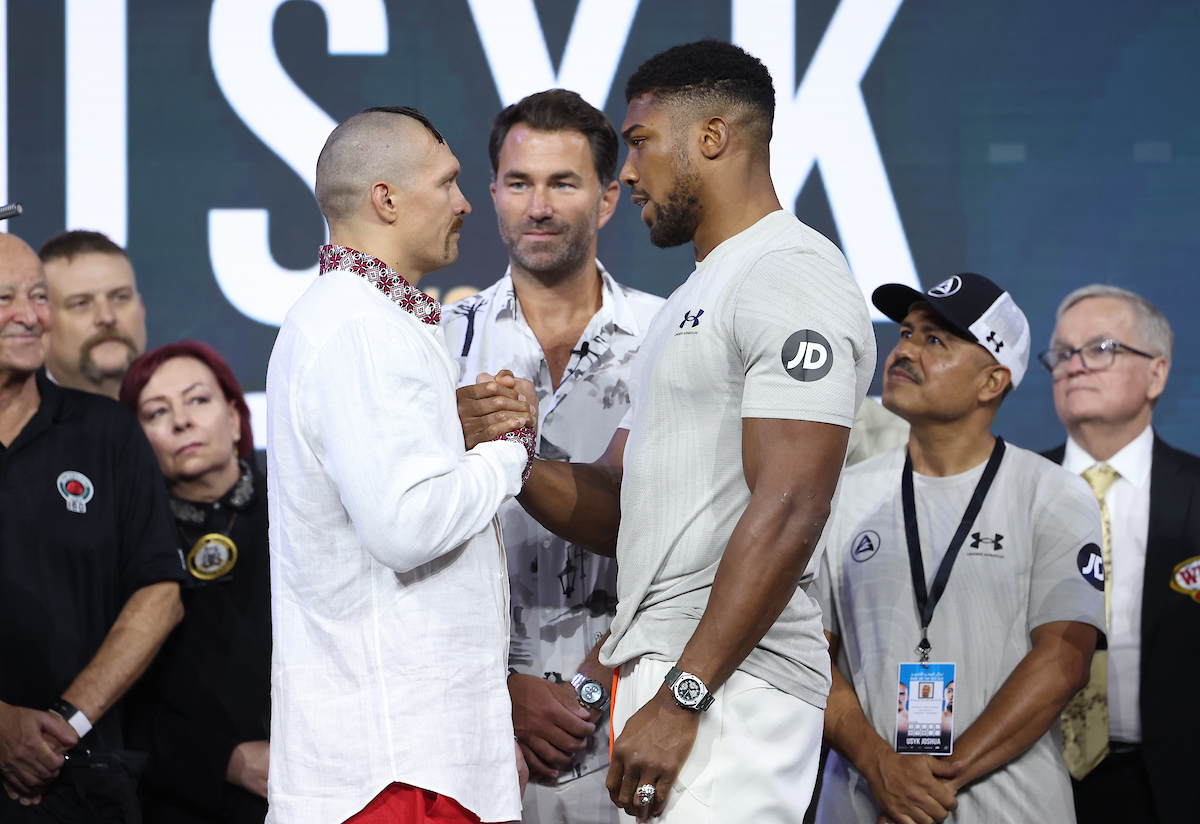 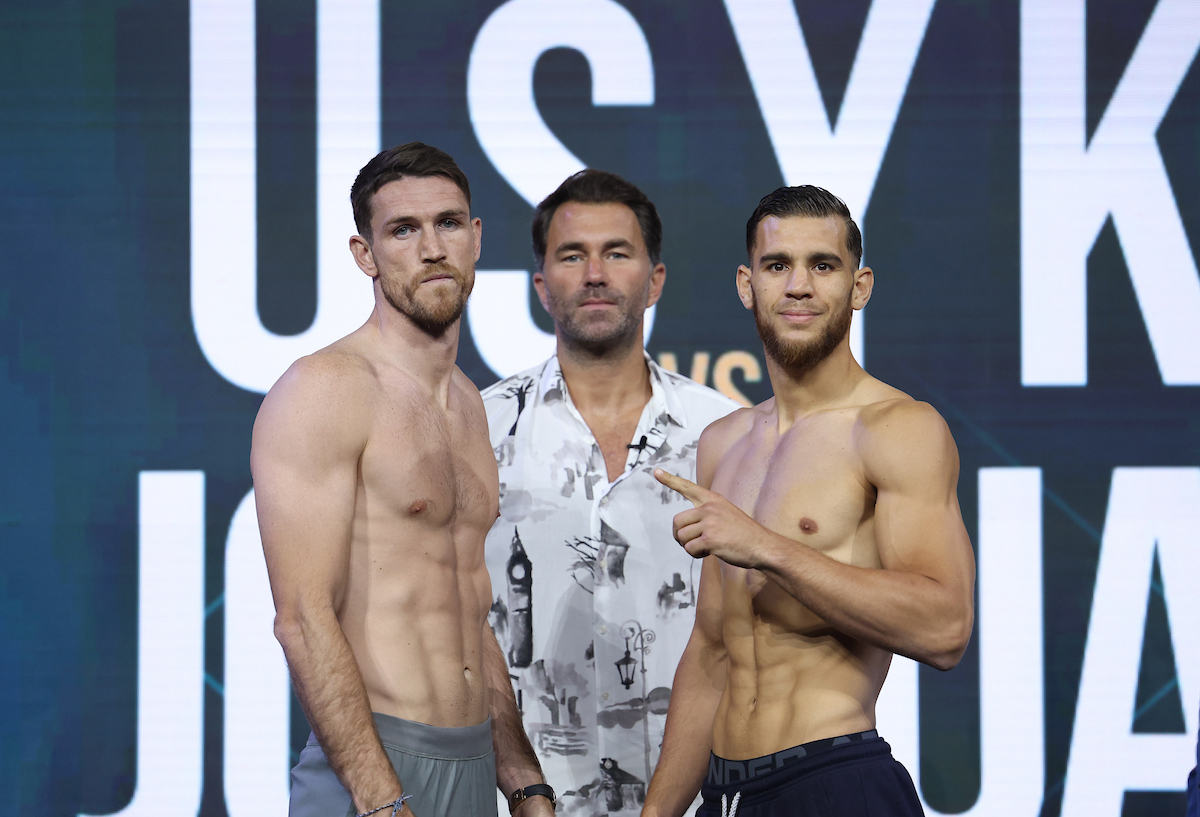 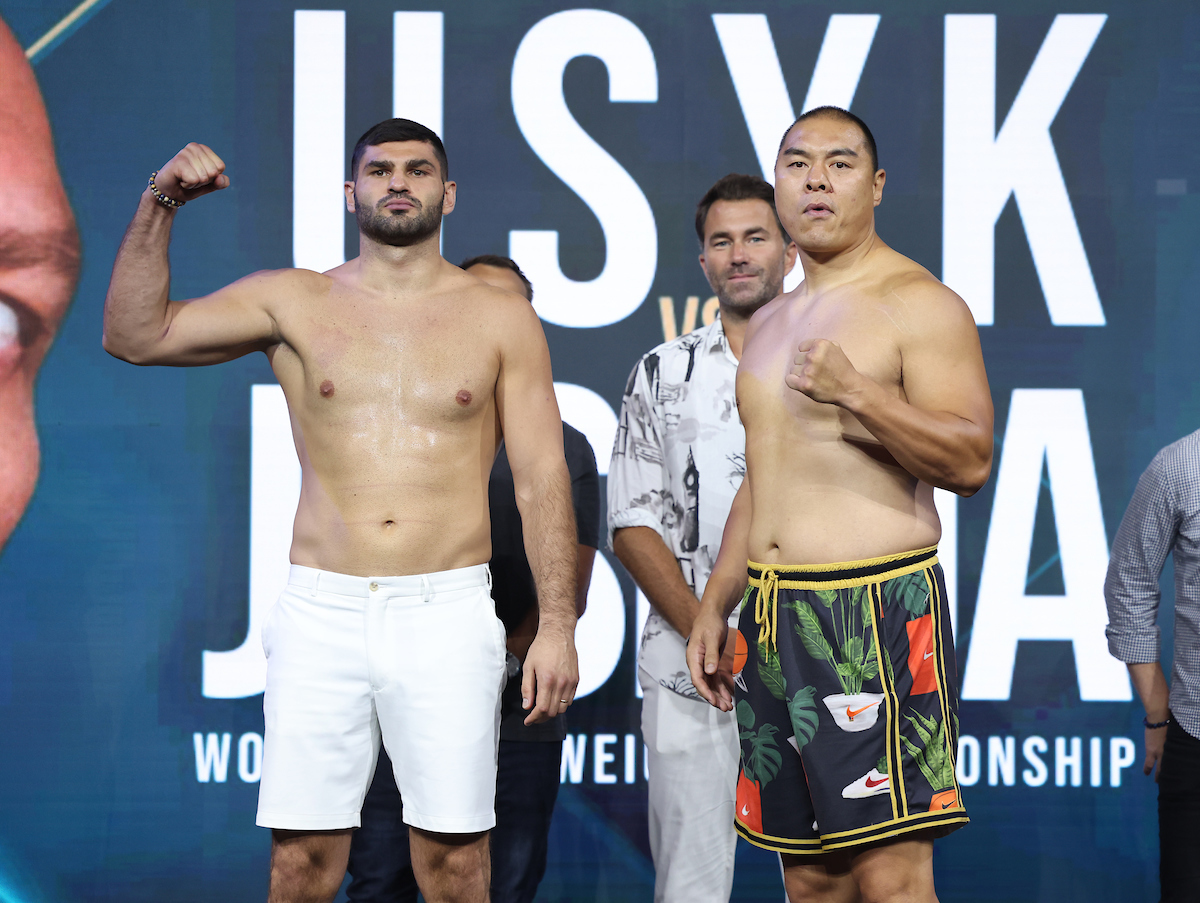 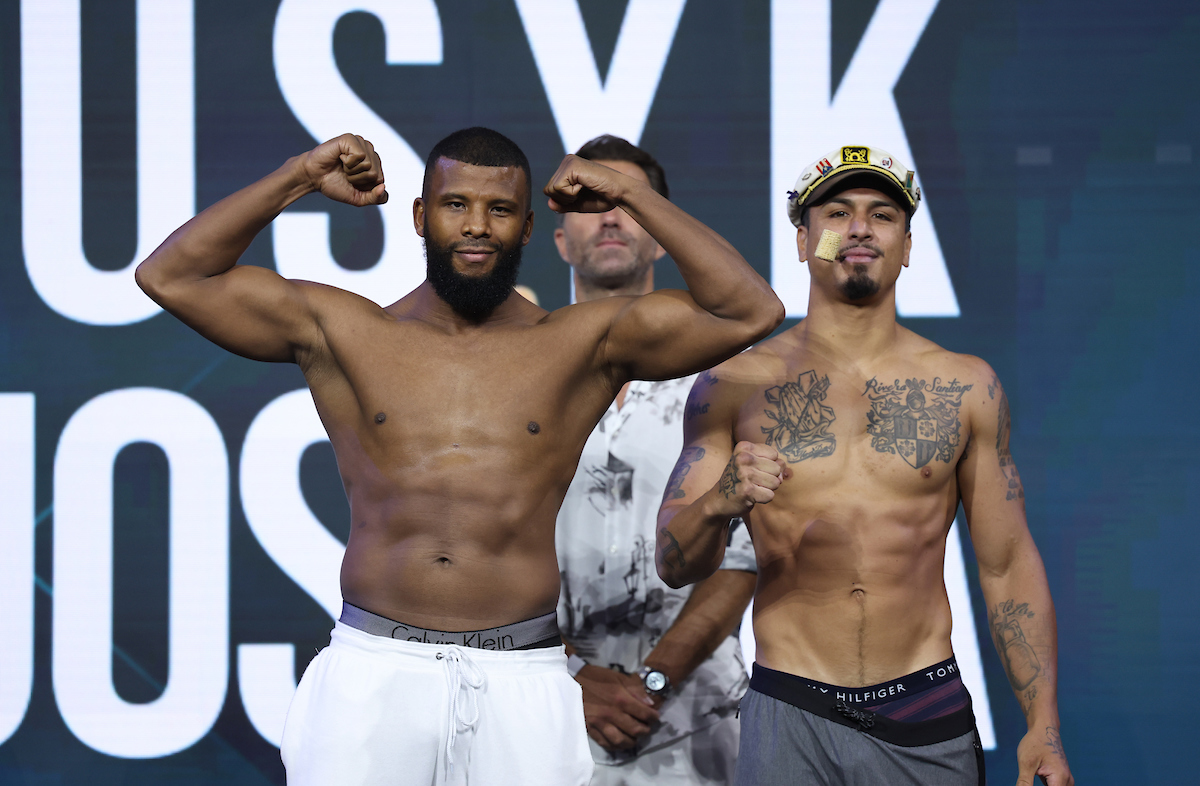