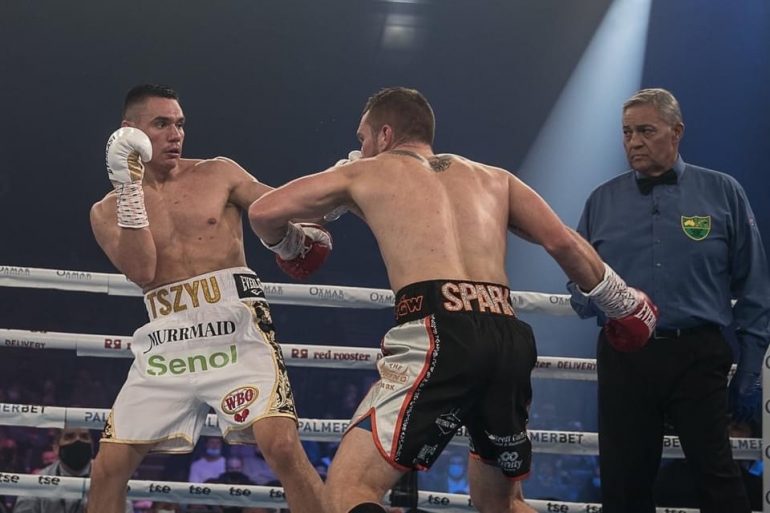 The 25-year-old from Toowoomba in Queensland turned professional in 2014 whilst still a teenager, getting off to a perfect start with a TKO win over Kyle Teer at the Rumours International Centre in his hometown.

After a points loss to China’s Baishanbo Nasiyiwula in his second fight, ‘The Viking’ set about putting the Australian scene on notice, cutting a swathe through the Super-Lightweight and Welterweight divisions.

He suffered his second loss when he stepped in on late notice to fight Tim Tszyu for the Commonwealth Boxing Council and WBO Global Titles up at Super-Welterweight after Tszyu’s original opponent withdrew seven days out from the fight.

With 14 of Spark’s 15 wins coming by way of knockout, Spark promises to excite DAZN subscribers around the world with his all-action approach, and the former IBF and WBC Australasia Champion will have news on his next fight confirmed soon.

“This is a dream come true for me teaming up with Matchroom Boxing and huge news for Australian boxing,” said Spark. “We have a big fight announced shortly, I’ve been working for opportunities like this my whole career and I’m ready to make it count and announce myself on the world stage.”

“I’m delighted to welcome Stevie to the team and look forward to delivering him big opportunities,” said Matchroom Sport Chairman Eddie Hearn. “Stevie is an all action fighter that is ready to fight anybody at 140lbs and will be confirmed in a big fight very soon. As we get set for our first Australian show, Stevie is just one of many new upcoming Australian additions to the Matchroom Boxing team.”