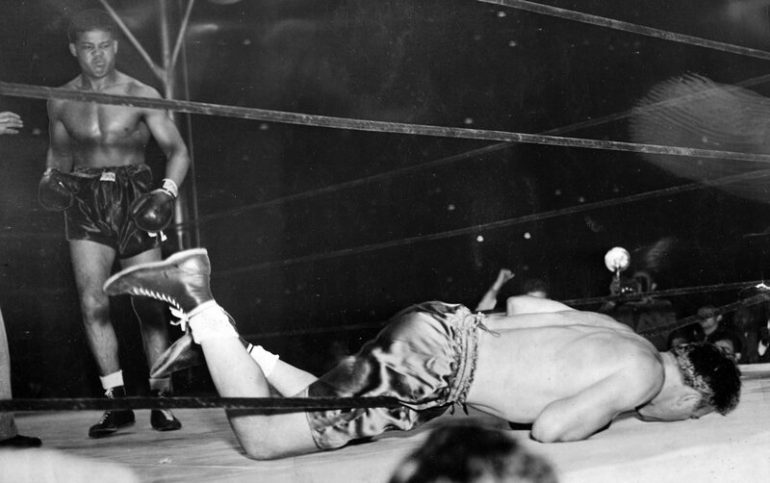 The creation of a truly great heavyweight champion enters its second phase.

The 22-year-old Louis was coming off his first professional defeat. Just two months earlier, “The Brown Bomber” was outboxed and stopped in 12 rounds by another ex-champion, Max Schmeling. Louis had taken his reputation for granted and came unstuck against a more experienced foe.

He would never make that mistake again.

Sharkey was on the downside of his career and had been relative inactive in recent years. In his previous seven fights, he was 4-2-1 and had suffered convincing losses to Primo Carnera (TKO 6); who took his championship in June 1933, and King Levinsky (UD 10). The 33-year-old Sharkey was a respected – but safe – opponent.

Following a relatively quiet opening round, Louis, a 4-1 favorite, became much more aggressive in the second. Detroit’s favorite son belabored Sharkey against the ropes and floored him with a pulverizing right hand. Badly wounded, the former champ struggled to recover and was down again before the round ended.

It was just a matter of time.

Early in the third, another pair of savage right hands put Sharkey down and partially through the ropes. The grizzled veteran struggled to one knee and took as much of the count as he could before rising slowly. Louis quickly closed the gap and – with the incredible punch variety that would define his legendary championship career – ended the fight with a right uppercut-left hook combination.