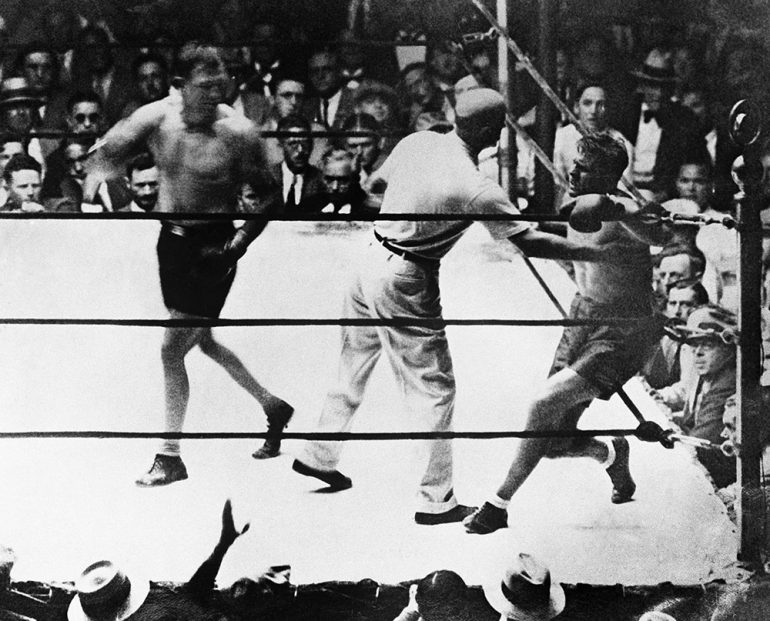 His name is a composite from two of his heroes. In due time, he inherited their qualities as well.

Jack Sharkey’s birth name was Joseph Paul Zukauskas, the son of a Lithuanian couple born in 1902 in upstate New York. He started his professional career in 1924 with a first-round stoppage win, already using the name that would make him famous.

Back in those days, the custom of “anglicising” names was very common in the boxing world, with fighters changing their names to make them more appealing beyond their own communities. And just as Benjamin Leiner became Benny Leonard or Guglielmo Papaleo turned into Willie Pep, so did Joseph Zukauskas become Jack Sharkey by combining the names of heavyweight champion Jack Dempsey and “Sailor” Tom Sharkey, a legendary contender of his era.

Soon enough, he found himself making some progress after a rocky start, and in 1926 he had his first big win against a top contender in the form of the extraordinary Harry Wills. Sharkey defeated Wills by disqualification, an anticlimactic finale that would repeat itself throughout Sharkey’s career.

After beating former light heavyweight champ Mike McTigue and contender Jim Maloney in 1927, Sharkey found himself facing one of his idols in Jack Dempsey. As a frustrated Dempsey landed a few low blows, Sharkey turned his attention to the referee to complain, only to be knocked out by a Dempsey left hook.

With another banner year in 1928, defeating Tom Heeney and former light-heavyweight champion Jack Delaney, Sharkey inched closer to a world title shot. After defeating all-time great light heavyweight champion Tommy Loughran in 1929, he was finally matched with German contender Max Schmeling on June 12, 1930 for the title left vacant by retiring Gene Tunney. In another anticlimactic ending, Sharkey was disqualified in the fourth round after delivering a low blow. This was the first time in boxing history that the heavyweight championship was won on a foul under the Marquis of Queensberry rules.

Sharkey earned his chance of a rematch by defeating the towering Italian heavyweight Primo Carnera, and proceeded to defeat Schmeling in a controversial split decision to finally win the Ring heavyweight championship in June of 1932.

His reign would be short-lived, however. Sharkey would lose the title on June of 1933 in a rematch with Primo Carnera. After a 2-4-1 streak that included a stoppage loss to a young Joe Louis, Sharkey would finally retire in 1936 with a record of 38-14-3 with 13 knockouts.

He passed away at the age of 91 in his home of Beverly Massachusetts, on August 17, 1994. He had been inducted into the International Boxing Hall of Fame on that same year.