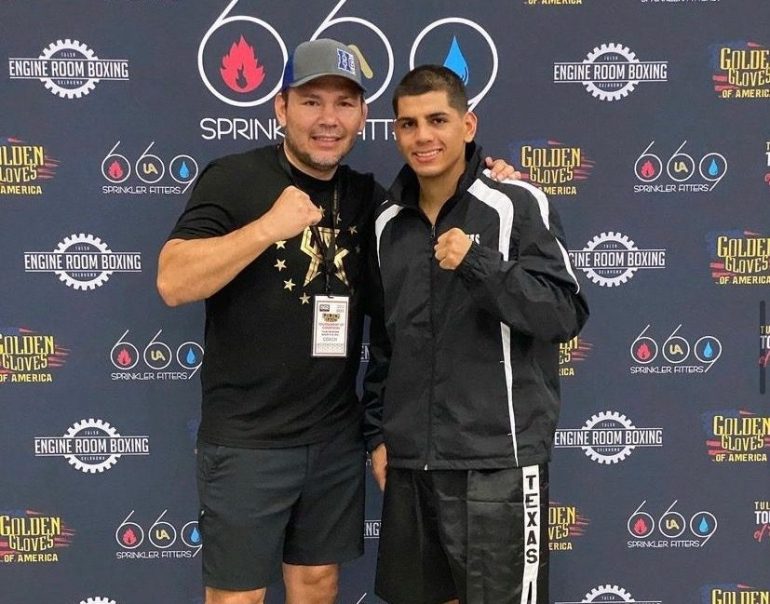 Former two-time world junior middleweight titleholder Raul Marquez may be hard on son Giovanni in the gym, but he can occasionally show praise, especially after his most recent outing.

“I was happy,” quipped Marquez.

Giovanni Marquez, an amateur standout and current welterweight prospect, stopped William Marcell Davis of Memphis, Tennessee this past Saturday night in his hometown of Houston, Texas, improving to 3-0, 2 knockouts.

The 21-year-old Marquez, who is managed by David McWater, dropped Davis (5-14-1, 5 KOs) three times during the second round, all from left hooks or combinations to the body. Referee James Green counted Davis out at 2:06.

Saturday marked Marquez’s return to the Bayou Event Center, where he fought on June 17, also knocking out journeyman Ariel Vasquez of Nicaragua in the second round. Earlier this year, on March 11, Marquez made his pro debut in the opening bout of a ShoBox telecast, overcoming a slow start to defeat Nelson Morales by unanimous decision.

Raul Marquez, who is Giovanni’s trainer, was pleased with his son’s performance.

“The other fighter was game,” Marquez told The Ring. “He tried, but Giovanni established the jab early on (to eventually break him down). What helped was that Giovanni showed a lot of composure. The Houston crowd keeps growing. On to the next.”

In the main event, junior lightweight prospect Eridson Garcia of the Dominican Republic improved to 17-0, 11 KOs by stopping Houston’s Gabriel Smith (11-3-1, 4 KOs) at 2:40 of the seventh round.

Hard-hitting lightweight Luis Acosta of Houston, who also fought on the March 11 ShoBox telecast, got back in the win column, stopping Mexico’s Abdel Sauceda (11-2, 7 KOs) at 2:54 of the fourth round. Acosta improves to 13-1, 12 KOs.