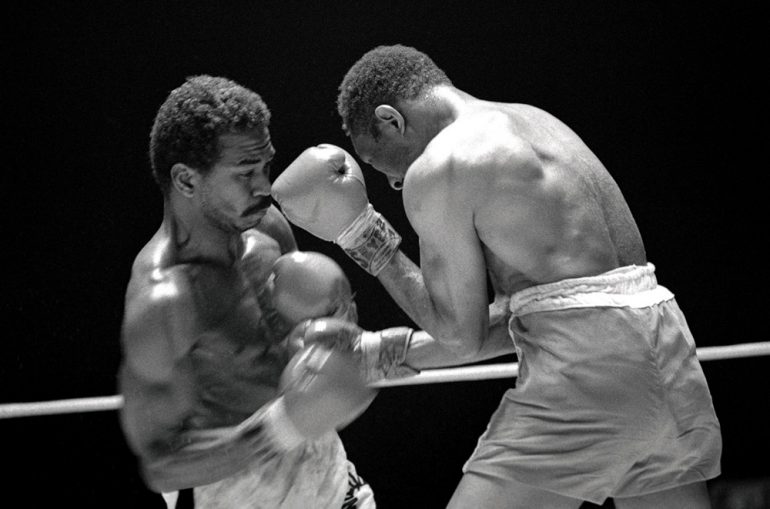 If you were a masterfully skilled boxer back in the day, you could be “sweet” (see Robinson, Ray) or “smooth”. Our subject of today’s DOTD article was part of the latter group.

Jose Angel Napoles was born April 13, 1940 in Santiago, Cuba. He made his debut as a professional in 1958 with a first-round stoppage, and proceeded to have 20 more bouts in his native country before resettling in Mexico in 1961 after Cuban president Fidel Castro banned professional boxing in the embattled island country.

Continuing his career out of Mexico City, “Mantequilla” (“Butter,” a nickname that reflected his smooth boxing skills) started piling up more wins before taking his act abroad, fighting in Venezuela and Japan among other countries.

After a long period as a top contender, defeating the likes of LC Morgan, Adolpho Pruitt, Carlos “Morocho” Hernandez, Tony Perez and many others, Napoles was finally ready to challenge for a world title in 1969, and quite a challenge he found in front of him in the form of all-time great Curtis Cokes, who was the Ring welterweight champ at the time.

A powerful, two-fisted demolition expert with superb boxing skills, Cokes was one of the most avoided men of his era, but Napoles, with more than 60 fights under his belt, was ready for him. He stopped Cokes in 14 rounds and defeated him again in the rematch to start a legendary championship run that included wins over other all-time greats such as Emile Griffith, Ernie Lopez, Billy Backus (against whom he lost the title in 1970 in a cuts-induced stoppage only to regain it by knockout in the rematch six months later), Hedgemon Lewis and many others.

Five fights and 17 months later, he would lose his belts against Britain’s John Stracey and then retire for good. His final record of 81 wins against seven loses with 54 knockouts fails to reflect his superb, world-class defensive skills, his extraordinary accuracy and balance, and his almost perfect footwork.

Affected by a long illness, Napoles died on August 16, 2019 in Mexico City at the age of 79. He had been inducted into the International Boxing Hall of Fame in 1990.