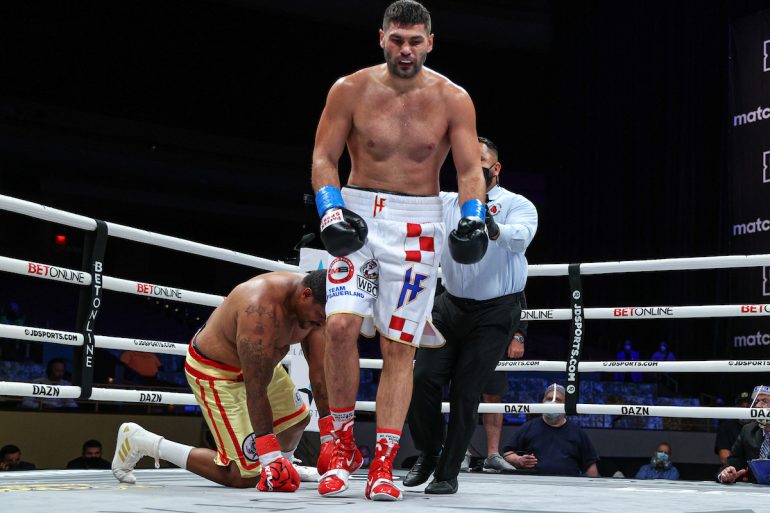 Unbeaten heavyweights Filip Hrgovic and Zhilei Zhang will collide on the undercard of the Oleksandr Usyk-Anthony Joshua rematch at the Jeddah Superdome in Saudi Arabia on Saturday.

Hrgovic, who is rated No. 9 by The Ring, is one of the division’s brightest young stars and a victory would be a significant step toward securing a world title bout.

“The winner gets IBF mandatory challenger status. I’m looking forward to it.”

When the hard-hitting Croatian steps into the ring with Zhang, it will snap an eight-month spell of inactivity. This fight was originally scheduled to take place on the Canelo-Bivol undercard, in May, but Hrgovic’s father tragically died.

“My father passed away in April when I was preparing for the fight,” he explained. “I had a really hard time, it’s still a hard time. I am thinking about him every day. I have found motivation to fight for him, and I found strength in myself to do a good camp and hopefully I show that in Saudi Arabia.”

Hrgovic, who trained in Houston under the watchful eye of coach Ronnie Shields over the last three months, believes Zhang will provide him with a test.

“Zhang is a good fighter,” he acknowledged. “He’s big, he’s southpaw, and he has fast hands for a big guy. I expect a good fight.

“He’s not so good fighting with me, that’s his problem. I’m a different kind of animal. I think my advantages are that I’m faster, I throw more punches, I’m more aggressive, and I have faster feet.” 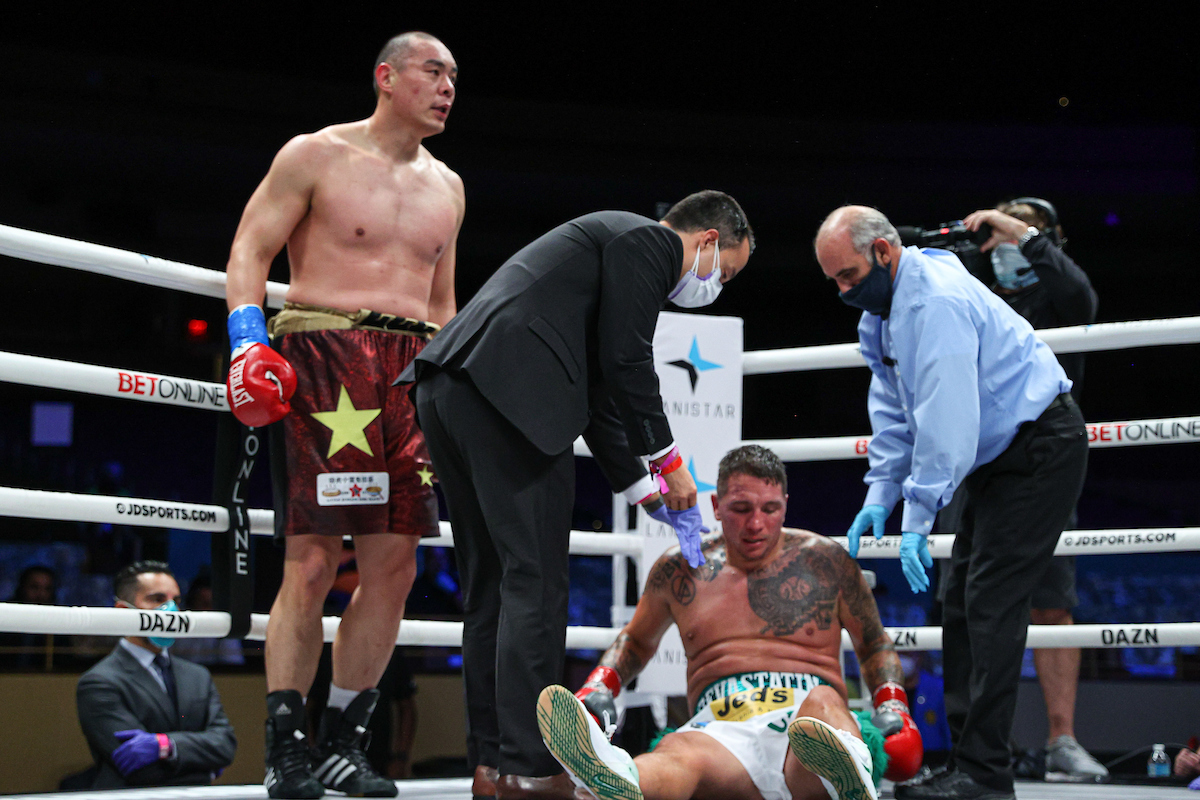 The 30-year-old, who flew to Jeddah via Doha yesterday, will be an interested spectator when the main event begins.

“I think Joshua will be better this time with a new coach, but it will be hard,” Hrgovic explained.

“The edge is on Usyk’s side because he beat him the first time. I can’t tell who will win, but I think Joshua will be better because he didn’t show a lot in the first fight. He’ll probably start more aggressively and throw more punches. But then maybe he gasses out in the later rounds, so it’s dangerous. I think it will be an amazing fight. I would say Usyk [wins] because he beat him already, but you cannot write off Joshua.”

Should Hrgovic deal with Zhang, he’s unsure if a world title fight would be next.

“Maybe some other organization will [name a] mandatory challenger,” he reasoned. “I don’t know what will happen. There are a lot of different scenarios here. I hope I get the win, put myself in line, and I’ll wait for my chance.

“I would like one or two more fights before a world title challenge, but if they invite me, I’m ready.”

Hrgovic’s co-promoter, Kalle Sauerland of Wasserman Boxing, is eager for his fighter to make a statement.

“I expect Filip to go in there and do the business,” said the promoter. “He’s been waiting a long, long time for this opportunity. I think he’ll take it with both hands. I expect him to stop Zhang in style and cement his position to fight the winner of Usyk-Joshua.”

Zhang captured silver for China at the 2008 Olympics and lost narrowly to eventual gold medal winner Anthony Joshua at London 2012. “Big Bang” turned professional in 2014. His progress has been slow, but he remains unbeaten in 25 fights. Zhang, now 39, sports a record of 24-0-1 (19 KOs), and the lone blemish was a 10-round draw with Jerry Forrest.