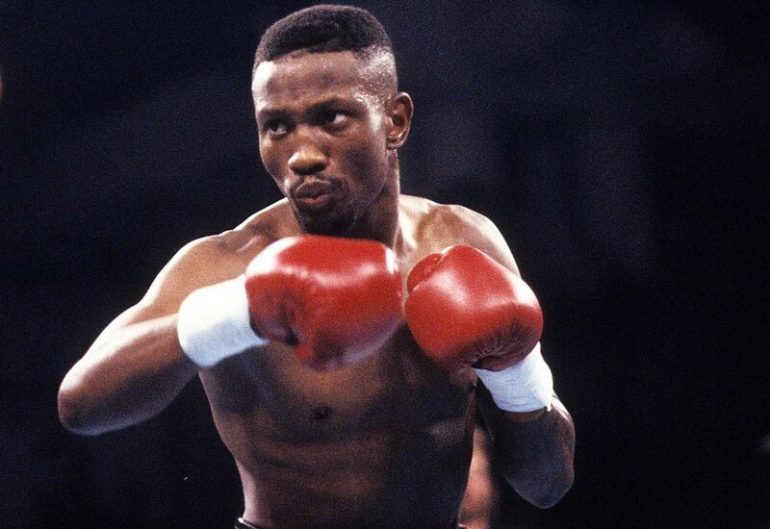 Photo by The Ring/ Getty Images
11
Aug
by The Ring

Whitaker, who entered as the unified IBF and WBC titleholder, became the first undisputed lightweight champion since Roberto Duran. The Norfolk, Virginia star was also the last until Devin Haney achieved the feat by soundly outboxing George Kambosos Jr. earlier this year.

Ironically, a one-hitter quitter would have been the last thing Puerto Rico’s Nazario expected. Whitaker was renowned for his sublime boxing skills, slick movement and defense, but he had no reputation as a puncher. And although Nazario had been stopped once, that was at the hands of the hard-hitting Edwin Rosario.

With just two-and-a-half minutes gone in Round 1, the pattern of a Whitaker-type fight had already been established. The former Olympic champ fired the right jab into his fellow-southpaw’s face and whipped in some well-timed body blows. However, from out of nowhere, Whitaker dropped the onrushing Nazario with a perfect left hand – straight as an arrow.

Referee Mills Lane began counting and the visitor was still sitting on the canvas by the time he reached 10.

The great Whitaker defended the undisputed championship on three occasions before moving up. A modern-day great, who conquered four divisions during a glorious 17-year career, “Sweet Pea” was his very best at 135 pounds. He remains one of the greatest lightweights who has ever lived.