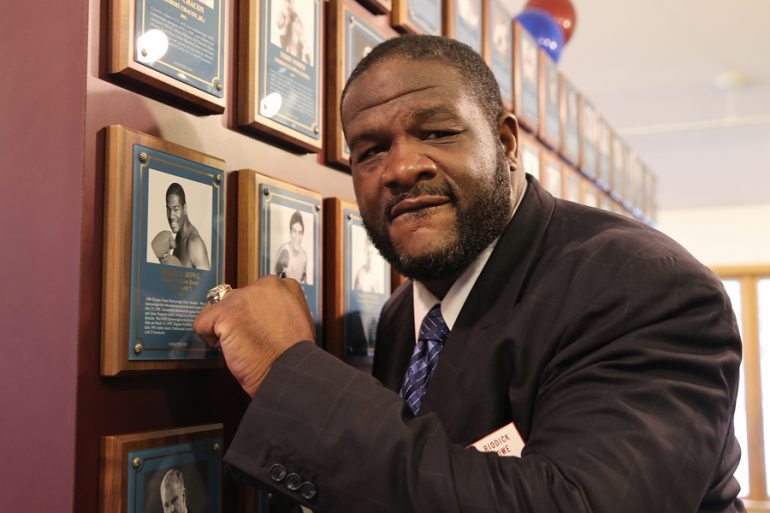 Boxing still has a lot of unanswered questions. Although it is not one of the most pressing ones, the question of “what would have happened if Riddick Bowe had been as dedicated to the sport as he was naturally talented?” still lingers and resonates.

Riddick Lamont Bowe was born August 10, 1967, one of his mom’s Dorothy Bowe’s thirteen children, and was raised in the dangerous Brownsville section of Brooklyn, New York City.

He started out as an amateur in a Bedford-Stuyvesant boxing club, and soon enough found himself in a successful amateur career that took him all the way to the Olympic finals, where he lost to future fellow heavyweight champion Lennox Lewis in the gold medal bout in 1988.

Turning pro a year later under the guidance of the great Eddie Futch, Bowe was instantly hailed as one of the most promising American heavyweights ever, with unlimited potential and a natural talent to back it up. His dedication to the physical training of the sport, however, would prove to be his weak spot in the long run.

His moment of glory came in 1992 in what is still considered his best fight ever. Bowe defeated the then-unbeaten and undisputed heavyweight champion Evander Holyfield in a war, and instantly became a sensation, being named Fighter of the Year.

Around that time is when his problems began to surface. He famously threw his WBC belt in the trash before defending it against his nemesis Lewis, signaling a lack of discipline that would follow him for the rest of his career. He never fought Lewis in spite of huge monetary offers.

He would lose his remaining WBA and IBF belts in 1993 in his rematch against Holyfield in what stands as his only professional defeat, but he would defeat Holyfield in a rubber match in 1995, not before picking up the then-irrelevant WBO belt against Herbie Hide.

In 1996, however, his career would begin to fall apart. His two foul-infested slugfests against Andrew Golota ended in disqualification wins for Bowe, and even though he notched the victories in both occasions, the damage was already all too evident in him.

Bowe retired after those fights, making two separate comebacks in 2004 and 2008, and making occasional headlines due to severe behavioral problems. He was inducted into the International Boxing Hall of Fame in 2015.