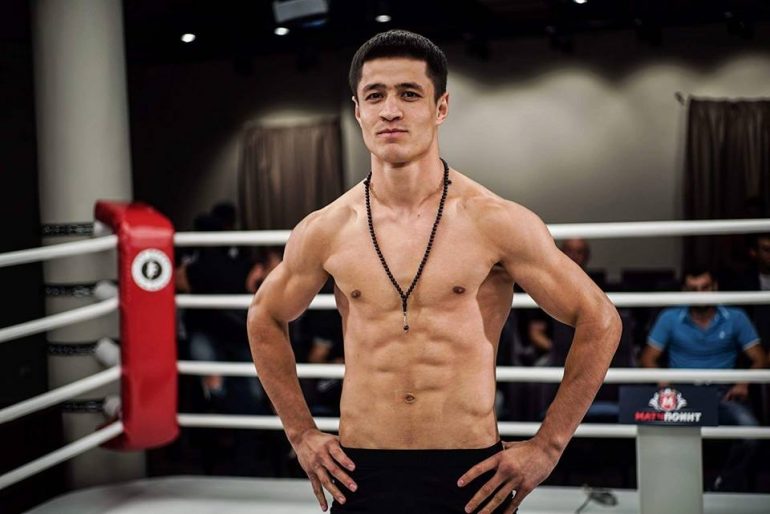 Shohjahon Ergashev has emerged as one of the best fighters at 140 pounds. As much as he would like to face the best in the division, few have shown interest in wanting to step in the ring with the unbeaten Uzbek.

The hard-hitting Ergashev will continue to wait his turn, but those connected to him believe he can defeat any fighter in his division.

Ergashev will face Angel Martinez Hernandez tonight at the Garden Theatre in Detroit, Michigan. The 10-round bout will headline a Salitas Promotions card and will air live on ESPN Knockout throughout Latin America (8 p.m. ET/ 5 p.m. PT).

The 30-year-old, who is originally from Rakhmon, Uzbekistan and now resides in Detroit, is rated No. 8 by The Ring. He is promoted by Dmitriy Salita, the former world junior welterweight title challenger who also promotes Ring Magazine and undisputed middleweight champion Claressa Shields.

Salita has been impressed by the development of Ergashev. He hopes a fight could be made between Ergashev and anyone in the top-10, but understands for that to happen, sanctioning bodies would have to get involved.

“Ergashev has been in the U.S. since April, training with SugarHill (Steward), learning and getting better every day,” Salita told The Ring on Tuesday morning. “He is the best junior welterweight in the world. It is my obligation to keep busy until the big fight lands. His last two camps have been incredibly beneficial.

“I expect an impressive performance from him. After this fight (tonight), he is ready for all the top fighters in the division. Regis Prograis, Josh Taylor, depending on what he does. (It) would be a great fight as well. Junior welterweight (is) one of the most exciting divisions in boxing. We want to make the big fights.”

Ergashev (22-0, 19 KOs) dropped Luis Alberto Veron three times en route to a one-sided victory in his last bout on May 26. In his previous fight on December 11, he knocked out Aekkawee Kaewmanee in the first round.

The 30-year-old has fought a handful of times on ShoBox telecasts, with notable victories over Sonny Fredrickson and Mykal Fox.

Rubio and Pacheco are the only fighters Martinez has faced with winning records.

In the co-feature, light heavyweight prospect Ali Izmailov (8-0, 6 KOs) will square off against Eric Murguia in a 10-round bout.

Salita, who also promotes Izmailov, is also very high on the unbeaten fighter, who had a stellar amateur background in Russia and is now living and training in Detroit. Salita hopes to move Izmailov quickly over the next several months.

“Ali Izmailov is the best light heavyweight in the world next to (Artur) Beterbiev,” said Salita. “The only difference is experience. In a year’s time, he will have the experience to beat him. As you can see, we are making challenging fights for him. He is only 8-0 and will be fighting a good fighter, (who is a) 14-0 power-punching opponent.”

Izmailov stopped Abraham Tebes in a clash of unbeaten fighters in his last bout on April 2. The win over Tebes took less than three months after Izmailov knocked out Israel Duffus in the fourth round.

Murguia (14-0, 12 KOs), who resides in the Los Angeles suburb of Mission Hills, knocked out Hector Coronado in the second round of his last bout on May 6, winning a regional title belt in the process. The 24-year-old has stopped his last 10 opponents, including unbeaten Angel Ocano Garcia on July 16 of last year.

Francisco A. Salazar has written for Boxingscene since September 2012 and has covered boxing in Southern California and abroad since 2000. Francisco also covers boxing for the Ventura County (California) Star newspaper. He can be reached by email at [email protected] or on Twitter at @FSalazarBoxing