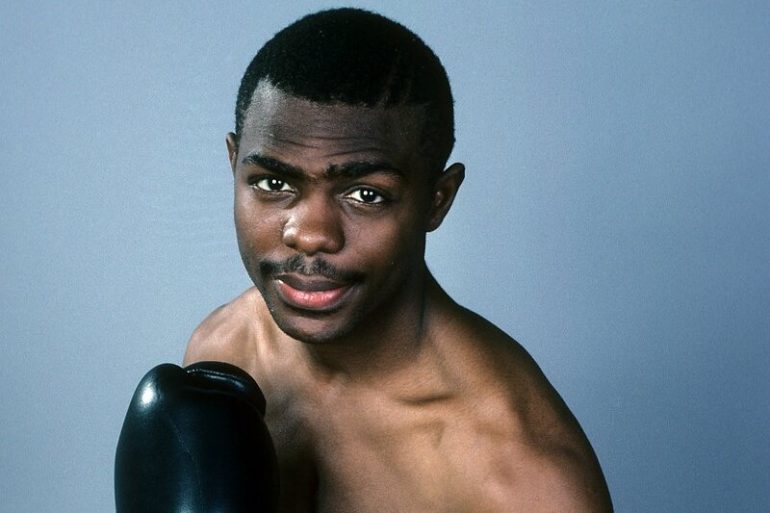 Photo by The Ring/ Getty Images
10
Aug
by Anson Wainwright

Talented boxer-puncher Arthur Johnson was a standout amateur before he challenged for four world titles at flyweight, junior bantamweight and bantamweight between 1995 and 2000.

“East Saint Louis could certainly be a dangerous place with all the drugs and gangs,” Johnson told The Ring. “I come from a pretty large family. There were 10 of us and I was number nine.”

The youngster took up boxing when he was 12 years old.

“It didn’t come easy, I had to work at it, I wasn’t a natural,” Johnson recalled. “I was willing to learn and I won 12 nationals titles between 1985 and 1988, including the Golden Gloves, Sports Festival, U.S nationals.”

In the unpaid ranks, Johnson beat a host of top fighters including future world champions Terron Millett, Eddie Cook (five out of their seven fights), Kennedy McKinney (all three times they fought), Johnny Tapia, David Griman and Michael Carbajal (both times they fought). He claimed gold at the 1986 Goodwill Games in Moscow and represented America at the 1988 Seoul Olympics. Johnson lost in the third round to eventual gold medalist Kim Kwang-Sun.

“My experience in the Olympics was great outside of coming up short to the hometown favorite,” he said. “I would say it was one of the most political [Olympic] games in history.

“I felt I should’ve gotten a decision. My opponent lost a questionable decision against Paul Gonzalez in the 1984 Olympics. The only way to beat him was to knock him out and that didn’t happen. Even though it was a unanimous decision in his favor, it was no doubt questionable.”

After failing to win a medal, Johnson backed away from boxing with an amateur record of 170-25.

“I entered a school for broadcasting as well as focusing on missionary work as a minister,” he explained. “I focused on music which has been a part of my life since I was nine. I decided to come back because I felt incomplete without a professional career.”

Johnson made his debut with a four-round decision over Joe Manzano in May 1992. Although he didn’t have a promoter, he was aligned with the influential Angelo Dundee.

“I moved quickly because Angelo was confident that I was a step above just being an average fighter,” Johnson explained. “He moved me accordingly as my manager.”

“They did parade us around a bit, but Angelo did a great job of directing traffic. I believe the respect they had for him caused them to do right by us,” said Johnson, who lost a questionable 12-round unanimous decision. “They thought that he would crush me.

“It was extremely hot but worked in my favor because of the preparation we had done for this bout. We expected shenanigans from them and being prepared worked in our favor.

“I won by a huge margin. He was made for me. In fact, I am still waiting for an apology because I totally destroyed him. It was one of the worst disgraces in boxing history. When I first spoke with Mark Johnson, many years later, the first thing he said to me was that I am the first African American flyweight champion [and not him]. I thanked him for saying so.”

Things didn’t get any easier when Johnson return home and was matched with future WBO flyweight titlist Albert Jimenez at the Great Western Forum in May 1994.

“[It was] a flat-out war for 10 rounds,” Johnson remembered. “He hurt me a couple of times during the bout – no knockdowns. He won a [10-round] split decision in our bout. It was the fight of the year in my opinion.”

The fighter known as “Flash” regrouped with three wins over the next 14 months. He was then offered a second world title shot, this time against WBO junior bantamweight champ Johnny Tapia in Albuquerque, New Mexico, in July 1995.

“I believe, without question, I had Johnny’s number,” said Johnson. “He didn’t care to fight me as a pro, but he needed to face some competition in order for ABC to cover the fight on Wide World of Sports.

“I clearly won the fight, knocking him down a couple of times. The fight was originally scored a draw and, on national television, promoter Bob Arum had the decision changed in Johnny’s favor.

“Michael Buffer shared with my wife and I that the scorecards had the fight even, but he was forced to change scores due to Bob Arum’s request.”

“This guy was all about pressure,” Johnson said. “He was the kind of fighter who could switch very effectively from southpaw to orthodox. When you meet someone like him you have a new-found respect for boxing because if you are not up for the challenge, it’s all over for you. It was quite a challenge with me knocking him out in the 11th round.”

In his third attempt at a world title, Johnson was stopped in one-round by the outstanding IBF 112-pound ruler Mark Johnson in February 1998.

“I starved myself, coming down from 130 pounds, to make weight, which didn’t help my cause,” he said. “I had been doing that weight since my amateur career. I wasn’t eating much, maybe a piece of toast and tea, and doing a mean workout was just overwhelming and my body just broke down. I just had nothing to offer. Nevertheless, he did what he was supposed to do.”

Johnson took some time off and returned at bantamweight. He won three fights before facing his 1988 Olympic understudy, Tim Austin, who was the IBF 118-pound titlist.

“I just wasn’t a fully-fledged bantamweight and he was,” said Johnson, who was shutout on all three scorecards. “I think that was the difference. No arguments, he definitely won the fight – he was pretty good.”

The four time title challenger fought three more times before retiring with a record of 22-6 (14 knockouts).

Johnson, 56, is married with three successful children and lives in O’Fallon, Illinois. He runs The Arthur Johnson Foundation, which caters for at-risk youths. He also runs a boxing gym.

Still gifted as a musician, Johnson has had success as a singer-song writer. He wrote and performed “Time is Changing” which made the top-20 chart in America at No. 13. It picked up over 300,000 streams.

BEST JAB
Tim Austin: He was long, pretty strong and well-schooled. What stood out about Tim’s jab was that it was stiff and hard.

BEST DEFENSE
Sammy Stewart: Very awkward and gave a lot of head movement and so forth.

BEST HANDSPEED
Mark Johnson: He was definitely quick, he had exceptional speed.

BEST FOOTWORK
Sammy Stewart: He was pretty hard to figure out with his subtle movement. His awkward style was beyond challenging but, as the fight progressed, I was able to figure out some of the movement in order to land some effective shots.

SMARTEST
Richard Clarke: He was pretty crafty. [He was a] former WBC flyweight [title] challenger, he had been around for years. I fought him in my fifth pro fight. His experience was impeccable.

STRONGEST
Tim Austin: Austin was bigger and stronger than me, he did a great job using his size. Tim was an alternate on the 1988 Olympic team, which I was a part of, and we did a lot of sparring during that time. However, in our bout his strength was evident, certainly not like what I remembered.

BEST CHIN
Sammy Stewart: I hit him with everything for 12 rounds and he stood up to it all to the very end.

BEST PUNCHER
Mark Johnson: The only guy to ever knock me down and out. He caught me early. It was a very hard shot that landed where it needed to in order to put me down. It was the hardest punch I can remember taking as a pro.

BEST BOXING SKILLS
Alberto Jimenez: Skill for skill, it would be Alberto. He was technically sound, no flaws in his defense or offense that you could readily see. Anything you got you earned which called for a great deal of dissecting.

BEST OVERALL
Jimenez: He was well-rounded in every single aspect of boxing. The tools he used against me was a mixture of everything and not just one specific thing. He was a buzzsaw unlike nothing you’ve ever seen or experienced.