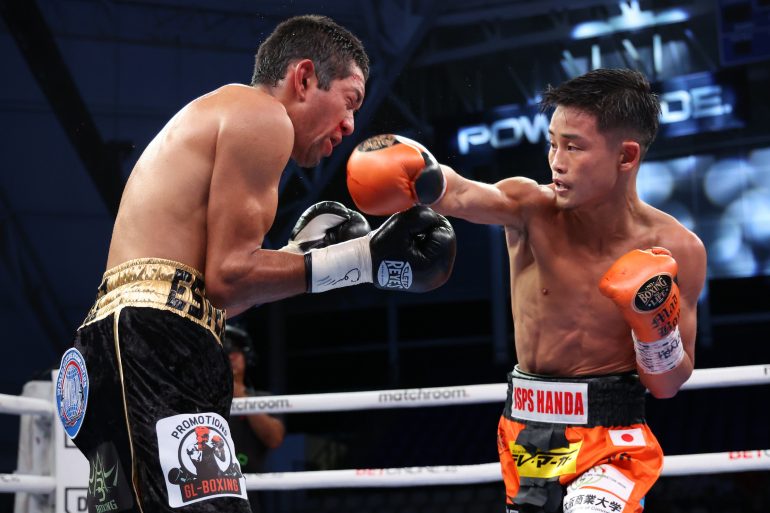 Next up is the junior flyweight. As always, please enjoy the debate and respect other people’s opinions.

THE PAST: Kyoguchi came of age in early 2017, outboxing Jose Argumedo (UD 12) to win the IBF 105-pound title. He made two defenses: stopping perennial contender Carlos Buitrago (TKO 8) before besting Vince Paras (UD 12). Kyoguchi moved up to junior flyweight and stopped Hekkie Budler (TKO 10), which saw the Japanese star claim Ring and WBA titles. The 28-year-old has since made four defenses.

THE FUTURE: Nothing scheduled at the moment. Hopefully his promoter Matchroom can get him out in the fall line-up.

THE PAST: Teraji won the Japanese and OPBF titles inside eight fights. Soon after that, “Wonder Boy” stepped up to the world scene and claimed the WBC title in May 2017, edging Ganigan Lopez (MD 12). The 30-year-old has improved immeasurably since that time, making eight defenses against the likes of Lopez (KO 2), Milan Melindo (TKO 7), Jonathan Taconing (TKO 4) and Randy Petalcorin (TKO 4). However, over-confidence saw him return from Covid too quickly and lose his unbeaten record and title to Masamichi Yabuki (TKO 10) in September 2021. To his credit, Teraji doubled down and showed his class and an extra edge we hadn’t seen previously by blitzing Yabuki (KO 3) to regain his old title.

THE FUTURE: In the aftermath of regaining his title, Teraji was vocal about wanting a unification fight, but as yet nothing has come of it. While we hope to see him face Kyoguchi we might have to settle for him meeting his mandatory challenger Hekkie Budler on New Year’s Eve in Japan.

THE PAST: Gonzalez, who was a standout amateur, claiming three national titles as well as gold at the Central American & Caribbean games and World Youth championships, turned professional in 2011 amid high expectations in Puerto Rico. After winning his first 13 fights, he came unstuck against the hard-charging former world champion Giovani Segura (KO 4). After righting the ship, he was surprisingly beaten by Jobert Alvarez (TKO 6). The 31-year-old slick southpaw was stopped by Kosei Tanaka when he attempted to win the WBO 108-pound title and looked like he may not reach his potential until he shocked Elwin Soto (SD 12). He has since made one defense.

THE FUTURE: A fight with Kyoguchi was floated but his team said seem to be going in the direction of defending his title in late October-mid November. 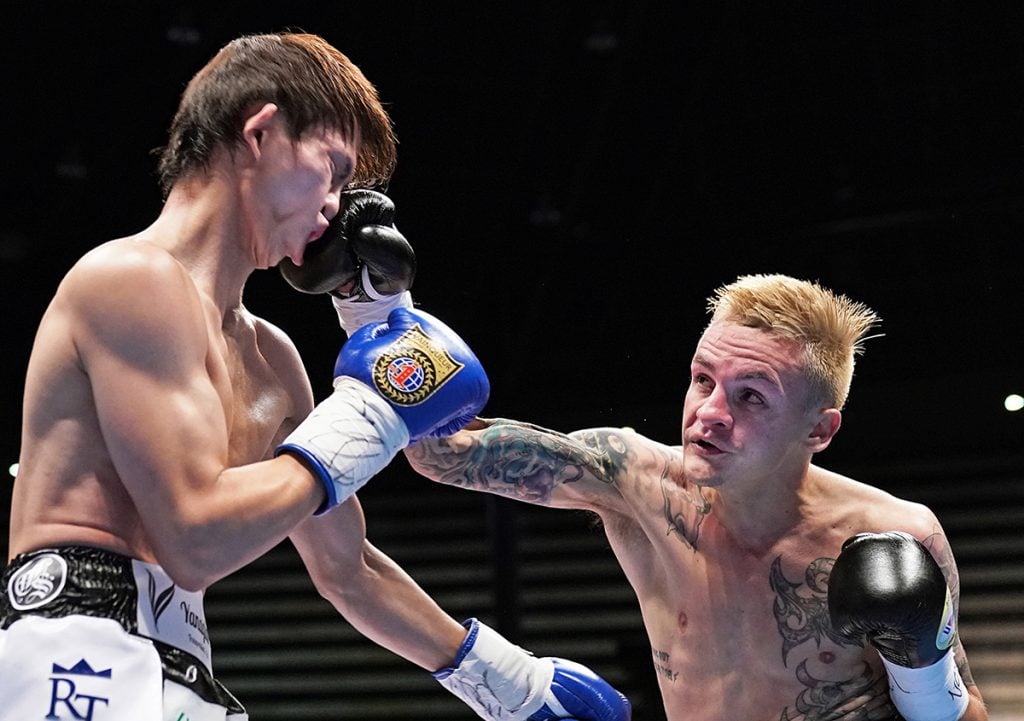 THE PAST: Budler won the vacant WBA strawweight title in 2014. “The Hexecutioner” made four defenses. He was surprisingly beaten by Byron Rojas (UD 12). The South African made the jump to junior flyweight and lost to IBF beltholder Milan Melindo (SD 12). To his credit he stunningly upset Melindo’s conqueror Ryoichi Taguchi for the Ring, IBF and WBA titles. However, Budler lost to Kyoguchi (L TKO 10) in his first defense. Budler, now 34, fought once in three-and-a-half-years. He recently headed to Mexico to face Elwin Soto in a WBC title eliminator. Budler used his vast experience to edge past Soto by one point on all three scorecards en route to claiming a close but well deserved 12-round unanimous decision.

THE FUTURE: The WBC mandatory challenger hopes to face Teraji later this year.

THE PAST: Soto came from nowhere to claim the WBO title at the expense of Angel Acosta (KO 12). The 25-year-old Mexican made three successful defenses notably beating Edward Heno (UD 12) and Katsunari Takayama (TKO 9) before losing his title to fleet-footed Jonathan Gonzalez (SD 12). “La Pulga” had home advantage when he fought Budler (UD 12) but was out hustled.

THE FUTURE: Needs to get back in the win column, but may also look to move to flyweight.

THE PAST: Yabuki had a patchy start to his professional career losing three of his first 10 fights. He was beaten by future WBO flyweight titlist Junto Nakatani (UD 4), current Japanese titleholder Seigo Yuri Akui (TKO 1) and world-rated Daniel Matellon (SD 8). The 30-year-old power-puncher won three fights before winning the national title. As a rank outsider he upset Teraji (TKO 10) but was decisively dispatched in three-rounds in a direct rematch.

THE FUTURE: Will fight big-punching Thanongsak Simsri (24-0) in Japan on September 10. The crossroads fight will go a long way to deciding his immediate future. 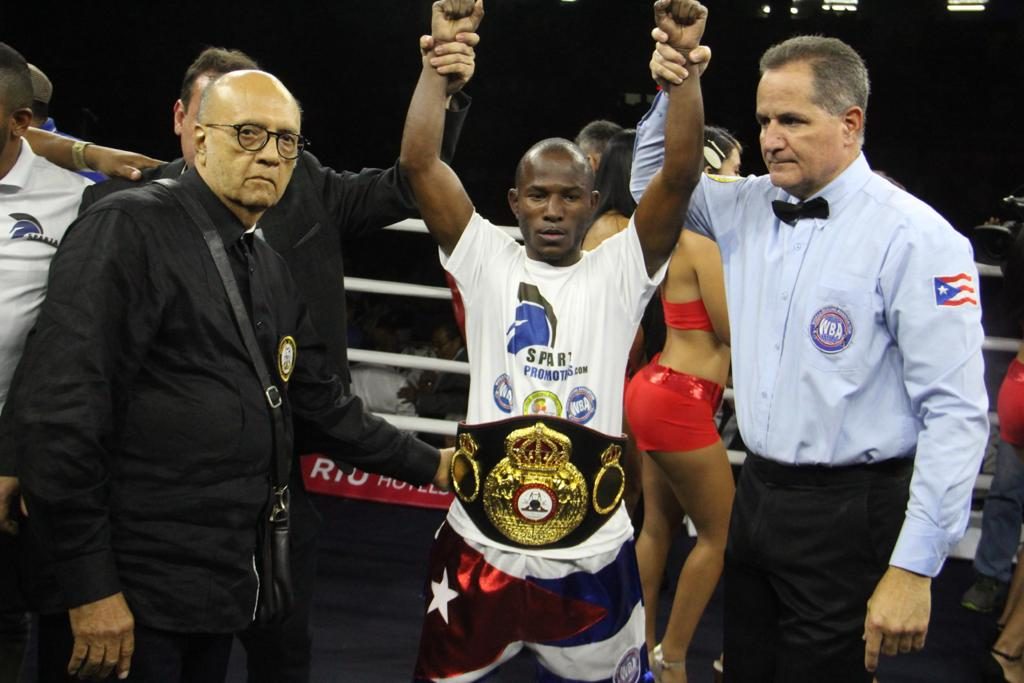 THE PAST: The Cuban amateur stalwart was initially a nearly-man, always reaching the later stages of the national championships before finally claiming the prized top spot in 2010. Matellon decided to turn professional and now fights out of Panama, where all but one of his fights have taken place. He has wins over Kenny Cano (UD 11), Yabuki (SD 8), Luis De La Rosa (KO 1) and Jose Argumedo (UD 12).

THE FUTURE: The skillful Cuban is primed for a shot at the WBA title but is waiting on Kyoguchi.

THE PAST: The diminutive South African won the national title in his fifth fight. The 23-year-old has beaten compatriot Siyabonga Siyo (TKO 9), Ivan Soriano (KO 5) and, in his most recent fight, he held on after getting knocked down in the final round against Christian Araneta (UD 12) in an IBF eliminator.

THE FUTURE: Waiting for a date to face Hector Flores Calixto for the vacant IBF title. 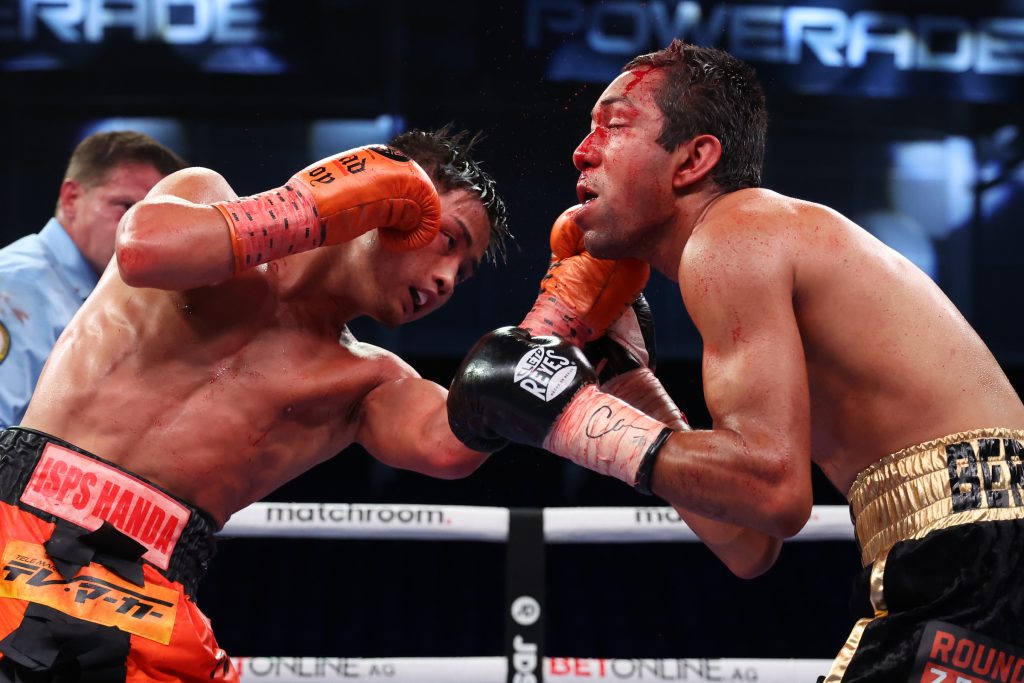 THE PAST: The unheralded Mexican had a patchy start to his professional career, though notably beat former strawweight titleholder Oswaldo Novoa (KO 4). As a rank outsider he upset previously unbeaten Carlos Canizales (TKO 6) in May 2021. Unable to secure anything in the interim, the 26-year-old spent 11 months on the sidelines. When he returned, he gave Kyoguchi a good fight but was stopped in eight-rounds.

THE FUTURE: Needs to work his way back into the title picture after the Kyoguchi loss.

THE PAST: The talented Venezuelan first caught the eye when he left his homeland to face WBA titleholder Ryoichi Taguchi (D 12). He returned home and claimed three victories before traveling overseas again and making a name for himself in Asia by defeating Reiya Konisha (UD 12), Bin Lu (TKO 12) and Sho Kimura (UD 12). The 29-year-old was surprisingly stopped by unheralded Bermudez (TKO 6) but has returned with two wins, most recently, stopping faded former WBC titlist Ganigan Lopez (KO 4).

THE FUTURE: Jostling for position in the already crowded WBA picture for a title shot.

THE PAST: Iwata, who holds amateur wins over Takuma Inoue and Kosei Tanaka, turned professional in America in December 2018. The 26-year-old has gone on to win Japanese and OPBF titles in just nine fights. Iwata beat Toshimasa Ouchi (UD 8) before demolishing him in one-round in a return. He gained invaluable experience besting grizzled former world title challenger Kenichi Horikawa (UD 12).

THE FUTURE: Will look to continue gaining experience as he bides his time for a world title opportunity that will likely come next year.