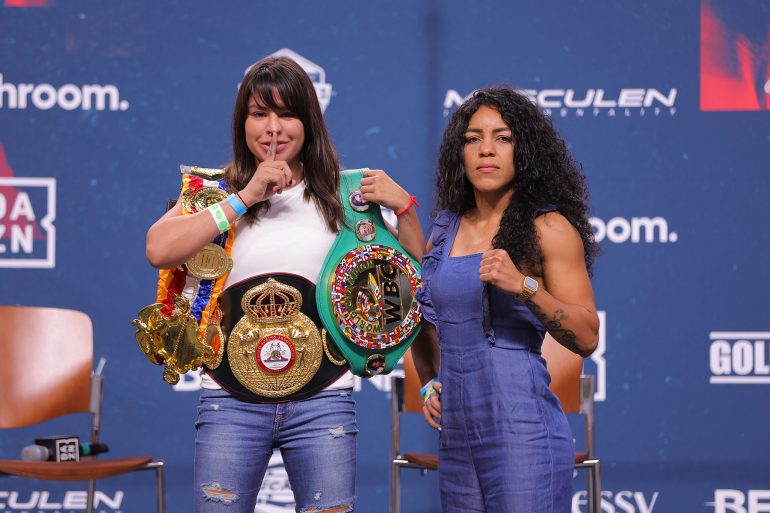 Scores were 98-92, 98-92, and 99-91 for Estrada, who improves to 13-1, 1 knockout. With the win, Esparza, who resides in Houston, Texas, also successfully defended her WBC and WBA world female flyweight titles.

Guzman was game throughout the fight, standing in the pocket and willing to trade in the center of the ring with Esparza. Guzman never stopped coming forward and forced Esparza to step up her game to convincingly win rounds.

Esparza landed the more-telling punches throughout most of the fight, including counter overhand and straight right hands to the head. Even as Guzman attempted to back up Esparza, she would leave herself open to also get countered to the body and with left hooks to the head.

Despite Esparza landing hard punches to the head, Guzman did not look visibly hurt. At times, she would aggressively close the distance between the two anytime Esparza would connect to the head.