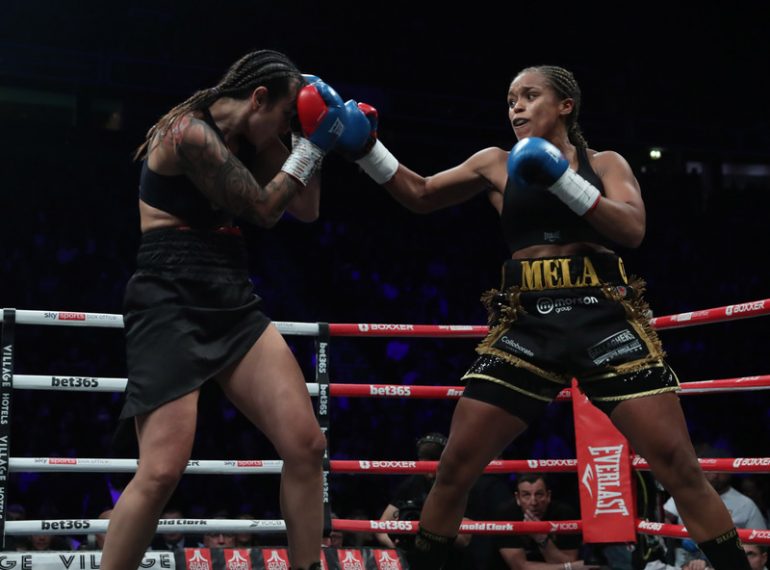 LIVERPOOL, ENGLAND – 5th August 2022 – WBO super-welterweight champion Natasha Jonas (11-2-1, 8 KOs) kicks off a monumental month for women’s boxing when she looks to add the WBC crown to her collection in a blockbuster unification fight at the M&S Bank Arena in Liverpool on September 3.

Tickets are on sale now via Boxxer.com, with prices beginning at just £40.

Fighting in her beloved home city of Liverpool, Jonas – who was the first-ever British female boxer to compete at an Olympic Games a decade ago – faces Sweden’s unbeaten defending WBC world champion Patricia Berghult (15-0, 3 KOs).

It will be the first time Jonas has fought on Merseyside since she dispatched Bianka Majlath three years ago, as the Sky Sports commentator joins fellow hometown hero Liam Smith on an action-packed card.

But in Berghult, Jonas faces arguably the toughest test of her career when she collides with one of the most formidable stars in female boxing today.

Ben Shalom, BOXXER CEO and Founder, said: “Tasha is one of British boxing’s trailblazers. She was our first world champion signing at BOXXER and she fully deserves this great opportunity on home soil. And it is a great fight against the WBC champion Berghult, who is unbeaten and will be looking to upset the home fans.

“Tasha is a hugely popular figure on Merseyside and she will be backed by thousands on the night. The atmosphere at the M&S Bank Arena will be electric – and just what Tasha needs as she bids to become the unified world champion.”

With this huge BOXXER fight night screened live and exclusively on Sky Sports, Adam Smith, Head of Boxing Development at Sky Sports, added: “We are delighted to have Natasha back in action on Sky Sports in beloved home city of Liverpool, fighting for the unified world titles.

“She has been a magnificent and refreshing addition to the Sky Sports commentary team under the BOXXER banner. Now it is time for her to get back to what she loves doing best – and hopefully capturing the famous WBC title in the process.”

On what is an action-packed card, fight fans can also look forward to seeing Liverpool’s own Liam ‘Beefy’ Smith make his homecoming, along with the likes of Dan Azeez and Adam Azim on display.