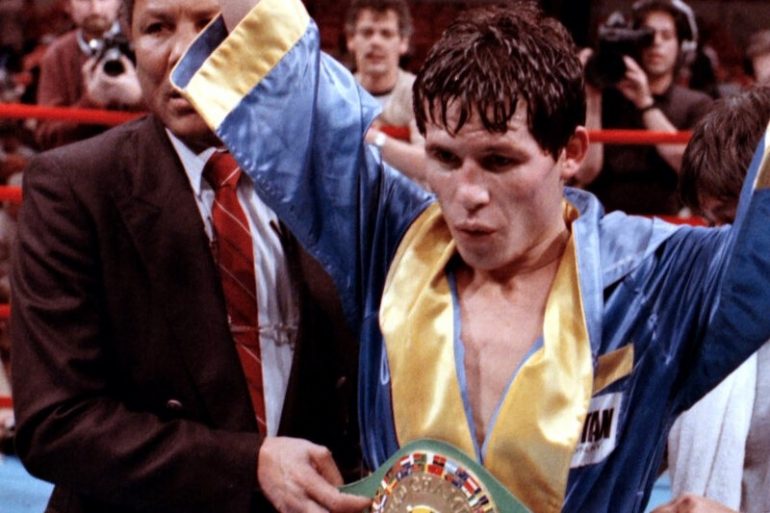 Photo by The Ring/ Getty Images
03
Aug
by The Ring

Not quite as close as the official result suggests.

The 52-0 Chavez was making the sixth defense of the title he won by defeating Mario Martinez in September 1984. Already a hero in his native Mexico, the 24-year-old pressure-fighter’s global profile was increasing with each triumph.

Lockridge, who hailed from Tacoma, Washington, was an experienced former champion. He put heartbreaking losses to Eusebio Pedroza (SD 15, UD 15) and Juan Laporte (TKO 2) behind him to lift the WBA title at the expense of Roger Mayweather (KO 1) in 1984. Two defenses would follow before Lockridge was outpointed by future Hall of Famer Wilfredo Gomez (MD 15).

The ex-champ convalesced and hit the comeback trail. However, following a pair of routine stoppage wins, Lockridge suddenly had a chance to become a two-weight world titleholder.

Chavez got off to the better start on fight night, mixing in some savage uppercuts with body punching. However, the challenger refused to wilt and he momentarily froze his unbeaten foe with a right in Round 8. But despite it being a tough night, Chavez was more effective and deserved the victory.

Lockridge would go on to win the IBF 130-pound championship in April 1988, defeating Harold Knight via 15-round decision.

Chavez made three more defenses of this title before moving north to lightweight.