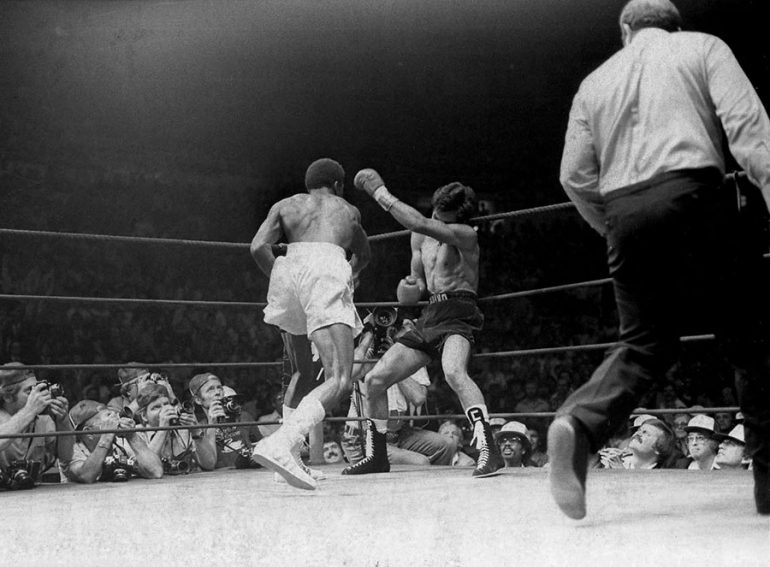 Hearns dominated the shell- shocked Cuevas from start to early finish.
02
Aug
by The Ring

It was “The Hitman” at his breathtaking best.

On Aug. 2, 1980, Thomas Hearns scored a brutal second-round stoppage over Pipino Cuevas to win the WBA welterweight title at the Joe Louis Arena in Detroit. The official time was 2:35.

Entering his first world title bout, Hearns had established as one of the most fearsome fighters in boxing. At 6-foot-1, he carried terrific speed and power, and his reach (78 inches) was equivalent to that of a heavyweight.

Cuevas defeated Angel Espada in July 1976 to win the title and made 11 consecutive defenses. Only Randy Shields had lasted the distance against the Mexican star in a championship fight, so this was a dangerous test for the 22-year-old Hearns.

He passed with flying colors.

The champion was unable to close the gap and absorbed blow upon blow in a one-sided opening session.

It was more of the same in Round 2 with Hearns connecting solidly on a bewildered Cuevas. There was an air of inevitability long before Hearns employed the coup de grâce, but it remains one of his most memorable and devastating finishes.

“My best win was probably when I won my first world title against Pipino Cuevas,” Hearns told The Ring years later. “The thing was, Pipino was known to be a knockout man with the left hook. I knew if I stayed outside of his range and used my jab, I could do a lot of things. I was able to get to him and hurt him.”