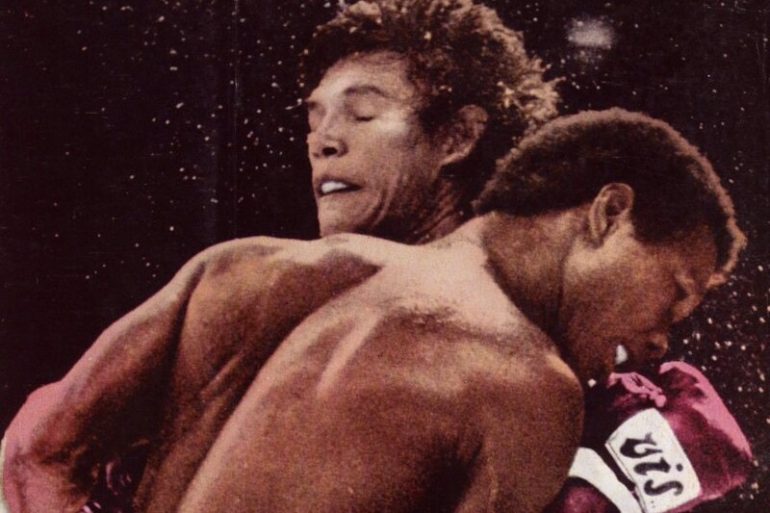 Photo by The Ring/ Getty Images
30
Jul
by The Ring

It was the end of an era.

On July 30, 1977, Argentina’s Carlos Monzon retained the undisputed middleweight championship by scoring a 15-round unanimous decision over Rodrigo Valdez at the Stade Louis II in Fontvielle, Monaco. The official scores were 147-144, 145-143 and 144-141.

A year earlier, at the very same location, Monzon re-added the WBC title to his Ring and WBA championships by outpointing Valdez. The WBC had stripped Monzon in 1975 for failing to meet the Colombian, who was then his mandatory challenger. Valdez went on to win the vacant title by stopping Philly warrior Bennie Briscoe in seven rounds. It took time, but the Monzon-Valdez argument was settled in the ring.

Fight one was relatively close, so the return bout made sense.

There was high drama in Round 2 when Monzon took a count for the first time in over a decade. The punch was a knockout shot; a stunning right that landed flush on the chin. However, the super-durable Monzon touched down for just a second before pulling himself erect and getting back to work.

Valdez was a vastly superior fighter in this rematch. Just days prior to the first fight, his younger brother was stabbed and killed in his native Colombia. Psychologically, Valdez was damaged goods and essentially forced to fight. But despite a better effort in the sequel, Monzon’s superior ring IQ and championship experience proved crucial once again.

After posting a record 14 middleweight title defenses, Argentina’s most decorated and famous fighter retired. Unfortunately, his life outside the ring contained violence, murder (Monzon was sentenced to 11 years for killing his long-time partner) and an untimely demise. In January 1995, while on furlough from prison, the ex-champion and a friend were killed instantly in a car accident in Santa Fe, Argentina.