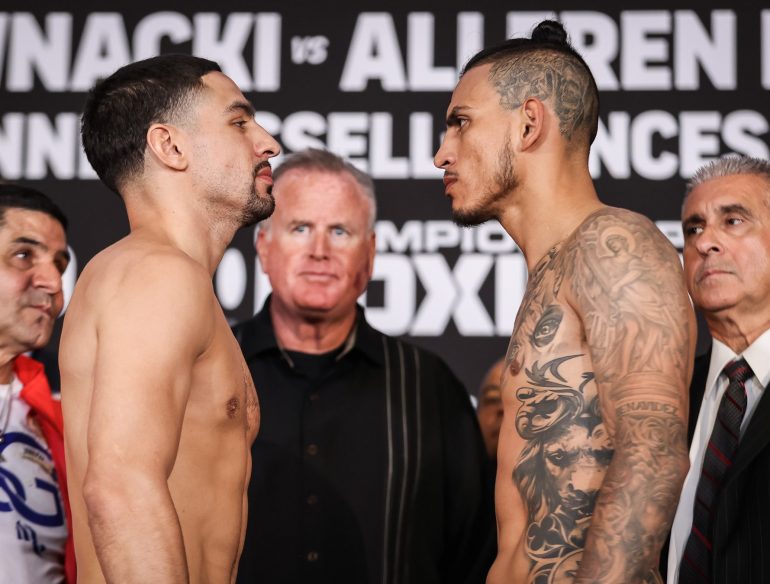 Danny Garcia and Jose Benavidez Jr. stare down after making 154 for their Showtime fight on Saturday at Barclays Center (Photo by Amanda Westcott/SHOWTIME).
29
Jul
by Joseph Santoliquito

After a 19-month, 26-day layoff from the ring, Danny “Swift” Garcia returns this Saturday to make his junior middleweight debut against Jose Benavidez Jr. to headline the Showtime tripleheader (9pm ET/6pm PT) in a 12-round main event from Barclays Center, in Brooklyn, New York, in a Premier Boxing Champions event.

Garcia (36-3, 21 knockouts) is 34 and realizes the end of his career is far closer than the beginning. The 30-year-old Benavidez Jr. (27-1-1, 18 KOs) is coming off an eight-month layoff and is 1-1-1 over his last three fights, which includes falling by 10-round knockout to WBO welterweight titlist and pound-for-pound entrant Terence “Bud” Crawford in October 2018.