Born on this day: George Dixon 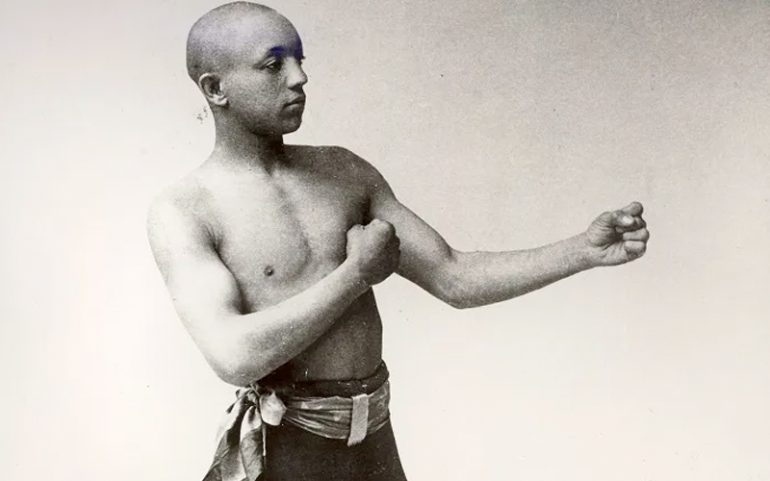 “Pioneer” and “trailblazer” are two words that are thrown around all too often.

In George Dixon’s case, those are almost understatements.

By winning the inaugural bantamweight championship of the world in 1890, Canada’s Dixon (born July 29, 1870 in Nova Scotia) became not only the first Black boxing world champion, but also the first black athlete ever to lay claim to any kind of world championship in any major sport.

“Little Chocolate” was a product of the all-Black town of Africville, one of the first free Black communities outside of Africa. He began boxing weighing only 87 pounds (39 kg), always taking on bigger men and fighting in the “transition period” between the old prize ring rules (bareknuckle boxing) and the current Queensberry rules, when boxing was a largely unpatrolled corner of society and rules were sketchy at best.

His first claim to a world title came in 1888 when he defeated Spider Kelly to lay claim to the world bantamweight championship, but it wouldn’t be until June 27, 1890, when he stopped Nunc Wallace in England, that he would be universally recognized as the inaugural champion in one of the original eight divisions.

It took Dixon only one year to outgrow the 118-pound division, making the jump to featherweight and winning the championship on the very next year against Cal McCarty in 22 rounds.

He followed up with a long list of wins and losses against top opposition, including names such as Abe Attell, Terry McGovern, Dave Sullivan and many others. His record is a reflection of his times, in which bouts were stopped by either the police, or an angry mob of fans, or other unforeseen circumstances. The nature of boxing itself in that era, a wild and completely illegal affair for most of Dixon’s career, also conspired to have many “no decision” or “newspaper decisions” in his record, which at the time of his last fight in 1906 stood at 75 wins, 32 losses, 8 no-contests and 61 draws.

After falling prey to alcohol and vice, Dixon died on January 6, 1908, in the alcohol ward of New York’s Bellevue Hospital after living and begging on the streets of New York, with former heavyweight champion John Sullivan being one of the few benefactors that helped pay for his medical bills until he passed away.

Ring editor Nat Fleischer once named Dixon as the greatest featherweight fighter of all time. Among other things, he is credited as the inventor of the “shadow boxing” technique.

True to his destiny as a trailblazer, Dixon became a member of the International Boxing Hall of Fame as part of the Hall’s inaugural class in 1990.