Kelly and Bastida promise fireworks in their final press conference 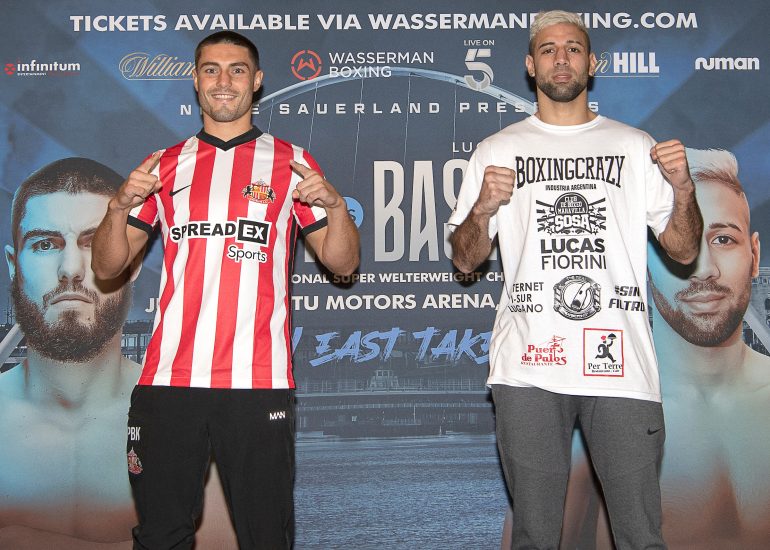 There was plenty of energy during the final pre-fight words ahead of a huge night of boxing live from the Vertu Motors Arena in Newcastle, live on Channel 5 from 10pm.

It was a triple-threat of title talk, as Josh Kelly (11-1-1, 7 KOs), Harlem Eubank (14-0, 6 KOs), and Pat McCormack (1-0, 1 KO) all promised sensational performances to propel their rise to the top as part of a huge night of boxing on Saturday night, live and free-to-air in front a terrestrial television audience.

Kelly has the opportunity to make the stadium erupt in front of his own North East faithful. Argentina’s Lucas Bastida (18- 1-1, 10 KOs) questioned the size and physicality of his opponent at the press conference, and promised to take a win back to his homeland. With an entry into the world rankings the incentive for both fighters, this guarantees to be the icing on the cake of a stacked night showcasing the area’s unbelievable talent.

Here are some quotes from the protagonists:

“I think I’m alright you know (wearing his Sunderland shirt). The North East is where I’m from, but I’m a Sunderland fan so I’ll wear my shirt proudly too.

“I was really a junior middleweight who boiled down to a eelterweight. I was boxing at 69kg for Team GB which is very similar to the junior middleweight division professionally, and it was only a matter of time before I made the step up. I feel unreal. I’m strong, I’m not small for the division, and people will see my strength on Saturday night when I get in that ring.”

“Potential fight for British/Troy Williamson – It’s not a distraction, we’re here for all the big fights in the division. My eyes are fixed on them top titles of this division, I wouldn’t be in sport if I didn’t think I could get to world level so that’s where I’m looking at. Massive fights come along on that sort of journey, I’m 100% game.”

“I know it’s going to be a great fight. I love what I saw yesterday (at the public workout), the people have treated me really well.  I’m confident it’ll be me winning, but I’m hoping we give our audience a great show.” 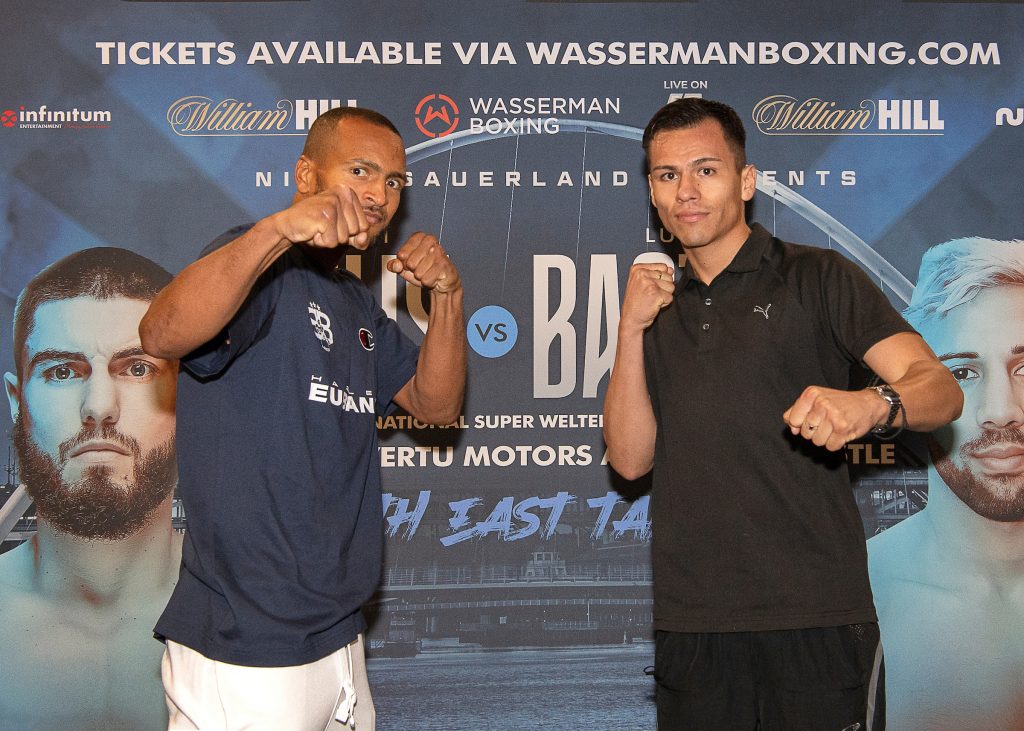 “It’s easy to get frustrated. I feel like I’ve done what I need to do domestically and overcome the hurdles to put myself in line for the British title. I’ve said before that I can’t control the rankings, I can only control what goes on in the ring and that’s exactly what I’m doing and exactly what I’m focused on doing. I’ll handle my business in the ring and I’ll let everyone else handle what’s going on outside of boxing, and with the rankings, to put me in a position to keep developing and fight for them titles.”

“To get to this point now I’ve had to block out a lot of noise and just focus. I’m just locking in on becoming the best version of myself and the best fighter I can be, so there’s been plenty of blocking out anything external and just zoning in; I believe that’s what I need to do to grow in this sport of boxing.”

“I leave all the analysis of my opponent to Adam (Booth) and the team. I’m just focused on following the training and executing a strong performance.”

“I’m here for one thing and that’s to win. I’m here fighting for my family and those supporting me at home, we’ve been working hard to make sure I’ll be leaving with that win.”

“I know this is going to be a tough fight, he’s a tough fighter. He’s good, but I’m really confident I can get the win after some really good preparations and I’m really happy to be here to showcase this in front of you all.”

“I want to say thanks to the Sauerlands for getting me onto the show and thanks to my management team. The journey started here, back in my hometown with my home fans and support. I can’t wait for Saturday night.”

“I’ve been living away in Essex so there’s no distractions at home. I’ve got Ben Davison who’s one of the best trainers in the world as my coach. I’m one of the best fighters to come out of Great Britain, you can see that on my track record, so the sky is the limit. I just want to keep climbing the ladder with my team until we get to the top and we’re fighting for world titles.”

“I’m eyeing up that British title, whoever has got it, that’s the one I want first. Then I’ll be working my way through the Commonwealth, European and World titles.”

“I think Pat is a potential future world champion. It’ll be a great show on Saturday for the UK people because they’re some of the best fans in the world when it comes to boxing. You don’t get this sort of atmosphere everywhere; you can tell the sport is well-loved here. I’ll be ready to put myself through whatever is needed to put on a performance for the UK crowd.”

“I see this as Josh Kelly 2.0. He showed his bravery stepping into the ring when he suffered that loss. I think it was too soon at that time, but now you can see the cobwebs have been dusted off after that last fight. You witnessed him roll through the rounds getting ready for his next fight and his next challenge.

“You can see how confident he is up here today, he’s going into his 14th fight at 28-years-old, a former Olympian too. He’s got the world at his feet, he’s a superstar, and he’ll continue to realise that in the ring on Saturday night. Bastida’s a tough guy, but Josh has all the tools to become British champion, European champion, and World champion. All of them.”