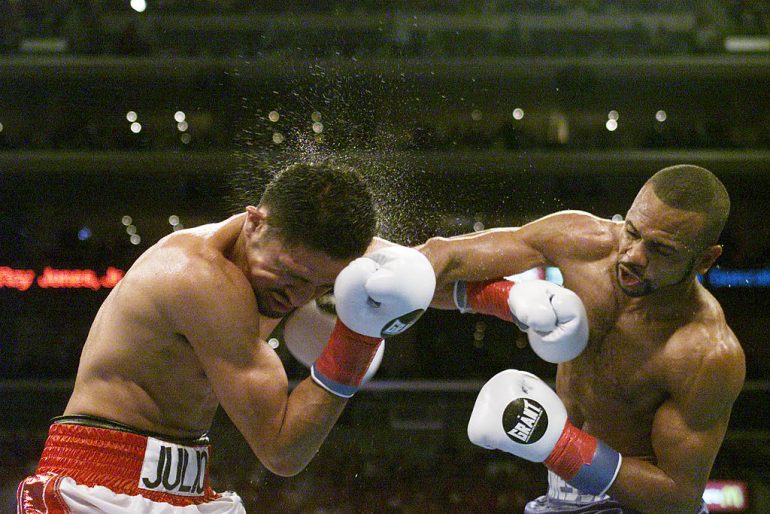 Photo by Jed Jacobsohn/ Allsport
28
Jul
by The Ring

That incredible speed was still otherworldly.

On July 28, 2001, Roy Jones Jr. scored a dominant 12-round unanimous decision over Mexico’s Julio Gonzalez to retain the undisputed light heavyweight championship at the Staples Center in Los Angeles. The official scores were 119-106, 119-106 and 118-107.

The 24-year-old Gonzalez brought a 27-0 record to the table, but he had limited experience at world-level. His support pointed to a gutsy triumph over the hard-hitting Julian Letterlough, who Gonzalez defeated on points after surviving three knockdowns, but heart alone wouldn’t be enough.

Jones, the consensus pound for pound king at the time, dazzled in his LA debut. Rapier left hooks produced knockdowns in the first and fifth rounds and a right dropped Gonzalez again in the 12th. The Pensacola star’s skills were awe-inspiring, but the challenger displayed incredible courage to come through the fire.

Gonzalez won the WBO light heavyweight from Dariusz Michalczewski (UD 12) in 2003. He fought on for another eight years, but was tragically killed in a traffic accident in March 2012.

Editor’s Note: Michalczewski held the WBO title when Jones-Gonzalez took place. However, only IBF, WBA and WBC divisional titles were required for a fighter to obtain the distinction of “undisputed” champion at this time.