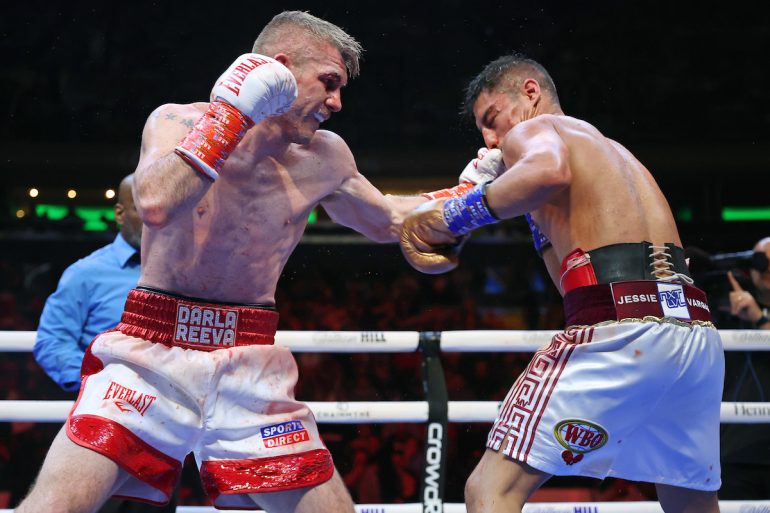 Liverpool, England – 27th July 2022 – Liverpool’s own Liam ‘Beefy’ Smith (31-3-1, 18 KOs) will begin his campaign for a second world title shot when he headlines at the M&S Bank Arena in his home city on Saturday, 3rd September, live and exclusively on Sky Sports.

Making his way to Merseyside to face the hometown hero is the heavy-handed Hassan Mwakinyo (20-2, 14 KO’s), who shocked the British boxing fanbase on his 2018 visit to the UK when he demolished the infamously tough Sam Eggington in just two rounds.

Undefeated since then and coming off three consecutive stoppage victories, the former WBF Intercontinental champion has scored 70% of his victories by KO or TKO, has stopping power in both hands and is traveling to the UK intent on upsetting the home fans once again.

Currently ranked in the top five by three of boxing’s major sanctioning bodies, Smith – who won the WBO World Light-Middleweight Championship in 2015 – has blasted his name back into the world championship contender conversation with stoppage wins in his last two fights and is now set on winning a second world title as part of the BOXXER stable.

One of the hottest young talents in boxing, Adam ‘The Assassin’ Azim (5-0, 4 KO’s), will make the first defence of his WBC Youth title. Azim has ended his last four bouts inside the distance, most recently demolishing experienced European opponent Anthony Loffett in just 66 seconds.

Amir Khan, who became world champion at just 22 years old, was ringside to witness that win in June and has lavished praise on the hard-hitting youngster, predicting that the 20-year-old may become a world champion even earlier than he did himself.

A super-middleweight firefight is on the cards when 2018 Commonwealth Games medalist John Docherty (12-1, 9 KO’s) travels down from Scotland to face Brazilian bomb-thrower Diego ‘Dynamite’ Costa (8-0, 5 KO’s).

The Manchester-based Costa is widely regarded as one of the most avoided fighters in the division but Doherty has no qualms about taking him on, setting up what is sure to be a non-stop battle between two fighters who rarely take a backwards step.

And another power-punching clash is predicted when Liverpool’s own Nathan Quarless (9-0) faces Middlesbrough man Michael Webster (7-0, 5 KO’s) in a cruiserweight contest which sees both prospects put their undefeated record on the line.

Amir Khan-managed Sikh sensation Tal Singh will also be making his professional debut at this event after swapping Liverpool for Las Vegas to train for the professional ranks.

Two more Liverpudlians appearing on the card are Paddy Lacey (6-0, 1 KO) who claimed victory in under 45 seconds in his most recent fight, and the 21-year-old Frankie Stringer (1-0), competing in his second professional bout following a successful debut in April.

Ben Shalom, BOXXER CEO and Founder, said: “We were delighted to sign Liam Smith, so there is no better place for him to make his debut with us than in his home city of Liverpool. Liam is a man on a mission. He wants to win a second world title and there are big fights coming his way. Coming off a defining stoppage win over Jessie Vargas at the iconic Madison Square Garden in April and returning to the M&S Bank Arena, where he stopped derby rival Anthony Fowler last October, Liam truly is in the best form of his life. This fight will be the perfect return to Sky against a proven dangerous puncher. Another big performance will set Liam up for a world title and potential box office fights.

“The fans on Merseyside will be in for a real treat with a highly-stacked card. Many boxing insiders are excited to see current British champion Dan Azeez and former champion Shakan Pitters collide. And the man who has captured the attention of every fight fan this year will be on show too, as Adam Azim takes to the ring. Adam has excelled in every fight thus far and he is developing into the superstar we all believe he will become. He has first-round stoppage wins in his last two fights – and I know he’ll be hungry to make it a hat-trick in his first defence of the WBC Youth World title. I can’t wait.”

Adam Smith, Head of Boxing Development at Sky Sports said, “We’re very excited to have Liam Smith back on Sky Sports and headlining a huge card in the fantastic fighting city of Liverpool as we kick off what will be an unbelievable action-packed Autumn season. A second world title is what Liam wants and having seen the hunger in him, I have no doubts he will achieve it, so I’m looking forward to seeing some big fights for Liam Smith as he makes that journey towards his second world title with BOXXER and Sky Sports.”

“There are some great fights on this Liverpool card – the British Light-Heavyweight Championship clash between Dan Azeez and Shakan Pitters will be electric, and every time I see Adam Azim fight, I feel like I’m watching the emergence of a future all-time great. This is a mammoth card for Merseyside at the start of September and I can’t wait to hear that Liverpool crowd when Liam Smith makes his walk to the ring.”

Tickets are on sale now via Boxxer.com, with prices beginning at just £40.