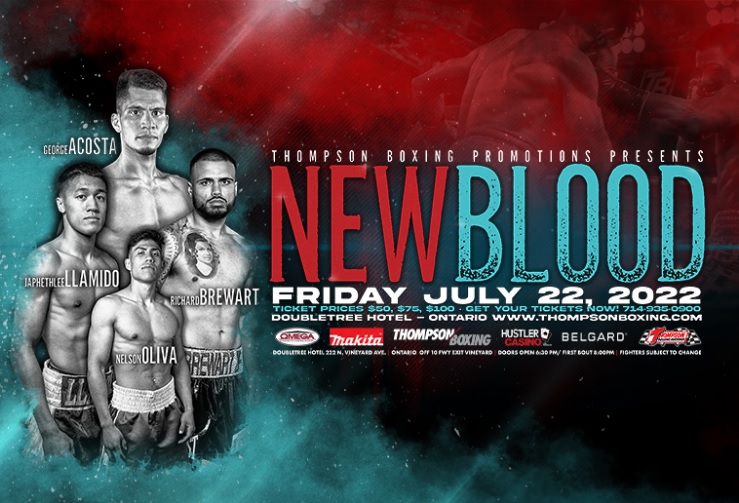 All three judges at ringside scored the bout 77-74 in favor of Acosta, who improves to 13-1, 1 knockout.

Acosta, who resides in nearby Whittier, had to fend off a strong start by the southpaw Avelar. Most of the first two rounds consisted of Avelar landing the more effective punches.

Midway through the second round, a counter left cross by Avelar stunned Acosta, sending him reeling with his back against the ropes. Acosta weathered the storm and made key adjustments, including attacking Avelar’s body.

The plan paid off for Acosta, who scored a knockdown in the fifth round. Acosta landed a straight right hand to the stomach and, moments later, dropped Avelar with another right to the stomach. Avelar beat the count and managed to hang on until the bell sounded to end the round.

Despite Avelar continuing to be aggressive and dangerous, Acosta outboxed him throughout the rest of the fight. Acosta beat Avelar to the punch, varying his offense well to come out victorious.

The 25-year-old has now won his last six bouts since suffering the only loss of his career at the hands of lightweight prospect Ruben Torres in May 2019. He was victorious in his previous fight on May 7 of last year, defeating Gadwin Rosa by unanimous decision.

Avelar, who resides in Aguascalientes, Mexico, dropped to 16-5, 10 KOs.

In the co-feature, middleweight Richard Brewart Jr., of nearby Rancho Cucamonga, dropped Ramon Ayala once en route to a one-sided decision win.

Ayala was game throughout the fight, despite having not fought in six-and-a-half years. Brewart landed lead and counter right crosses to Ayala’s head from the opening bell, for which Ayala did not have an answer.

With less than a minute left in the third round, Brewart staggered Ayala with a right cross upstairs. Brewart followed up but Ayala was ring-savvy enough to hold on to gather himself from being hurt and made it out of the round.

Brewart spent most of the second half of the fight as the aggressor, walking Ayala down. In the eighth round, Brewart scored a knockdown, dropping Ayala with a well-placed left hook to the head. Ayala was not visibly hurt and stood up, finishing the fight on his feet.

Ayala, who resides in San Francisco Acuautla, Mexico, drops to 25-7-1, 13 KOs. He has lost five of his last seven bouts.

Junior lightweight Leonardo Sanchez was successful in his pro debut, defeating Erick Espinoza (1-1-2) by unanimous decision. All three judges scored the bout 40-36 in favor of Sanchez. It was an action fight from the opening bell but Sanchez’s pedigree and effective punches throughout the fight were the difference.

In the opening bout of the Thompson Boxing Promotions card, junior bantamweight Stephanie Chavez improved to 2-0, defeating debutant Esli Cervantes, of Aguascalientes, Mexico, by unanimous decision. All three judges scored the bout 40-36 in favor of Chavez, who resides in nearby Orange.