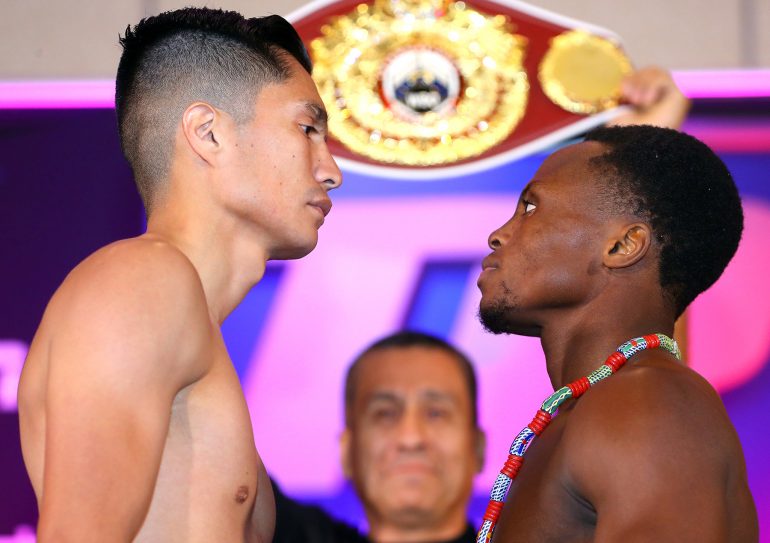 Isaac Dogboe and Joet Gonzalez both made weight on Friday for their featherweight crossroads bout at the Grand Casino in Hinckley, Minn.

Dogboe (23-2, 15 knockouts) officially weighed in at 125.8 pounds after coming in slightly over the limit moments earlier. The 27-year-old from London by way of Accra, Ghana was initially 126.2 pounds for the 10-round WBC featherweight title eliminator, but came in under the weight when he removed his socks.

The bout will headline an ESPN+ card that will also feature Gabriel Flores Jr. Guido Vianello and Javier Martinez in action. 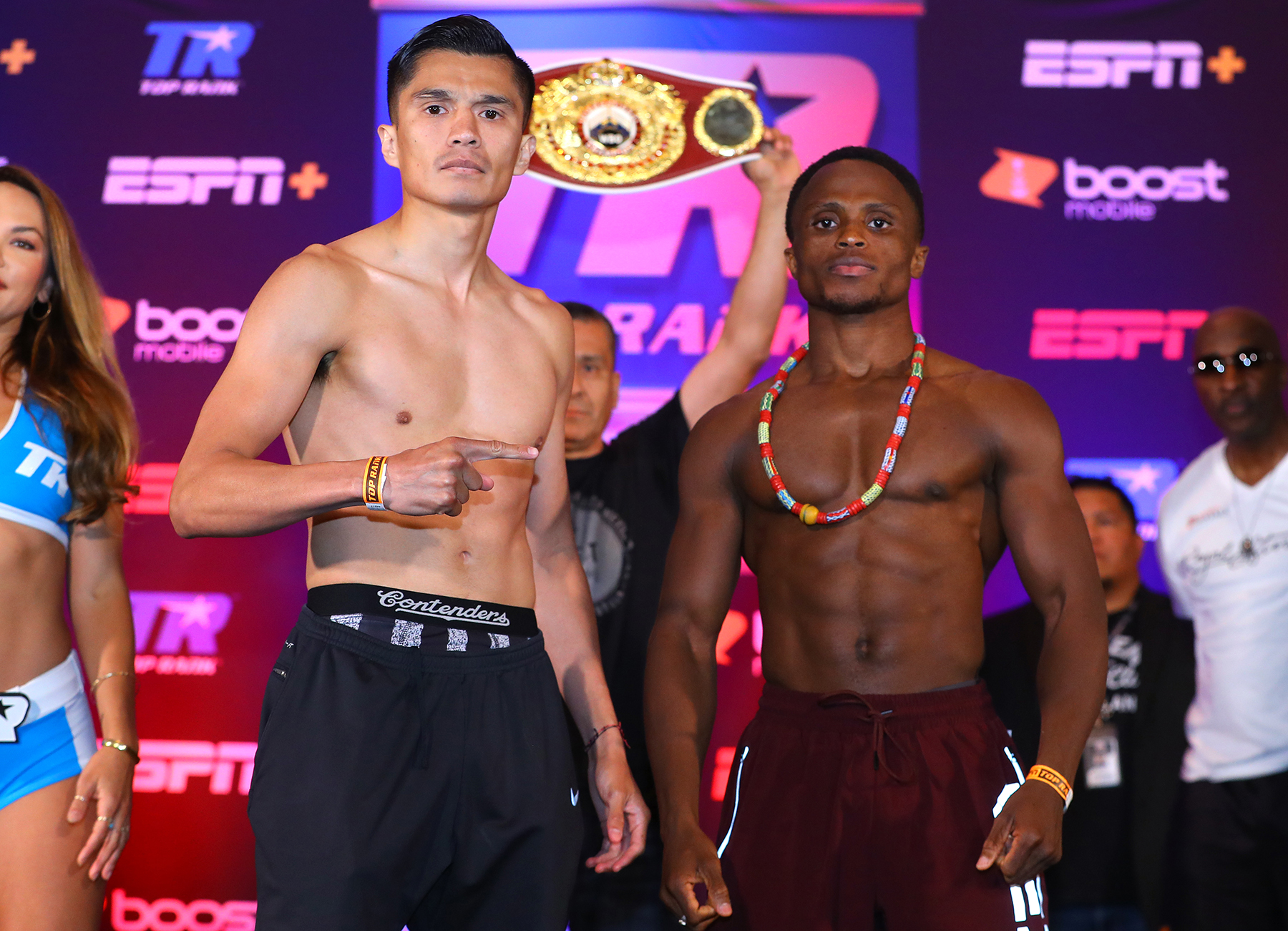 For Dogboe, a former WBO junior featherweight titleholder, the bout is an opportunity to return to the world title picture after winning three straight following a pair of punishing losses to Emanuel Navarrete in 2018 and 2019.

Dogboe was last in the ring in November, winning a majority decision over former title challenger Christopher Diaz.

Gonzalez, 28, of Los Angeles is hoping to earn a third title shot after falling short in two previous attempts at the WBO featherweight title against Shakur Stevenson and Emanuel Navarrete. Gonzalez, who is two inches taller than the 5’4” Dogboe, managed to be more competitive against Navarrete in their bout, and is coming off a ninth round stoppage win over Joe Santisima in March.