On this day: Sonny Liston demolishes Floyd Patterson in one round – again 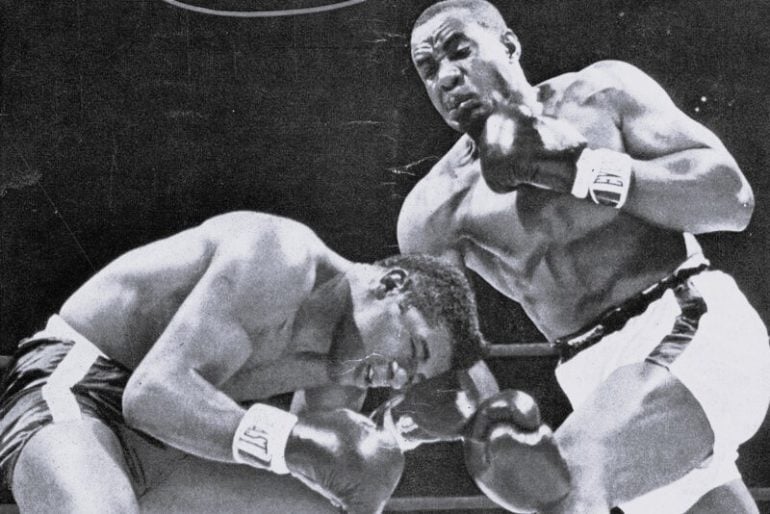 Photo by The Ring/ Getty Images
22
Jul
by The Ring

It was almost an instant replay of the original.

On July 22, 1963, at the Las Vegas Convention Center, Sonny Liston retained the heavyweight championship of the world by scoring a second consecutive first-round knockout of Floyd Patterson. The official time was 2:10.

In their first bout, staged at Comiskey Park, Chicago, in September 1962, Liston had wrenched the title from Patterson. That bout ended four seconds earlier.

In truth, Liston had earned a title shot long before he was given one. The hard-hitting ex-con had been the No. 1 contender for over two years and he’d defeated the most dangerous fighters in the division. The likes of Cleveland Williams, Zora Folley and Eddie Machen were all put through the meat grinder.

Patterson’s manager, Cus D’Amato, was one of the shrewdest men in boxing. The future mentor of Mike Tyson knew a killer when he saw one, and it was obvious to him that his fighter had no chance. Liston was only two inches taller than Patterson, but he had an incredible 13-inch reach advantage and a 20-pound weight edge.

But in spite of D’Amato’s protests, Patterson’s pride had been stung by reports of him ducking Liston. He agreed to the match, and even when D’Amato was proved right, the game ex-champ ventured straight back into the jaws of the lion for a second time.

The menacing Liston was now tabbed as “unbeatable” by fans and media. His next challenger, Cassius Clay, had other ideas.