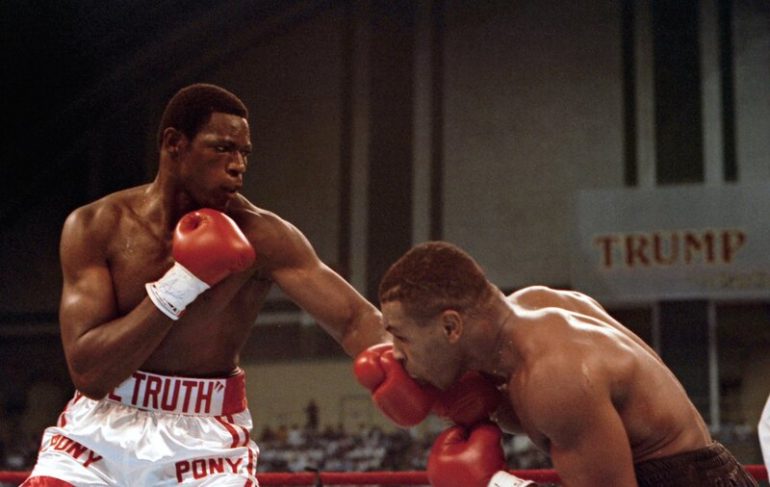 On July 21, 1989, Mike Tyson retained the undisputed heavyweight championship of the world by scoring a devastating first-round knockout of Carl “The Truth” Williams at the Convention Center in Atlantic City. The official time was 1:33.

Tyson was coming off a fifth-round stoppage of British hero Frank Bruno five months earlier. Despite the relatively early finish, the champion was shaken up in that fight and absorbed more punishment than normal. There was trouble in paradise, and many felt the ejection of acclaimed coach Kevin Rooney from Team Tyson, prior to the Bruno fight, was a serious mistake.

At least for one night, Tyson succeeded in shutting down the critics.

Williams was a solid operator. Four years earlier, the New York-based Floridian had made a name for himself by hanging tough with then-champion Larry Holmes (loss UD 15). However, Mike Weaver had handed Williams his second career defeat in a shocking upset and, as had been the case in the past, he’d shown vulnerability to the left hook.

History would repeat itself against “Iron” Mike.

Eager to show no fear, Williams met the rampaging Tyson in the center of the ring and traded blows up close. The challenger held his own, but when daylight appeared between the fighters, Tyson had the distance to do serious damage. After slipping a left jab, the champion got full rotation through his hips and struck Williams flush on the jaw with a massive left hook.

One shot took out 99-percent of Williams’ energy bar.

Incredibly, Williams found his feet, but he wore the look of a man who’d drank way past last orders. Referee and former heavyweight contender Randy Neumann looked him over thoroughly and called the fight off. There were protests, but the stoppage was more than justified.

Next up for Tyson would be James “Buster” Douglas.