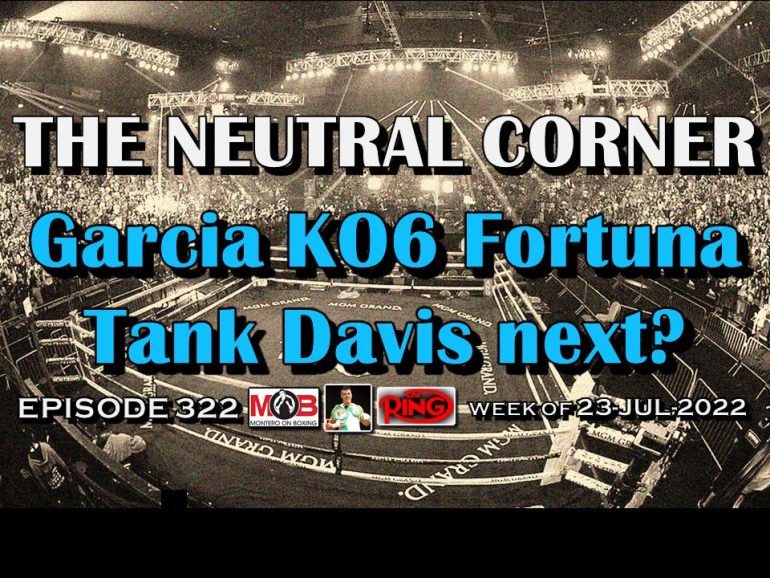 On episode 322 of The Neutral Corner boxing podcast, host Michael Montero gave his opinions on Disney planning to raise the price of the ESPN+ app next month. According to reports, the annual price of $69.99 will go to $99.99, a 42% increase.

On Wednesday, July 13, Kazuo Ioka successfully defended his WBO junior bantamweight title for the fifth time, beating Donnie Nietes by wide unanimous decision in Tokyo. This was a rematch. The first bout occurred in 2018, with Nietes winning a controversial split decision.

On Friday, July 15, Arnold Barboza Jr improved to 27-0 (10 knockouts) with a UD10 win over Danielito Zorrilla in Temecula, California. The junior welterweight bout headlined a Top Rank show broadcast on ESPN. Barboza said he would like to face former lightweight champion Teofimo Lopez next.