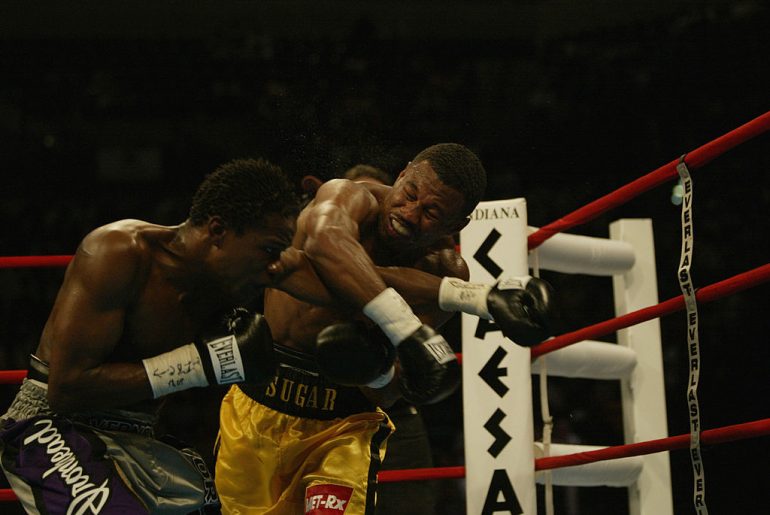 For the most part, someone always has your number.

On July 20, 2002, Vernon Forrest scored a repeat 12-round unanimous decision over Sugar Shane Mosley to retain his WBC welterweight title at the Conseco Fieldhouse in Indianapolis. Official scores were 117-111, 116-112 and 115-113.

Six months earlier, Forrest had taken Mosley’s unbeaten record and captured a second welterweight title. Despite an amateur win over Mosley at the 1992 Olympic trials, and an overall 225-16 record in the unpaid ranks, Forrest entered that fight as a prohibitive underdog. This was largely due to Mosley’s brilliant decision win over Oscar De La Hoya, two years earlier.

However, styles make fights. Forrest decked Mosley twice and won the first fight by wide margins on all three scorecards.

The rematch was nowhere near as eventful. Mosley used the ring and attacked erratically from the outside. Whenever he missed – which was often – clinches would ensue, and clean effective punching was scarce. Forrest banked rounds with the jab and infrequent right-hand shots, but he more than deserved the decision.

”When you fight a guy that’s your equal, it’s tough,” Forrest said afterwards. ”I’m frustrating him, he’s frustrating me. I just kept my composure and kept working.”

Mosley would go on to win more world titles at welterweight and junior middleweight. The ill-fated Forrest, who also claimed two titles at 154 pounds, was tragically killed after being robbed at an Atlanta gas station.