On this day: Jersey Joe Walcott scores knockout of a lifetime over Ezzard Charles 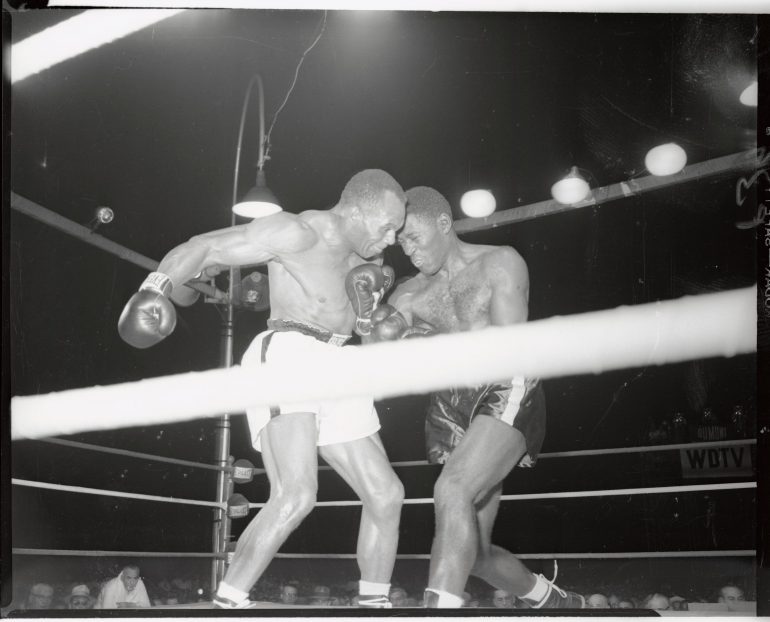 Jersey Joe Walcott surges in the middle rounds of his third shot at heavyweight champ Ezzard Charles on July 18, 1951 at Forbes Field in Pittsburgh. Walcott felled Charles with a left hook 55 seconds into Round 7 to take the title in his fifth try. Photo by Bettmann-Getty Images
18
Jul
by The Ring

On July 18, 1951, Jersey Joe Walcott scored a bolt-from-the blue, one-punch seventh-round knockout of old rival Ezzard Charles to claim the heavyweight championship of the world at Forbes Field in Pittsburgh, Pennsylvania. The official time was 0:55.

Walcott, who became the oldest heavyweight champion of all time to that point, at 37, was boxing’s nearly man. He performed brilliantly twice against then-champion Joe Louis, but was blatantly robbed in fight one and stopped in the rematch. Charles had also scored two points wins over Jersey Joe in world title bouts.

Leary of judging, Walcott felt that to become champion, he had to win by the short route.

Just as was the case in fights one and two, the pair matched up well in the third encounter. Both displayed excellent technical skill and scored some serious bombs through the first six rounds. However, it was the ending that no serious fan will ever forget.

After coming out of a clinch, Walcott, a master of angles, offered Charles a target. The challenger appeared wide open for the jab, but when Charles fired that shot, he fell into a trap. Walcott slipped the punch over his right shoulder and countered with an incredibly short – but extremely powerful – left hook from hell. In fact, pause the moment well enough and you’ll see Charles’ head wrench so violently to one side that it looked similar to the head spinning scene from The Exorcist. There was no way “The Cincinnati Cobra” was going to beat the count.

Walcott’s epic triumph also picked up The Ring’s Fight of the Year award.

The pair would meet for a fourth time the following year. At the Municipal Stadium in Philadelphia, Walcott prevailed via 15-round unanimous decision, ending this underrated rivalry at two wins a piece.