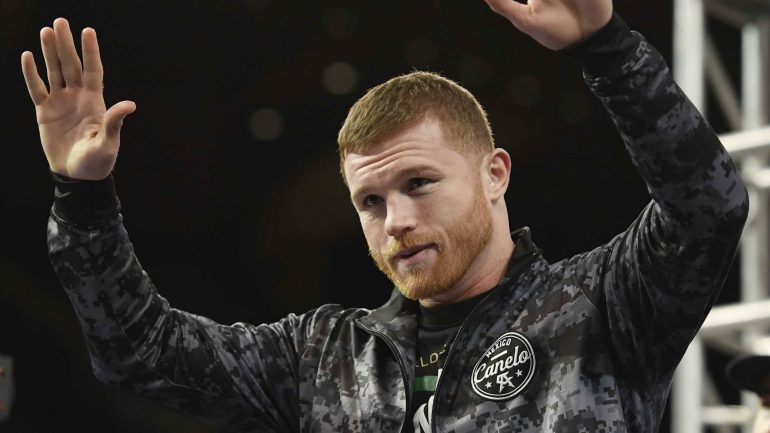 There are many things that can be said about Saul Alvarez when discussing the highlights of his Hall of Fame career.

The fact that he has achieved all of that at such a young age is only one of them, and it adds a completely new dimension to his accolades.

Santos Saúl Álvarez Barragán was born in Guadalajara, Jalisco, Mexico, on 18 July, 1990, a mere 32 years ago today. Within that relatively short time span, the “Freckled Boy Wonder” has gone on to win multiple titles and sit atop the pound-for-pound list for three years.

Starting out at a very young age as one of the most talented one in a group of seven brothers that had their own boxing careers in his native Mexico, ‘Canelo’ (Cinammon) got his nickname thanks to the light brown freckles that populate his skin. His matinee-idol looks and his reddish hair (a product of a lineage that includes Irish ancestors) made him a rarity among his peers, and soon enough he was making headlines thanks to his achievements and his looks as well.

He became a professional fighter at the tender age of 15, and proceeded to terrorize the 140-pound division in his area with a streak that included 11 knockouts in 13 fights, including a win over future champion Miguel Vazquez. He then began a meteoric rise that would find him winning his first world title belt in 2011, when he defeated Matthew Hatton to lift the WBC junior middleweight belt left vacant by Manny Pacquiao.

The next highlight of his career would find him earning the Ring championship at 140 pounds with a win over Austin Trout in 2013, but it was followed by a loss that was, for a long time, the only blemish in his career in his next fight, as Canelo dropped a one-sided unanimous decision to Floyd Mayweather to lose all his belts.

Three victories later, he defeated Miguel Cotto for the Ring middleweight championship, invading a new division in which he would later have two grudge matches against Gennadiy Golovkin in what proved to be the beginning of a trilogy that will be completed in September 2022.

Canelo would continue increasing his collection of belts by adding a light heavyweight title against a faded Sergey Kovalev in 2019, in a performance that earned him the title of pound-for-pound best fighter in the world according to The Ring. He would hold on to that honor as he returned to the super middleweight division to become the first four-belt titlist in that weight class, defeating Rocky Fielding, Callum Smith, Billy Joe Saunders and Caleb Plant as part of that quest.

His career suffered a serious setback in his last fight to date, in which he suffered a decisive loss against light heavyweight titlist Dmitry Bivol, but a chance of redemption is around the corner with his third bout against Golovkin coming up soon.

Win or lose, however, one thing is certain: just as he fought at an elite level at an early age, he will continue being part of the elite as he gets older, always generating headlines, always there for fans and detractors alike to criticize or revere him as they see fit.