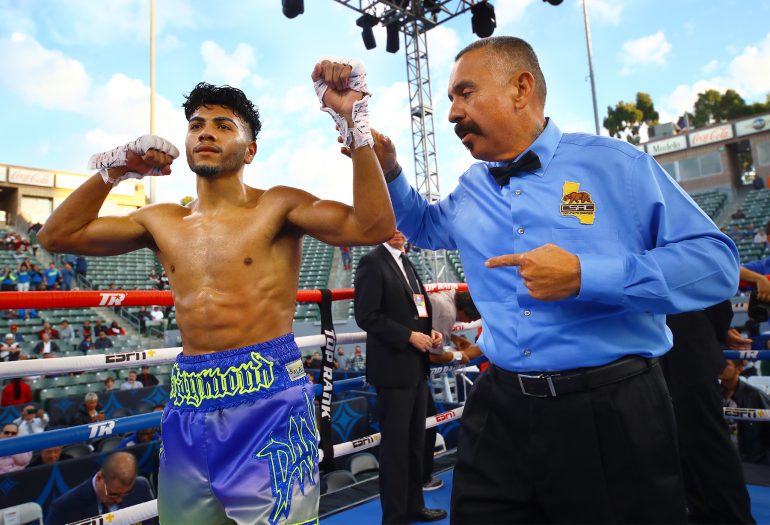 The unbeaten lightweight prospect was not about to let the chance to fight on an ESPN telecast pass him by.

Muratalla (14-0, 12 KOs) hopes to make a statement in a crowded and talented division tonight against once-beaten Jair Valtierra at the Pechanga Resort Casino in Temecula, California. The eight-round bout will precede the main event bout between unbeaten junior welterweights Arnold Barboza, who is rated No. 6 by The Ring, and Danielito Zorrilla.

Valtierra (16-1, 8 knockouts), who resides in Leon, Mexico, was originally scheduled to face 2020 Olympic silver medalist Keyshawn Davis, but Davis withdrew from the fight last week due to a non-COVID issue. Muratalla was scheduled to fight in preliminary action on the undercard of the Top Rank bill and was glad to take the fight when it was presented to him.

“I love opportunities like this,” said Muratalla at Wednesday’s press conference. “I’m ready and can’t wait for Friday night.

“Working at Robert Garcia’s Boxing Academy is great. All the talent there is crazy. We have great sparring sessions, and because of that, I know I’m ready. I feel like I’m ready for the next step.”

Muratalla, who resides in nearby Fontana, last fought on April 30, when he scored a third-round knockout of Jeremy Hill. After fighting on a few Golden Boy Promotions cards and club shows, the 25-year-old has been fighting on Top Rank cards for over three years.

Trainer Robert Garcia has been impressed with Muratalla’s progress thus far and believes he can become a legit contender in the near future.

“Raymond is one of the most talented and dedicated fighters I’ve worked with,” Garcia told The Ring on Friday afternoon. “He makes boxing seem so easy. He has great power and unbelievable skills. He’s also a very smart man. (He is) still going to school to have a career after boxing. That is something I admire a lot (about) such a talented fighter.

“Thanks to Top Rank for putting Raymond in this co-main event fight. He is one of the most talented fighters in the division. Two or three 10-round fights from now and he’ll be ready to challenge and beat any of the top lightweights.”