Danielito Zorrilla: I believe I have the talent and pedigree to face Arnold Barboza 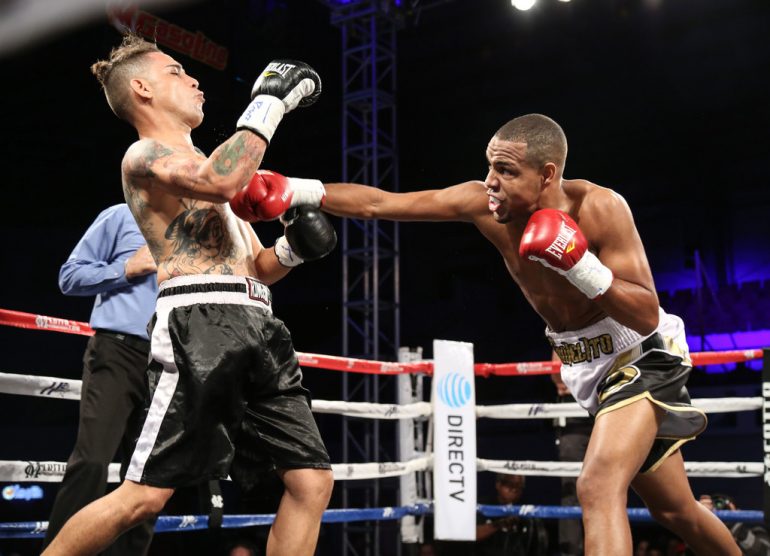 Danielito Zorrilla cannot wait to make a statement and become a legitimate contender at 140 pounds on Friday night.

Zorrilla will face Arnold Barboza at the Pechanga Resort Casino in Temecula, California. The 10-round bout will headline a Top Rank on ESPN telecast (9 p.m. ET/ 6 p.m. PT).

The 28-year-old Zorrilla (16-0, 10 knockouts), who resides in Toa Baja, Puerto Rico, is a talented prospect who will take a significant step-up in opposition when he faces Barboza, who is ranked No. 6 by The Ring. Barboza has faced top contenders thus far, while Zorrilla has faced modest opposition up until this point of his career.

In recent fights, Zorrilla has faced tougher opposition. In his last bout on September 14, Zorrilla knocked out fringe contender Pablo Cesar Cano in the second round. Over six months before the Cano win, Zorrilla defeated Ruslan Madiyar by technical decision in a clash of prospects.

Zorrilla fought six times in 2018 and three times in 2019. He only fought once in 2020, slowing down significant momentum in his development and moving down a path toward contender status.

For Zorrilla, the COVID-19 pandemic affected all fighters in some capacity, but to training and working hard in the gym.

“The entire world was affected by the pandemic,” Zorrilla told The Ring Monday afternoon. “It was difficult for all fighters in the sport. I had to adjust and move on. You had to. There was no other way.

“I was presented with this opportunity to face Barboza and I took it. I’m in great shape.”

Barboza (26-0, 10 knockouts) is one of the better fighters in the junior welterweight division. The 30-year-old has faced and defeated the likes of Mike Alvarado, Mike Reed, Alex Saucedo, and, most recently, Antonio Moran.

Zorrilla understands why he is the underdog going into Friday’s fight. Despite not having faced more talented opposition and having fewer fights than Barboza, Zorrilla is confident his skill-set will be the difference in the fight.

“Barboza may have more fights than me and he has the experience going into this fight,” said Zorrilla, who is co-promoted by former three-time world titleholder Roman ‘Rocky’ Martinez and Raul Torres. “I believe I have the talent and pedigree to face someone like Barboza. I honestly think it is an even fight between us. We are both undefeated and have similar styles. It’s going to be a tremendous fight and the fans will benefit from it.”

Early on in his career, Zorrilla had fought on several Golden Boy Promotions cards, but has recently fought exclusively on Miguel Cotto Productions cards.

Before turning pro in November 2016, Zorrilla dreamed of adding his name to the long list of great fighters from Puerto Rico, including Wilfredo Benitez, Wilfredo Gomez, Hector ‘Macho’ Camacho, Felix Trinidad, and Ivan Calderon. Now that he is promoted by Cotto, another great from Puerto Rico, Zorrilla believes he is on the right path towards becoming a great fighter and creating his own legacy.

“For me, it’s a pleasure and an honor,” said Zorrilla. “Every boxer has his style and the tools to be a great fighter. This is the same for all fighters from Puerto Rico. I would like to be a part of that legacy of great fighters from the island. That is my destiny.

“With Miguel Cotto, I had the privilege of training alongside him. Those moments when we trained together built a chemistry between us. I received lots of advice from him. I believe I’ve done well for myself thus far in my career.”

A win over Barboza would be significant for Zorrilla. He would become a legit contender and opportunities would open for him.

Zorrilla remains confident despite the task at hand to defeat a talented fighter like Barboza, but he is up to the challenge. Zorrilla believes he is ready to make a statement and face the upper echelon of the talented 140-pound division.

“I want to demonstrate that I can fight for a world title. I would like the big fights and against the best in the division. I want to create my legacy and I’m aware of the impact a win over Barboza would mean to my career.”