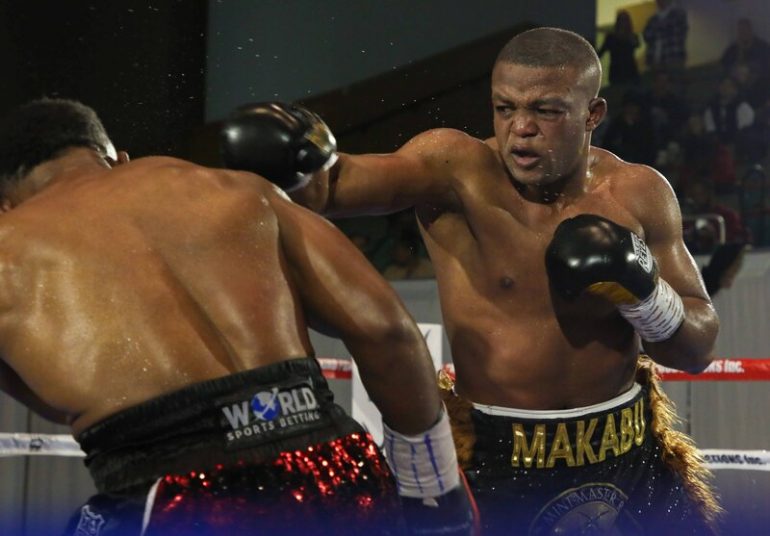 News reached The Ring that WBC cruiserweight titleholder Ilunga Makabu will face Ryad Merhy at the Stade des Martyrs in Kinshasa, Democratic Republic of the Congo, on September 30.

The arena capacity at the Stade des Martyrs is 80,000, and a large crowd is expected to be in attendance.

Makabu, who is rated No. 4 by The Ring at 200 pounds, has been a professional since 2008. After losing his debut, he rebounded impressively, scoring wins over Eric Fields (KO 5), Glen Johnson (TKO 9) and Thabiso Mchunu (KO 11) to earn a shot at the vacant WBC title in May 2016. He dropped Tony Bellew in the opening round, but was knocked out in three.

The 34-year-old southpaw responded by winning seven fights, including two in Russia over Dmitry Kudryashov (TKO 5) and Alexsei Papin (MD 12). Those triumphs saw him rewarded with a second title opportunity, and this time Makabu edged past Michal Cieslak (UD 12) to capture the WBC title. The Congolese-born power-puncher has defended against Olanrewaju Durodola (TKO 7) before controversially outpointing Mchunu (SD 12) in their rematch earlier this year.

Merhy (30-1, 25 KOs), who is rated No. 9 by The Ring, turned professional in 2013. The Ivory Coast born-fighter won his first 24 contests while fighting almost exclusively in his adopted homeland of Belgium. The 29-year-old lost for the only time in his career when he was stopped by Arsen Goulamirian (TKO 11) in March 2018. He has six fights since: Samuel Clarkson (KO 4), Imre Szello (KO 7) and, most recently, Zhaoxin Zhang (TKO 8).

Editor’s Note: Merhy currently holds the WBA regular title, which is unrecognized by The Ring. Goulamirian is the reigning WBA cruiserweight titleholder.