On this day: Matthew Saad Muhammad halts Yaqui Lopez in Ring Fight of the Year 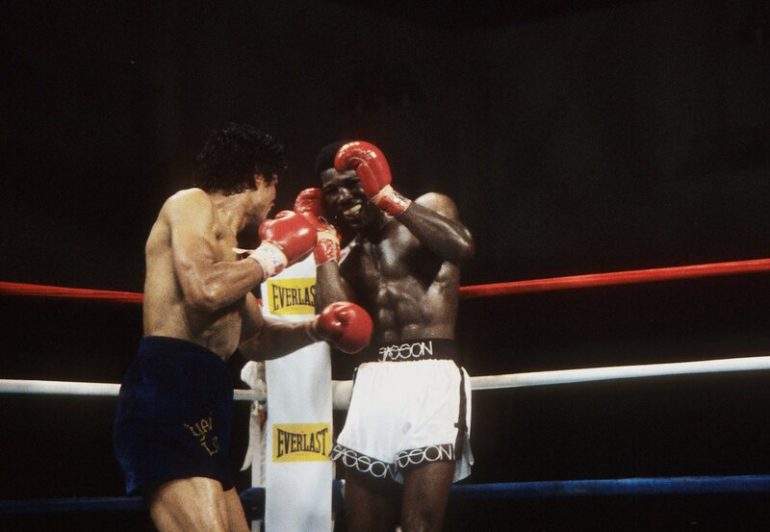 How good was this one? It beat Leonard-Duran 1 to Fight of the Year honors.

Saad Muhammad had already defeated Lopez (TKO 11) in a non-title on Oct. 24, 1978 in Philadelphia. It was a tough bout, but Saad’s jab and brisk combinations cut up the Mexican warrior, who was saved by referee Frank Cappuccino.

Since that time, Saad Muhammad had snared the WBC title from Marvin Johnson and defended successfully against John Conteh (UD 15, TKO 4) and Louis Pergaud (TKO 5).

The champ was at the peak of his powers, but Lopez was coming for all-out war.

It was a fight of two halves with competitive two-way action early. Both men absorbed tremendous punishment during the exchanges and the chances of a distance fight looked slim.

In the eighth – a glorious session that was named The Ring’s Round of the Year – Saad Muhammad absorbed an astonishing multi-punch salvo from Lopez, who desperately sought the stoppage. The champion survived the assault, returned fire and never looked back.

The later rounds belonged to Saad Muhammad. The Philly-based gladiator dropped his woozy foe for the first time early in the 14th with a perfect right uppercut. Three more knockdowns followed, the last of which came courtesy of a sharp one-two, before the fight was waved off.

This bout was perhaps the pinnacle of a light heavyweight golden era.