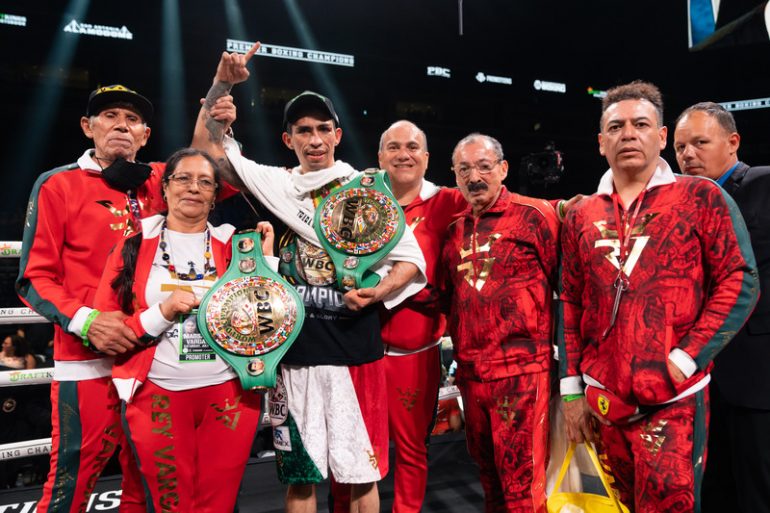 The little guys in boxing get more exposure now than in any other era.

A multiplicity of broadcasters and streaming giants are well-placed to provide ample coverage of the straws, the flys, the bantams and the feathers. Most of them don’t get paid as much as the lights, the welters, the middles and the heavies, and most appear on undercards, but we’re watching – we’re always watching.

We just need to be less selective with our praise.

The new WBC featherweight titleholder, Rey Vargas, is a case in point.

While the Mexican star was installed as a slight favorite to dethrone newly-minted champ Mark Magsayo at the Alamodome in San Antonio, Texas, on Saturday, his path to becoming a two-weight world titleholder was arduous.

The 31-year-old Vargas was not spectacular. His style violates the notion of what is expected from a Mexican warrior. He boxes cautiously, uses the ring, and keeps the action long.

But in 2020, Vargas suffered a fractured foot and, soon after, a bout of Covid. Months of recovery lay ahead; his cherished WBC title was eventually vacated, and he was largely forgotten as world titles traded hands around him. All in all, Vargas was inactive for over two years and three months.

Against the unheralded Leonardo Baez, last November, Vargas displayed the usual form. He boxed well and outclassed his opponent.

That victory was expected. But how would he do against a world-class operator at 126 pounds?

In January, Mark Magsayo outpointed flashy and talented American star Gary Russell Jr. (MD 12) to win the WBC featherweight title. The powerful Filipino was competitive early and enjoyed some success. However, Russell injured his right shoulder – badly – and the pattern of the fight changed. Magsayo pursued the champion and scored, but he gave the one-armed Russell too much time and space.

Regardless, the 27-year-old, known as “Magnifico,” was an unbeaten world titleholder with a 24-0 (16 KOs) record. In August of last year, Magsayo had proven himself as a world-class operator by stopping Julio Ceja (TKO 10) and he was the fighter on form. 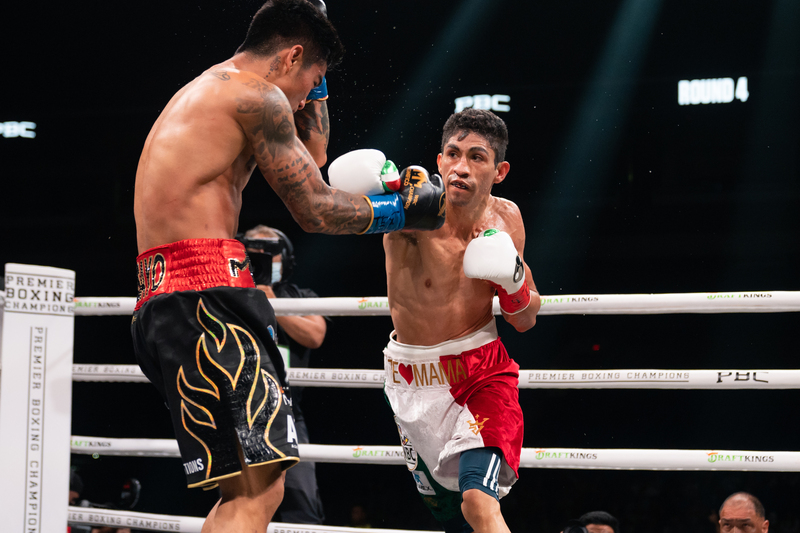 With Beristain in tow, I didn’t expect Vargas to box and move against Magsayo. At the new weight, the challenger’s power was untested, so Magsayo was always going to be on the front foot. However, if Vargas backed off, the Filipino battler would have all the momentum.

Turns out I was right.

Vargas dug his feet into the ring canvas and let his hands go. He was faster, he was busier, and he had more variety. After six rounds, I had the Mexican up four rounds to two and comfortable.

The ninth was a big test. Every once in a while, Vargas would leap in with a right uppercut from the outside – angel cake for a counter shot – and finally he paid the price. Magsayo timed a well-placed right that dropped the challenger to his knees.

Vargas rose, but he still didn’t have his legs in the 10th. Magsayo closed the gap well on his opponent and he was now closing the gap on the cards.

A world title win in a second weight class can be a huge feat. The challenger was going to have to earn it.

He did just that. Not only did Vargas overcome injury, Covid, inactivity, the form guide, his crystalized fighting style and a naturally bigger man, he got off the floor to do it. The official verdict was a split decision (it should have been unanimous) with two scores of 115-112 overruling a more than charitable card of 114-113 in favor of Magsayo.

This was an inspired performance from a consummate pro. If Vargas had been a middle and not a feather, the sport would have put up considerably more bunting.

The hardcore community have a duty of care to recognize this one.