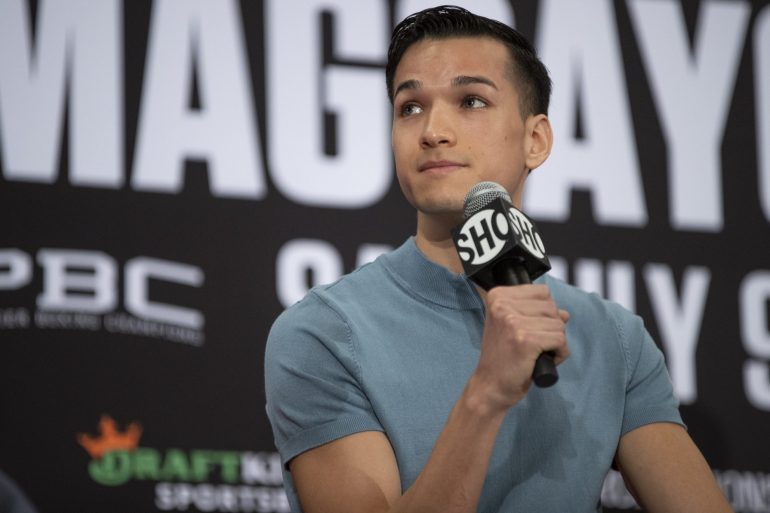 SAN ANTONIO — Brandon Figueroa overwhelmed a game Carlos Castro in a battle of 122-pound players making their featherweight debuts, scoring a sixth round stoppage on Saturday at The Alamodome.

The switch-hitting Figueroa (23-1-1, 18 knockouts) of Weslaco, Tex. dropped Castro midway through the third round with a left hook, and pushed a pace that Castro (27-2, 12 KOs) couldn’t keep up with. The stoppage came at the 2:11 mark of the sixth, as Figueroa spun off the ropes to land a barrage on the bloodied Phoenix, Ariz. resident to force a referee’s stoppage.

Castro, 28, has now lost back to back fights, having dropped a split decision to Luis Nery in February.

The bout was a WBC featherweight eliminator, placing the 25-year-old Figueroa on the shortlist of future opponents for the winner between WBC featherweight titleholder Mark Magsayo and mandatory challenger Rey Vargas, which headlines tonight’s Showtime Championship Boxing card.