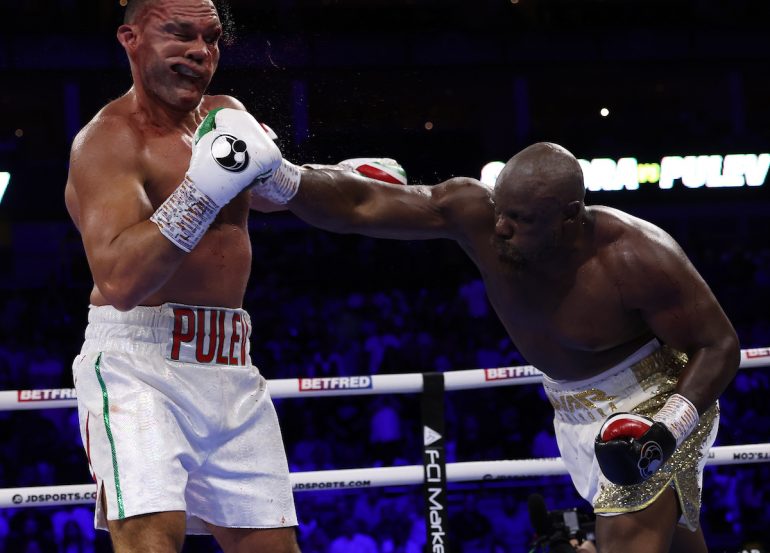 Foreman-Lyle it was not, but a passionate London crowd were still treated to an entertaining heavyweight slugfest.

In a battle of former world title challengers, Derek Chisora avenged a 2016 points defeat by scoring a 12-round split decision over Kubrat Pulev at the O2 Arena on Saturday. Both fighters were awarded a 116-112 card with the deciding score favoring Chisora 116-114.

The fight was tagged “Total Carnage” and that’s pretty much what it was. An untidy start gave way to a gruelling and dramatic battle and Chisora just got over the line.

“I last won a fight three years ago,” said Chisora (33-12, 23 KOs) during his post-fight interview with DAZN. “It was hard. Pulev is a great fighter – very difficult, very fit. I had to train hard.

“I’m happy today, but at the same time I’m sad. I don’t have many fights left, but what I do have, I want to give it to you guys. I don’t want easy fights. I want hard fights. I told (Matchroom promoter) Eddie [Hearn] the other day that if he could get me ‘The Bronze Bomber’ (Deontay Wilder) I’d be happy. I want to fight everybody in my era – win or lose.”

The action was messy early and that suited Chisora. Whenever Pulev couldn’t get off on the outside and elected to clinch, the home fighter pounded the left side of the Bulgarian’s body with ponderous rights.

And that body attack would be maintained.

Team Chisora’s biggest fear coming in was Pulev boxing off the jab, like he did in fight one. There were signs of that early, but Chisora did a good job of closing the gap and he was aggressive, albeit notably slower than in the past.

Both fighters were continually admonished by referee Marcus McDonnell, mainly due to rabbit punches. Pulev was also guilty of excessive holding. Despite those infringements, this was more good news for the home favourite. This was a Chisora-type fight. 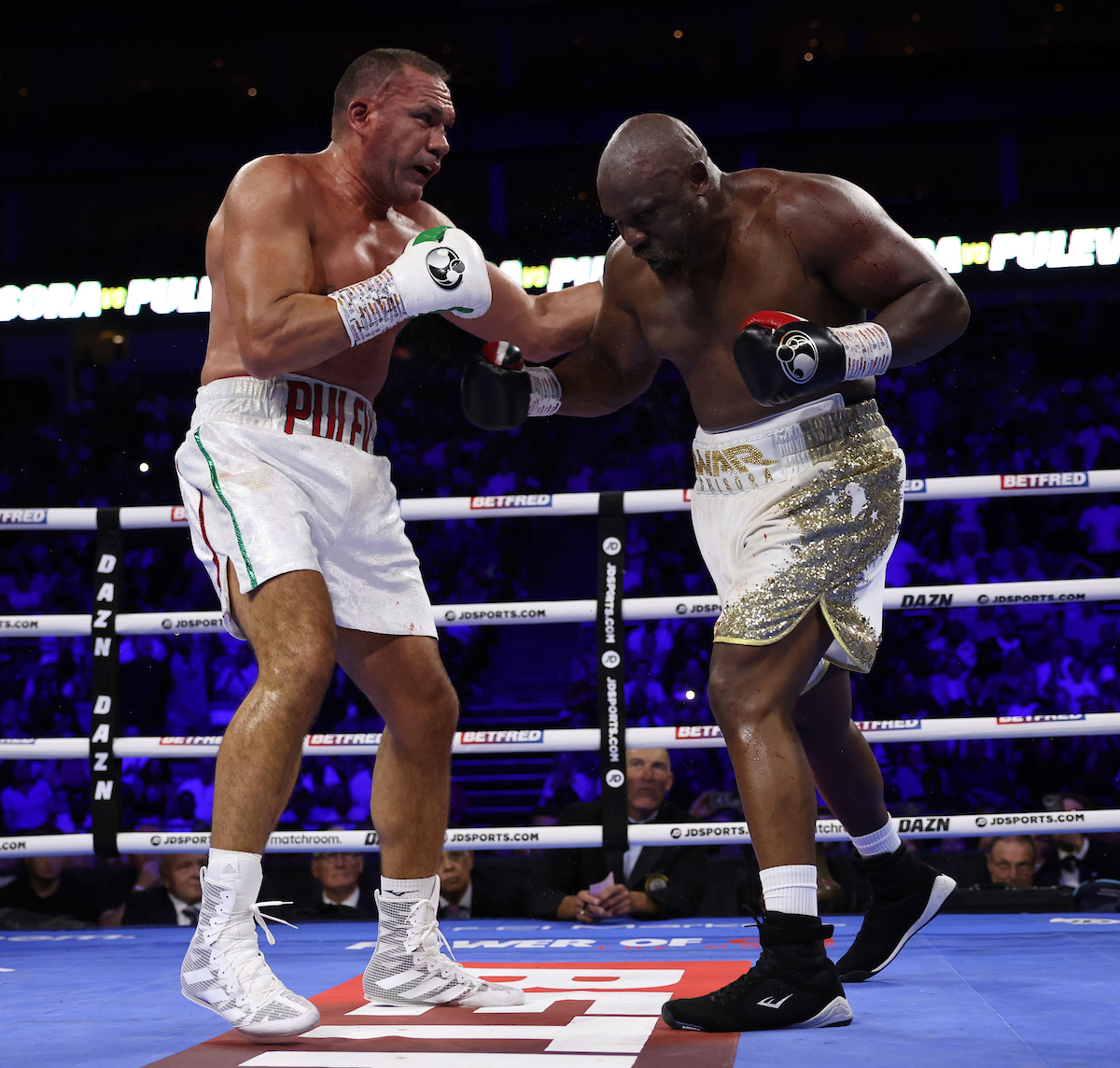 As the rounds progressed, Pulev began to locate the room to score with his crisper shots. Chisora’s legs looked heavy and some winging overhand rights were badly telegraphed.

However, even at 38 years old, you write Chisora off at your peril. He fought brilliantly in the seventh, nailing Pulev with a pair of explosive rights that worsened a cut around the Bulgarian’s left eye. A big left hook also forced Pulev to take a step back.

The eighth was another dramatic session. Pulev intentionally took weight off the shots and focused on building points. Suddenly, however, he mixed in a powerful right uppercut that rocked the Londoner to his boots. Predictably Chisora blasted back with bombs of his own.

It was more of the same in the ninth and 10th and the crowd was in uproar.

Pulev was now struggling with a vertical cut over his right eye and he was blinking away blood in the final two rounds. He stayed busy, but the punches lacked power. Chisora intentionally went to the ropes, which gave him time to rest, but he also launched some massive right hands that landed flush.