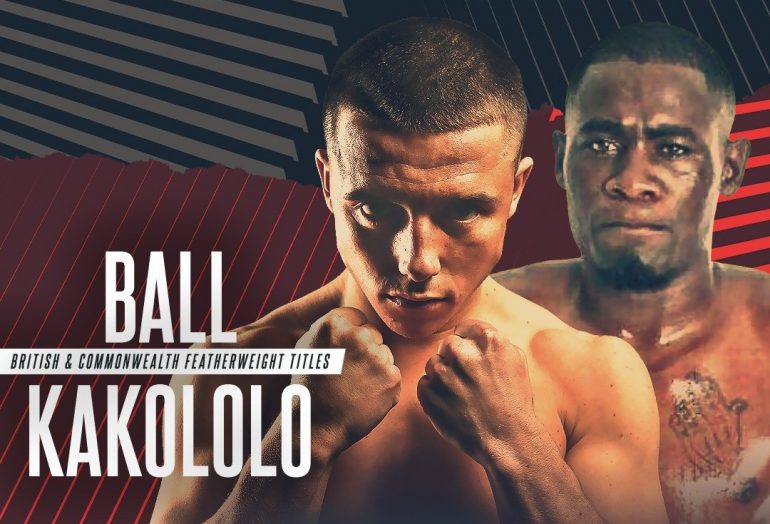 RISING FEATHERWEIGHT STAR Nick Ball will take on the Namibian Nathanael Kakololo in a change of opponent at the Copper Box Arena on July 16.

The ferocious Liverpool puncher will be making a first defence of his WBC Silver title he won by stopping Isaac Lowe at Wembley Stadium in April.

Ball was originally due to fight for the vacant British title against Nathaniel Collins, but the Scot was forced to withdraw due to injury and the battle for the Lonsdale belt will go ahead at a later date.

Kakololo, 33, holds a record of 14-3-1 with six stoppages and he last fought in May with a sixth round stoppage of Kasimu Hamad Haji. He won the African Union featherweight title in August 2019 and made a successful defence in the December before stepping up to fight for the WBO Intercontinental title in June of last year when he dropped a majority decision to the 27-0 Oleg Malinovskyi in Ukraine.

Kakololo comes into the Ball fight off a run of three straight victories, with two of the wins coming via stoppage.

The exciting card at the Copper Box is headlined by new middleweight contender Hamzah Sheeraz, who takes on Francisco Emmanuel Torres for the prestigious WBC Silver title.

There is a British title cracker between super middleweight bangers Lennox Clarke and Mark Heffron, with the Commonwealth title and IBF International belt also on the line.

The Southampton Snapper, Ryan ‘The Piranha’ Garner returns to the ring against Christian Lopez Torres over eight rounds ahead of entering into title contention next time out.

Also on the bill are elite level prospects Karol Itauma and Masood Abdulah, the light heavyweight and featherweight stars fighting over six and eight rounds respectively.