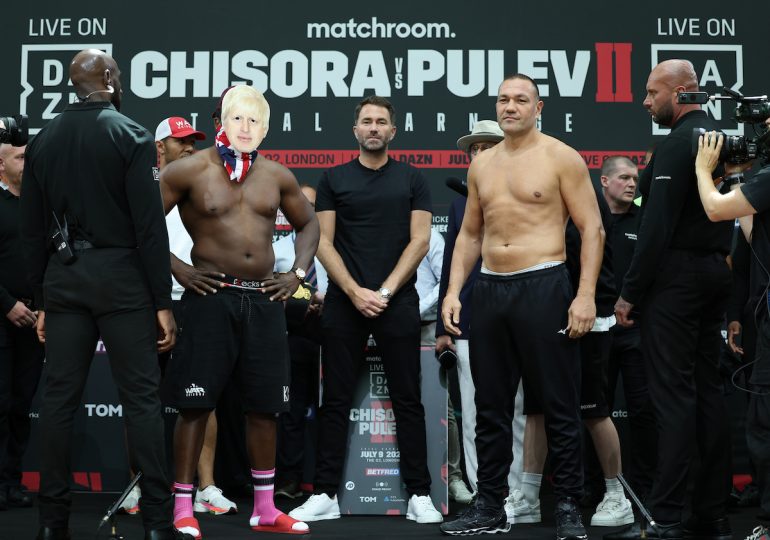 Former heavyweight title challengers Derek Chisora and Kubrat Pulev have weighed in ahead of their 12-round bout which takes place at the O2 Arena in London on Saturday.

Pulev, who outpointed Chisora in 2016, came in at 250 pounds for the rematch. The Bulgarian technician has won nine of 10 fights since being stopped by Wladimir Klitschko in November 2014. His only other defeat came to then-unified titleholder Anthony Joshua.

Chisora, who adorned a Boris Johnson mask throughout, weighed in at 258.2 pounds. The popular slugger from London has lost his last three outings and hasn’t had his hand raised since October 2019. However, Chisora did push Joseph Parker close in their first bout, and he performed extremely well against pound for pound star and unified titleholder Oleksandr Usyk in October 2020.

“Thanks for coming, I’m excited, just tune in tomorrow,” said Chisora after weighing in. “I’m ready to rock-n-roll. Come and watch me if there are any tickets left. You will not be disappointed.”

Neither fighter is likely to earn another world title shot, but the winner would be in position to secure another substantial payday. The loser has nowhere to go. 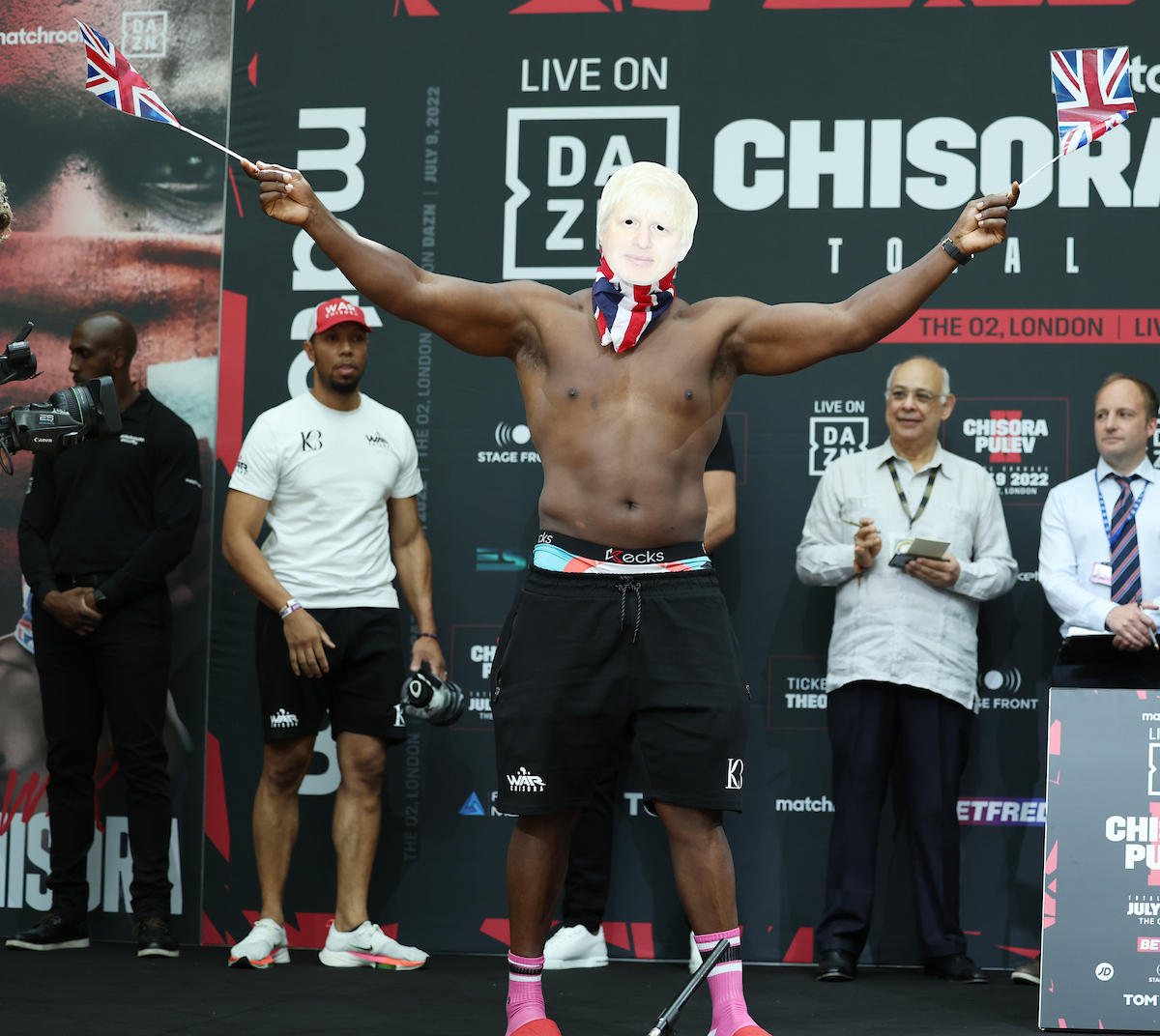 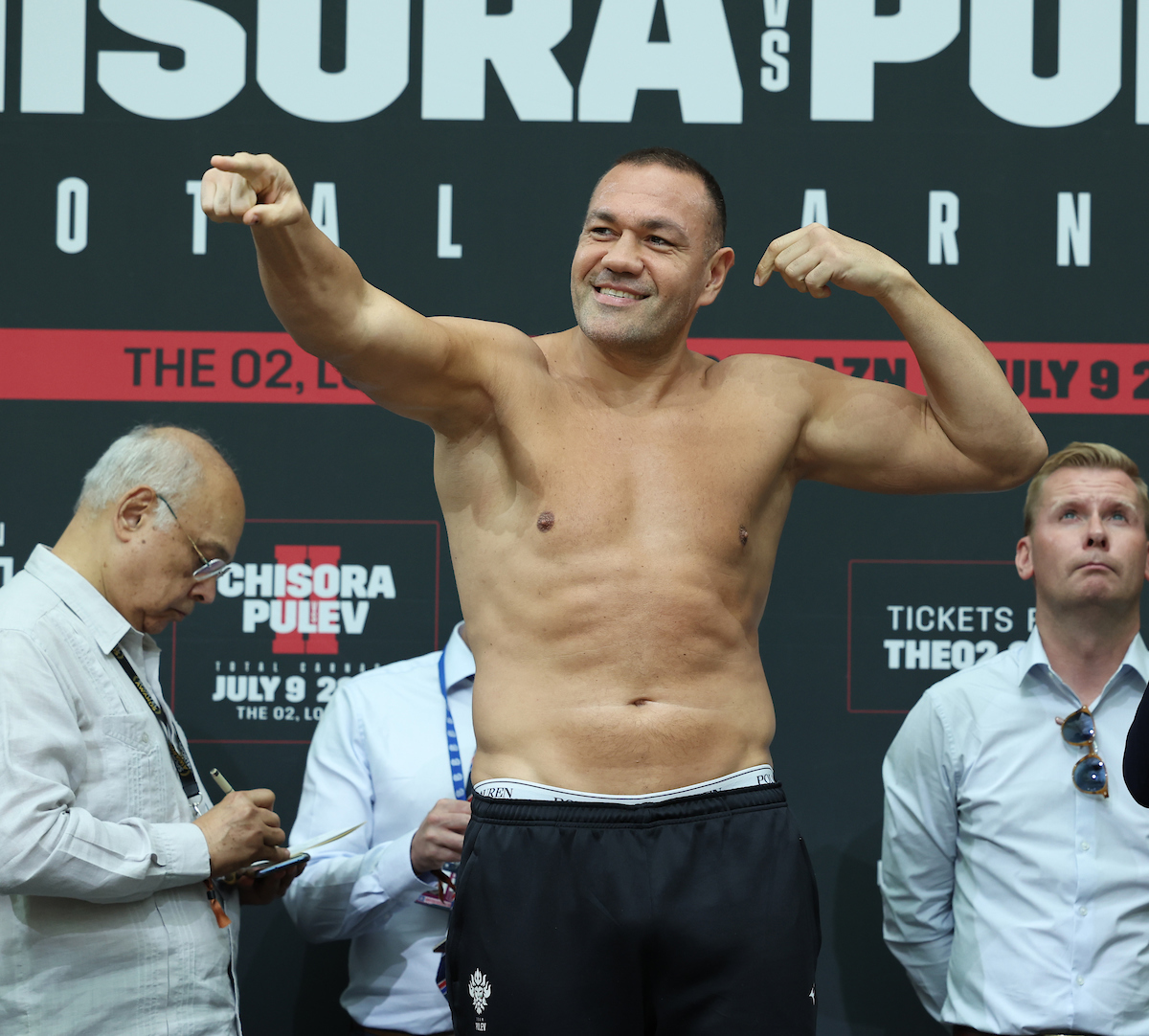 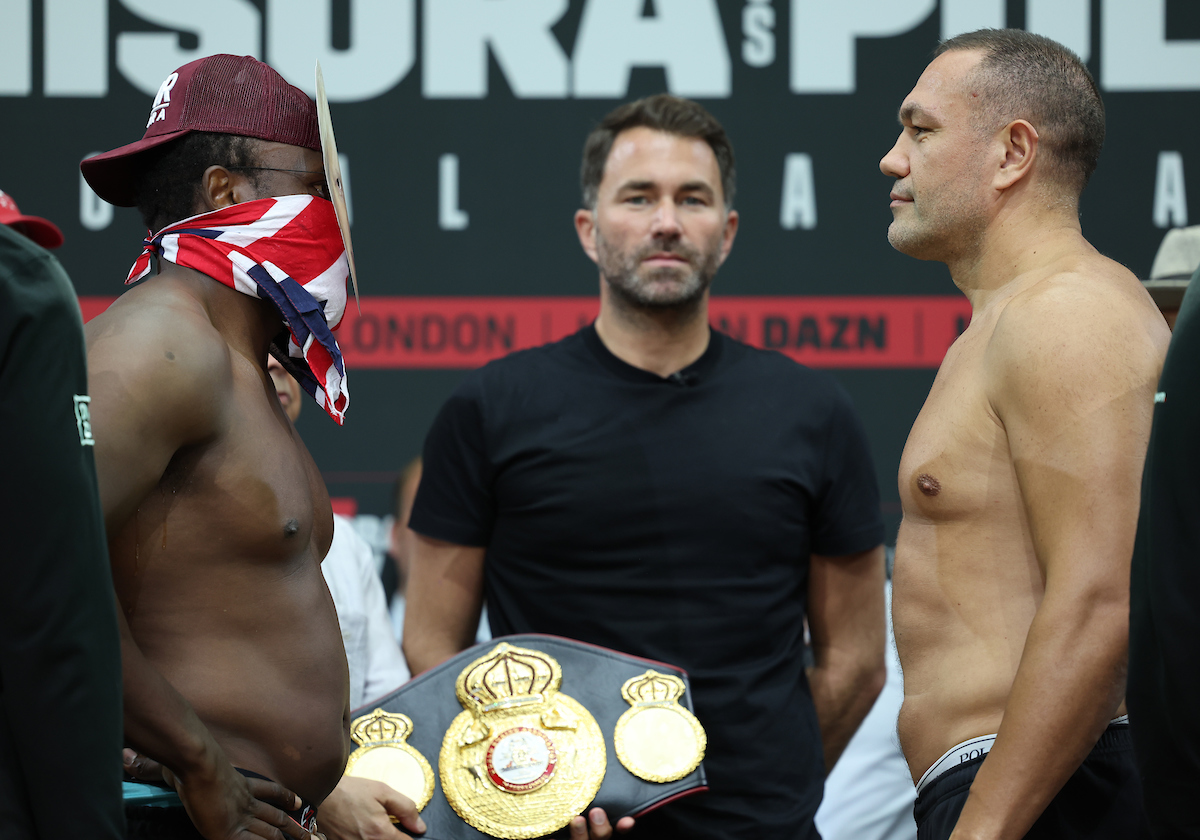 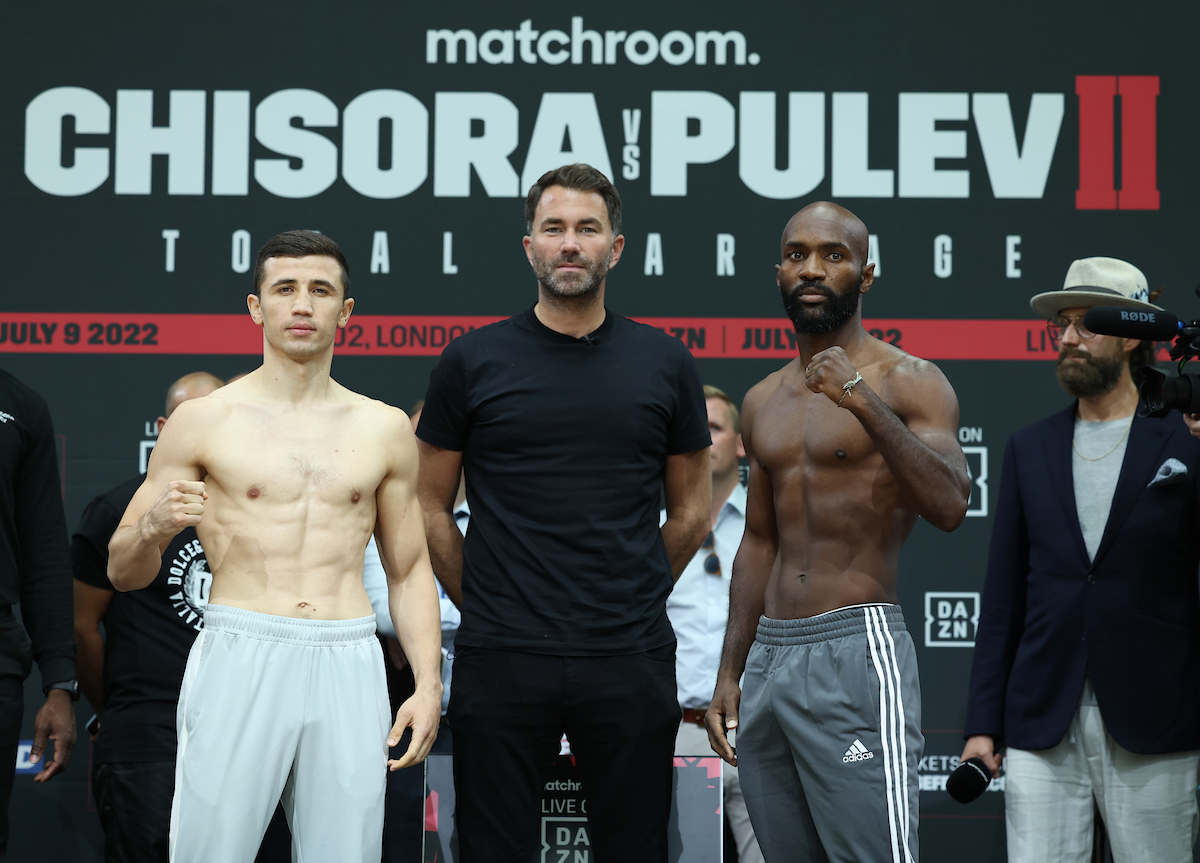 Chisora-Pulev 2, plus undercard action, will be streamed live exclusively on DAZN.