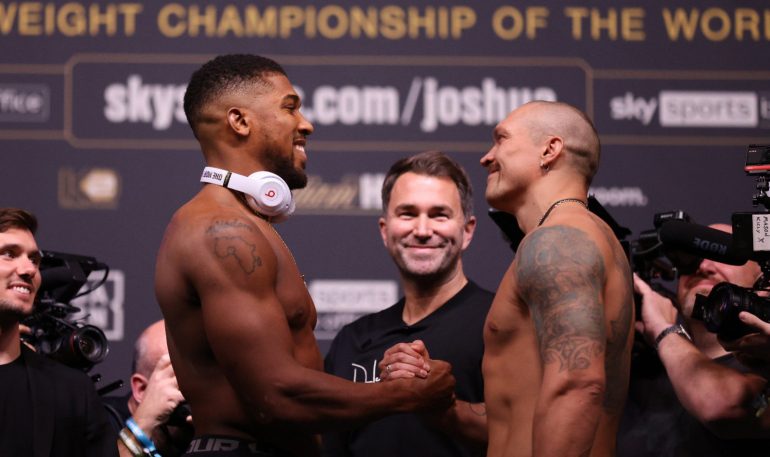 This comes as a surprise, since DAZN recently signed Joshua in mid-June to a five-year, 10-fight deal that could potentially be worth $100 million.

With Saudi Arabia holding the global television rights, which the Saudi government paying a reported $98 million to host the fight, they were able to put the broadcast rights to the fight up for bidding.

This time, Usyk and Joshua can earn a potential $50 million each from globally for the pay-per-view rematch.

The rematch is a crossroads fight for Joshua, who is 2-2 over his last four fights. Joshua lost all three titles to Andy Ruiz Jr. in 2019, before taking them back later in 2019 in a rematch in Diriyah, Saudi Arabia.