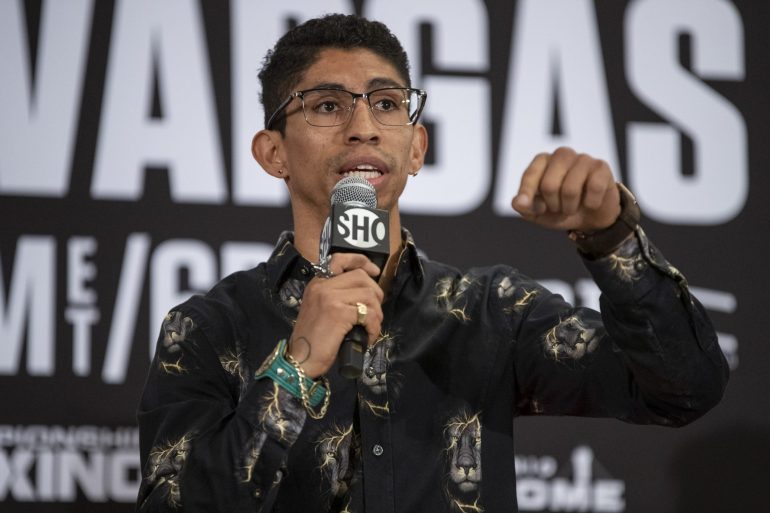 Vargas (35-0, 22 knockouts) said he isn’t affected by the inactivity in his career, which has seen him fight just once in three years due to a number of issues, including suffering a broken leg while running.

The 31-year-old from Mexico City added that he felt that it was Magsayo, who is making his first title defense, and not himself who was dealing with the pressure in Texas, and responded to Magsayo’s challenge to stand and fight him at center ring.

“He may not know how to box. All he may know how to do is go blow by blow. We may have to do that at some point but we are gonna get into what we want to do, and when that happens, look out,” said Vargas.