WATCH: Mark Magsayo says Rey Vargas will run when he feels his power 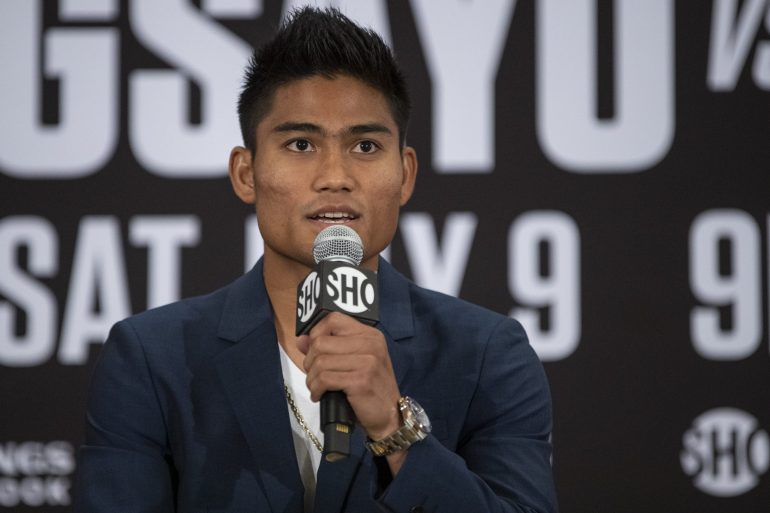 Mark Magsayo spoke with The Ring’s Ryan Songalia after Thursday’s press conference in San Antonio, ahead of his first defense of the WBC featherweight title against Rey Vargas.

Magsayo (24-0, 16 knockouts) of Tagbilaran City, Bohol, Philippines says he had six different sparring partners at the Wild Card Gym in Los Angeles to help prepare for the much taller Vargas of Mexico City.

He adds that he spoke with his promoter/mentor Manny Pacquiao before the start of camp, advising him to focus on his footwork to get inside the reach and height of Vargas.

Magsayo says he’s unsure of what Vargas was referring to when he said that Magsayo must be nervous because he added members to his team, saying that his team remains the same as it was before he beat Gary Russell Jr. in January to win the belt.

“Maybe he’s scared because he brings a lot of people to the press conference shouting,” said Magsayo. “He’s just motivating himself.”